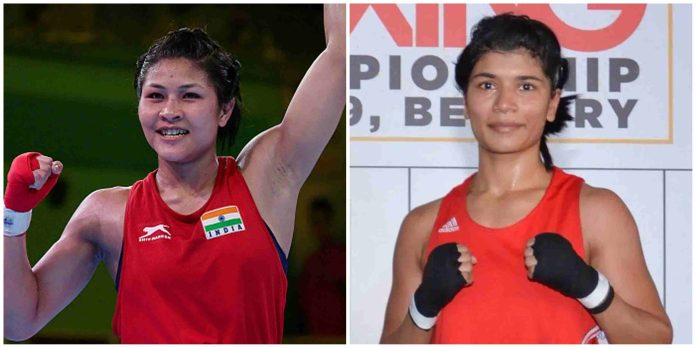 Indian boxing aces Jamuna Boro and Nikhat Zareen marked a winning start to their respective campaigns at the recently commenced National Women’s Boxing Championship at the St Joseph’s International School in Hisar, Haryana on Thursday by winning their first round matches.

Competing in the 54kg category, Jamuna Boro was up against Jyothi Valla of Andhra Pradesh. The world championships bronze medallist, who hails from Sonitpur, Assam, dominated Valla right from the get-go and the referee put a stop to the match just in the first round.

Having won gold at the 2nd India Open International Boxing Tournament in Guwahati as well as at the 23rd President’s Cup 2019 Boxing International Open Tournament held in Labuan Bajo, East Nusa Tenggara, Boro clinched her World Championships bronze as a bantamweight in 2019 at the AIBA Women’s World Boxing Championships in Ulan-Ude, Russia.

On the other hand, Nikhat Zareen also picked up a first round victory in here 52 kg showdown against Siya Walke of Goa, to join Boro in advancing into the second round of the championships.

Hailing from the Nizamabad district of Telangana, Zareen made her international breakthrough back in 2011 when she won a gold at the AIBA Women’s Junior and Youth World Boxing Championship in Turkey, competing in the 51 kg flyweight category. She clinched bronze at the 2019 Asian Amateur Boxing Championships in Bangkok, as well as a silver at the 2019 Thailand Open International Boxing Tournament.

Below here are the results of the opening round of the National Championships across four categories: