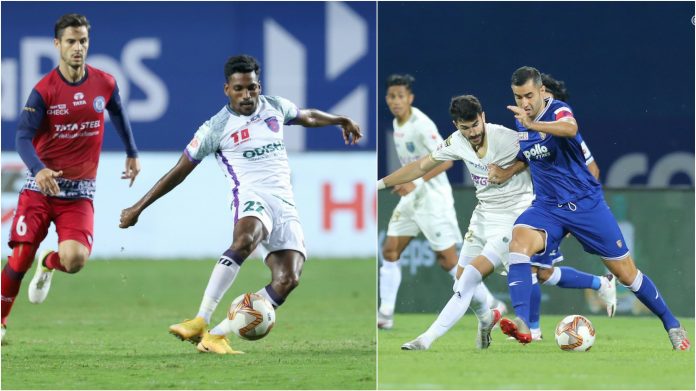 Jamshedpur FC locked horns with Odisha FC in the first clash of Indian Super League(ISL) on Sunday afternoon which ended in a 2-2 affair at Tilak Maidan, while the next match between Chennaiyin FC and Kerala Blasters ended in a goalless draw at GMC Stadium.

Jamshedpur FC vs Odisha FC: A show of two strikers 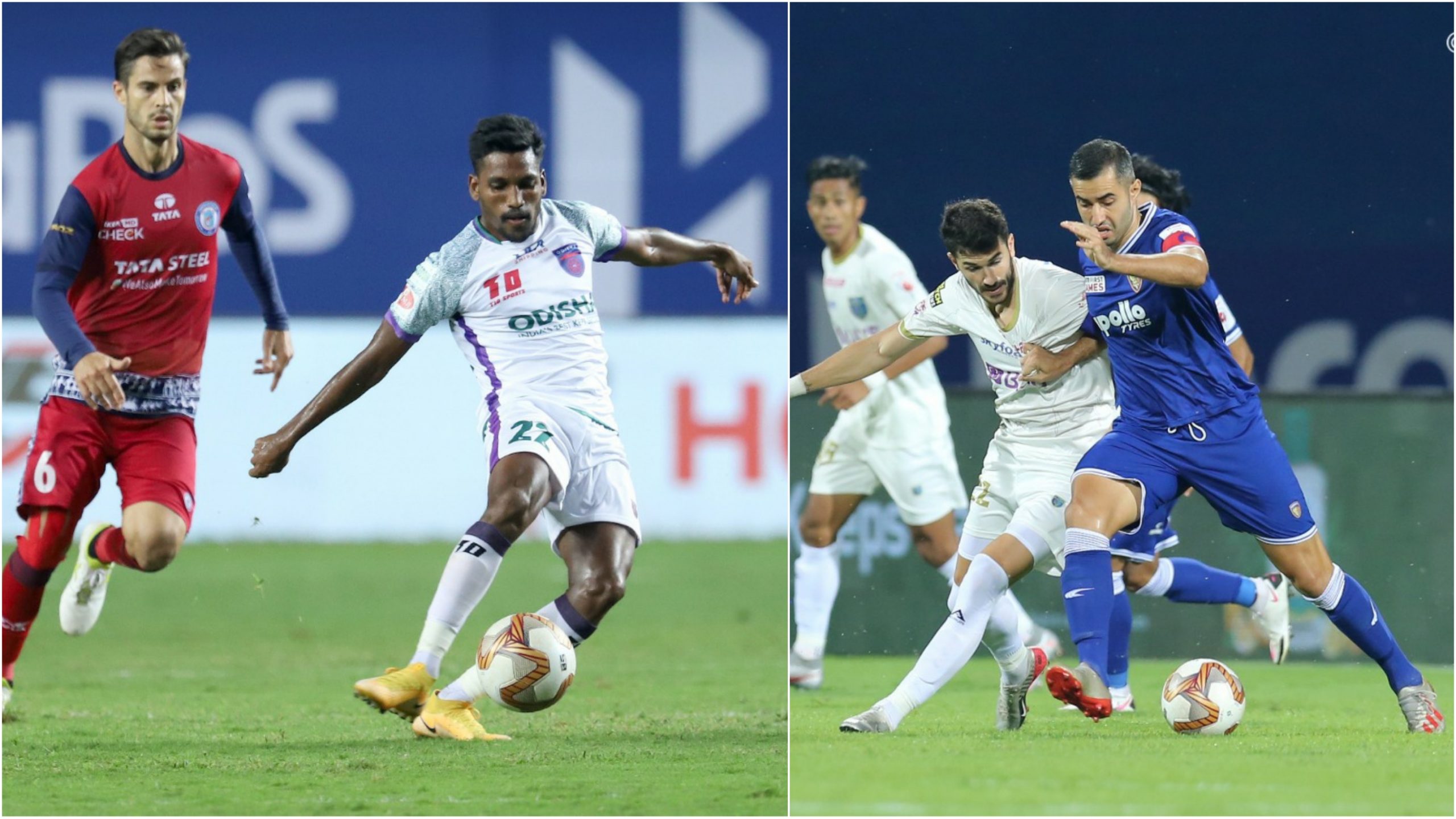 The match at Tilak Maidan saw a showcase of brilliant performaces from two strikers of the two sides. Jamshedpur dominated the first half as striker Nerijus Valskis scored a brace and went into the dressing room with a two goal lead.

After a scramble inside the penalty box from a corner and goalkeeper, Kamaljit Singh failing to get hold of the ball, Valskis was able to turn and his shot hit defender, Gaurav Bora’s hand and a penalty was awarded to  Jamshedpur.

Thus, in the 12th Minute, Valskis netted the opening goal of the match as he converted from the penalty spot.

He once again exploited the mistake of a Odisha defender in the 27th minute. After Shubham Sarangi miscued a clearance, Valskis managed to squeeze the ball into the net from a tight angle.

Odisha started the second half well as they created several chances but were denied by goalkeeper, TP Rehenesh. The match saw more drama as Rehenesh was shown a red card in the 74th minute.

Diego Mauricio who came in as a substitution scored a goal for Odisha from a rebound of a freekick. He was able to spoil the party of Jamshedpur as he scored a injury time equaliser after blasting the ball from inside the box and he made sure that both the teams share a point.

Chennaiyin FC and Kerala Blasters failed to register a goal

The first half was a entertaining one with both sides creating many chances.Chennaiyin were a better team on the pitch in first 25 minutes but Kerala Blasters matched their efforts. The teams went into the dressing room goalless. 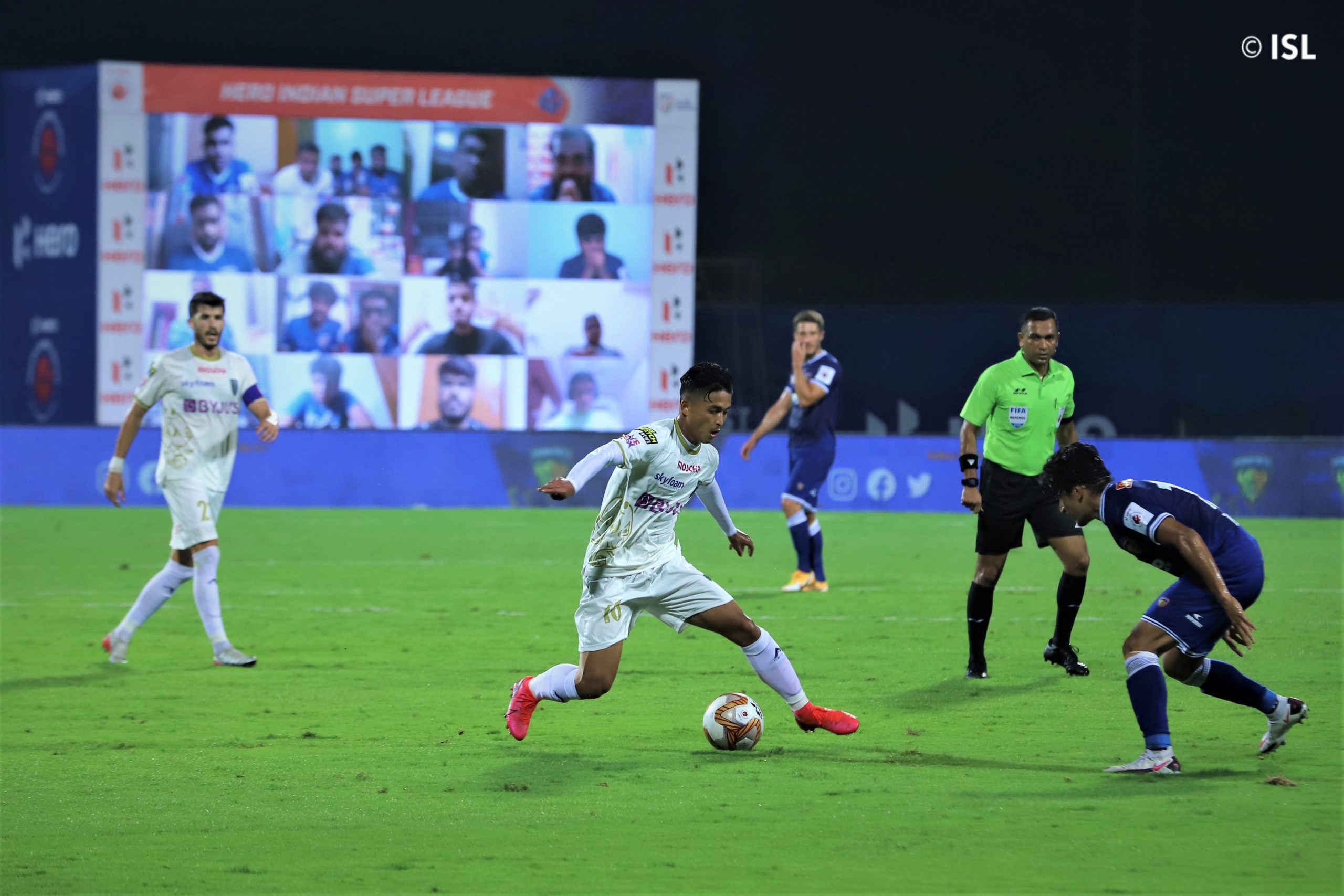 In the second half, the players looked lethargic and both the sides failed to yield a goal and lost momentum as well.

However, Chennaiyin FC failed to net a goal as Jakub Sylvestr’s spot kick was denied by goalkeeper, Albino Gomes in the 74th minute.

Nothing much changed from the end of the first half as the outcome remained the same.

Thus, both the matches ended all square and  all four teams gained one point each.