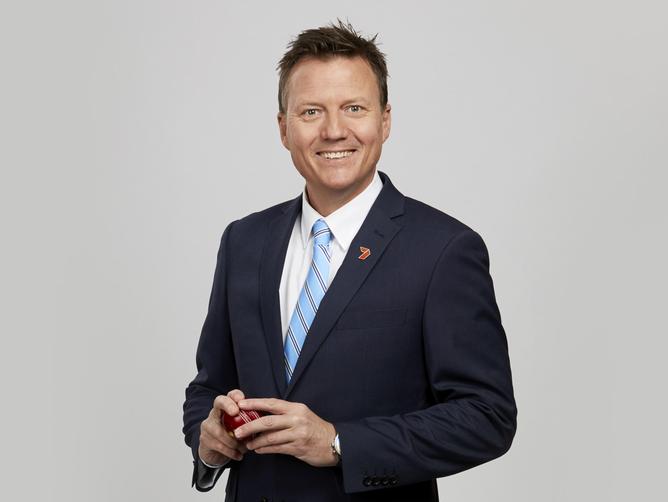 Many times we have heard that commentators comment on various things on air, which also included some slip of the tongue from them too. Recently, another matter has come in the limelight as James Brayshaw referred Sunil Gavaskar as Sachin Tendulkar while giving the introduction during a channel’s commentary for the third Test between Australia and India at the Sydney Cricket Ground.

Brayshaw was hosting for Channel 7 and nearly at the end of the Indian innings, he introduced his fellow commentators Gavaskar and Damien Fleming where he welcomed Gavaskar to the show but referred to him as Sachin Tendulkar.

Here is a part of the conversation:

Brayshaw: “We were just talking…

Fleming: “[This is] the great man, the little master.”

Brayshaw: “My apologies Sunil, we were just talking about him a second ago.”

Brayshaw: “We were just talking about him a second ago.”

Fleming: “We share a birthday Sachin, the 24th of April,” to which Gavaskar responded, “not the same year though.”

Brayshaw: “Suni, we can share with the audience why we were talking about Sachin Tendulkar,” Brayshaw said. “I asked you, I said ‘Is he the most loved Indian cricketer of all time?’ There have been a few, yourself included.”

Gavaskar: “I think so. I think amongst the cricket followers, if you look at Dhoni, Kapil Dev, Virat Kohli and Sachin Tendulkar they are all loved by millions and millions of not just Indians, but other nationalities as well. I would imagine in India it would be perhaps Sachin Tendulkar.”

However, Sunil Gavaskar is a renowned cricketer turned commentator in India whereas Sachin Tendulkar is considered as one of the best cricketers in the world cricket. It is also noteworthy that the former Indian captain Gavaskar was the first cricketer to score 10,000 Test runs as well as has the most Test centuries too and both records are now held by none other than Tendulkar.