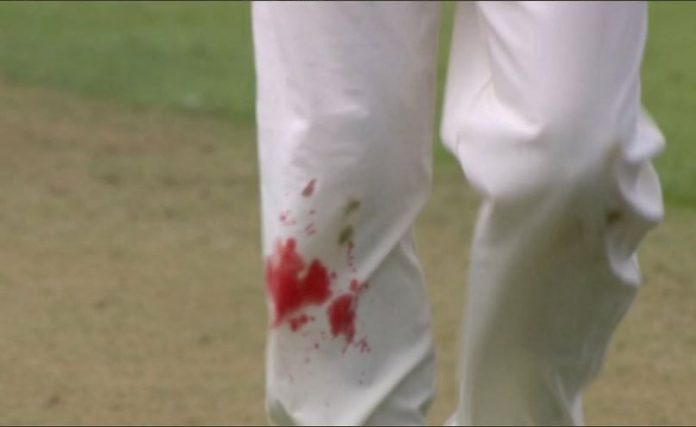 The sport of cricket demands the utmost commitment and passion for the game. 39-year-old James Anderson’s display upheld the fundamentals of the game as he continued to bowl with a cut to his leg on the first day of the fourth Test between India and England. 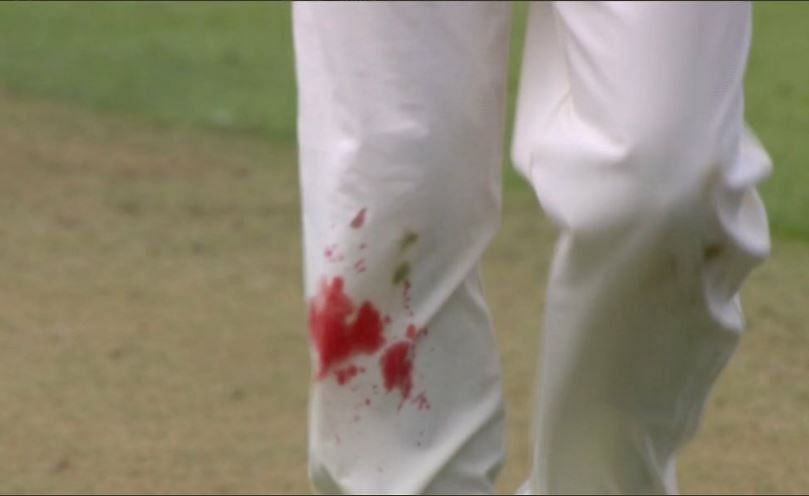 The seamer was not at his accurate best in his first spell after going for 20 runs in his first four overs. He failed to find swing and was eventually taken off the wicket.

However, the pacer made an impact in his second spell and got the wicket of Cheteshwar Pujara, much like how he dismissed him in the second innings of the Leeds Test.

During play in the 42nd over, Anderson was seen bowling with a cut on his leg that led to a visible patch of blood on his jersey, just below his knee. The injury might have taken place during fielding, but the record-holding pace bowler continued to bowl despite the setback. Have a look at the image right below:

Anderson, along with the rest of the England bowling attack were on point again as they bundled India out for a paltry 191 in the first innings. The side welcomed back Chris Woakes, and he emerged to be a welcome addition by being the pick of the bowlers across both the sessions.

India’s poor series with the bat continued at The Oval. The batting unit never seemed to have command over the proceedings. The usually reliant opening pair of Rohit Sharma and KL Rahul departed early while the middle order crisis was on full display. Cheteshwar Pujara and Ajinkya Rahane walked back with minimal contributions, but in a minor positive, skipper Virat Kohli struck his second consecutive fifty of the series. Shardul Thakur saved India from utter shambles by compiling a half-century.

ENG vs IND: Ravi Shastri wants India to forget about Leeds and think of Lord’s