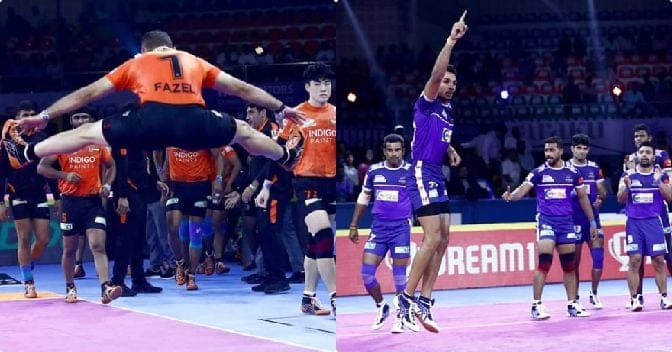 U Mumba who had defeated the Telugu Titans in the first encounter of PKL season 7, were trashed by the Deepak Hooda led Jaipur Pink Panthers today at Gachibowli Indoor Stadium at Hyderabad. On the other hand Puneri Paltan lost their first encounter against the Haryana Steelers by a margin of 10 points courtesy a good performance by the Haryana raider Naveen who scored a total of 14 raid points. 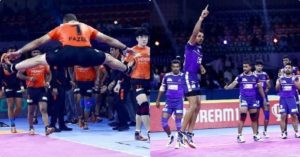 U Mumba were on a high after defeating the hosts Telugu Titans in the first encounter of the Pro Kabaddi League season 7. Jaipur the Abhishek Bachchan owned kabaddi franchise, who had won the inaugural edition of the Pro Kabbadi league performed well courtesy  Deepak Hooda and Amit Hooda who did the bulk of the scoring for the Pink Panthers . Abhishek Singh continued his good form for the Mumbai franchise by scoring 7 raid points.