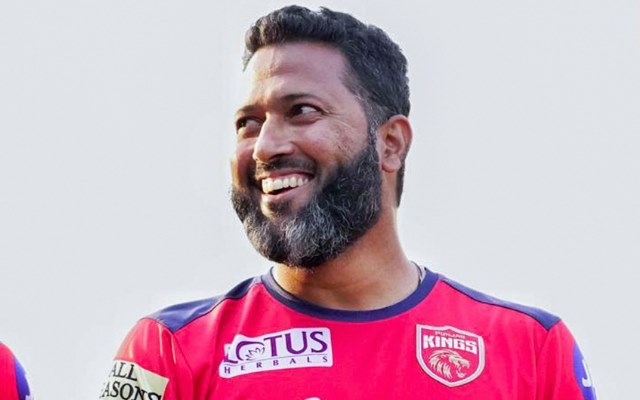 Former India batter Wasim Jaffer has stepped down as the assistant coach of the Punjab Kings. The 43-year-old had been associated with the franchise since 2019.

In typical fashion, Jaffer announced his decision to the world with the help of a meme. He chose a snippet from the Bollywood movie “Ae Dil hai mushkil” with Ranbir Kapoor singing that left the Twitterati in splits.

Jaffer had a prominent domestic career and had coaching stints with a couple of Ranji sides as well. He was roped in by the Punjab franchise in 2019 to assist head coach Anil Kumble in the works.

Apart from the meme, Jaffer also posted a message, wishing Anil Kumble the best of luck for the upcoming auctions and the season. Have a look at the tweet right below:

Adios, and thank you @PunjabKingsIPL, it's been a pleasure. Wishing @anilkumble1074 and the team very best for #IPL2022 🤗 pic.twitter.com/rDivb0akZp

Adios, and thank you @PunjabKingsIPL, it’s been a pleasure. Wishing @anilkumble1074 and the team very best for #IPL2022

Punjab Kings are the only franchise to have retained two players and have the highest purse heading into the auction. They have retained Mayank Agarwal and Arshdeep Singh ahead of the event.

The franchise also needs to recruit personnel into the coaching staff with Andy Flower also leaving his role after the end of the 2021 season. The former Zimbabwe international has joined the Lucknow Super Giants as the head coach of their side and reunites with former Punjab Kings captain KL Rahul.

The 2014 finalists wished to retain the services of KL Rahul, but the wicket-keeper batter did not wish to extend his stay with the side. The team also failed to come to a deal with the likes of Ravi Bishnoi and Shahrukh Khan, who chose to go back into the auction pool.

While the young leg-spinner will play under KL Rahul at Lucknow, Shahrukh Khan is one of the most sought after players in the auction following his exploits in the previous domestic season.