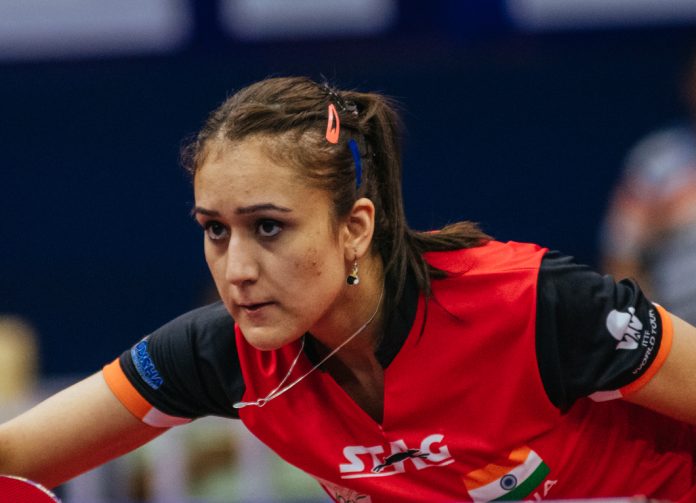 Indian table tennis stars Manika Batra has made a huge leap of to reach her career highest ranking of 38 in the latest International Table Tennis Federation (ITTF) rankings.

Two-time Commonwealth Games gold medallist Manika Batra, who was placed 48th in the women’s singles rankings, made a massive jump of 10 position to reach the rank of 38, in the wake of the sport’s international governing body sanctioned changes to the points system.

Alongside Batra, Sathiyan Gnanasekaran has been placed as the highest ranking Indian men’s singles player at a world rank of 34, closely followed by Sharath Kamal, the veteran paddler who recently clinched his 10 National title.

Sreeja Akula, who won her maiden National title in Shillong, gained a whopping 39 positions to reach 68th rank, and Archana Kamath jumped to 66th position from her earlier rank of 98.

Reeth Tennison, who clinched gold at the ITTF Ecuador International Open back in November, leaped an astounding 197 positions to reach the world rank of 97. As of now, thre are two male and four female players from India in the top-100 spots of the the ITTF singles rankings.

“In 2020, a transition phase was implemented to adapt the Ranking to the new WTT events’ structure. Thus “initial points” were introduced, adding a fixed number of points to the best eight results gained; the initial value was 80 per cent of a player’s total points in December 2020,” an official statement from the ITTF read.

“Due to Covid-19 and the difficulty to organise events, the “initial points” were maintained for a longer period and reduced at a slower pace. As of January 2022, they had been reduced to 20 per cent. The total number of events in 2021 and 2022 has afforded players the opportunity to gain ranking points. Removing the “initial points” allows players who performed well in recent tournaments to climb the listings and gain entry to higher tier events,” the statement added.