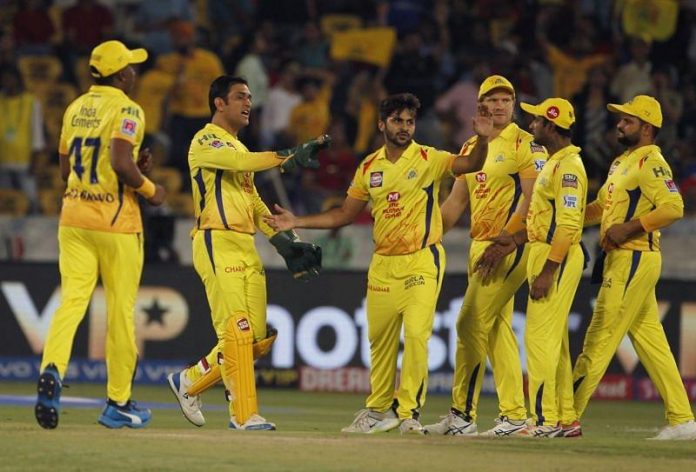 Four matches, four wins. The equation seems straightforward for the Chennai Super Kings (CSK) to stay afloat, as the Indian Premier League (IPL) moves into a defining stage. Brick by brick the team has seen a major paradigm shift this season, failing, not just ordinary but in extraordinary circumstances and fashion.

With just three wins from ten matches, they conspicuously find themselves at the extreme end of the table, eight in what was a shocker but should it?

This CSK team has often thrived under the pressure of always chasing things, be it targets, be it wickets or runs but now the ‘I will chase’ approach is not working, they need to start taking things early and not leave it late, so starting against Mumbai Indians (MI), either start early or get doomed chasing late!

Can they pull off the most improbable comebacks in the IPL history? With just four matches to go, can CSK perform the ultimate prison-break and qualify for the playoffs?

For Dhoni and Co, the scenario couldn’t have been any trickier. They face four time-winners and perennial arch-rivals Mumbai Indians at Sharjah on Friday and only a win would see their playoff hopes stay alive. The situation was completely different when these two sides locked horns in the opening match of the season when CSK broke the jinx of having lost 5 matches on the trot to MI by winning in clinical fashion.

CSK and the playoffs

Currently, on six points, Chennai need to win their remaining four matches, which will take them to 14 points. It will give them a mathematical chance of qualifying for the knockouts. In addition, they need favours from elsewhere and will hope that the top three teams currently (Mumbai, Royal Challengers and Delhi Capitals) continue with their winning ways.

The way they can capitalise on teams around them slipping up and getting to the fourth spot. In this scenario, CSK would finish with 14 points with DC, MI and RCB as the other three teams.

Given what happened with the Sunrisers Hyderabad last year, even if Mumbai Indians beat CSK on Friday, CSK wouldn’t still be out of the competition. They can qualify with 12 points but will need many other permutations to go their way.

In this case, the CSK will hope that RR, SRH, and Kings XI lose at least two of their remaining matches, KKR ideally lose 4 of their remaining 5 matches and pray for a lot of divine intervention! Or it will be the first time when they would not make it to the playoffs of the IPL – an unimaginable event in itself!

CSK and the future

Not much has gone Chennai’s way since their opening-day victory over Mumbai Indians. Since then Mumbai have grown in confidence and have seen almost all its players contribute in what has been a highly successful season. Chennai though have struggled as most of their experienced players have failed to produce the form of the past.

That CSK is an ageing outfit is evident. The energy levels have been lower than all other sides in the league, and this tells in crux situations when the match is in the balance.

There’s barely been a match when the batting’s delivered a huge score or chased without hiccups. Moreover, Dhoni’s effort at keeping the motivation and morale of the team have been affected by his own mediocre batting form.

This is perhaps the first time since the IPL began that Dhoni hasn’t done anything spectacular so deep into the tournament. Probably the uncomplicated target of having to win at any cost may be a blessing in disguise for Chennai Super Kings.

Another tentative performance henceforth will be the final nail in the coffin for CSK and their playoff aspirations. Having endured one of the worst seasons in their history, CSK will hope to find the winning momentum on the back of just 1 win from the last five outings.

Looking at form and performance, DC, MI and RCB are almost certain to make the playoffs. But can the CSK take that fourth spot? That is the million-dollar question!