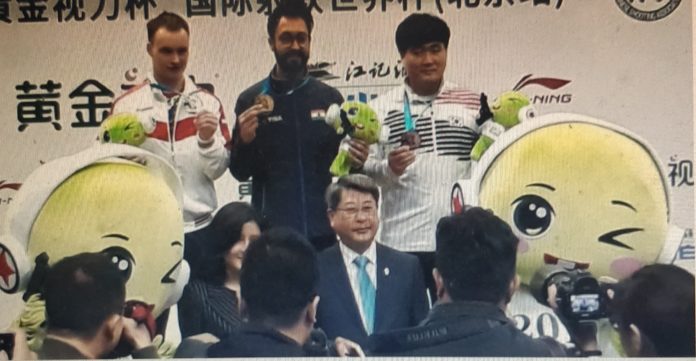 The Indian shooters continued their terrific performance from where they left from the ISSF World Cup in New Delhi as they finished in the top of the podium at the Beijing edition of the competition. India won three gold medals and a silver medal, securing two Tokyo Olympics quota in the process.

The duo of Anjum Moudgil and Divyansh Singh Panwar started the gold quest for India as the pair stood at the top of the podium in the 10m air rifle mixed team event on Thursday. In the 10m air pistol mixed team event, the teenage duo of Manu Bhaker and Saurabh Chaudhary comprehensively beat their Chinese opponents in the final to secure India’s second gold.

A day after winning gold in the mixed team went, 16-year-old Divyansh Singh Panwar secured India’s first Olympic quota by bagging a silver medal in the 10m air rifle event. The Jaipur-born shooter finished with a score of 249.0 as China’s Hui Zicheng took the honors with a 0.4 point gap.

Abhishek Verma bagged India’s third gold medal and their second Olympic quota by winning the yellow metal. Competing in only his second ISSF World Cup, the 29-year-old didn’t show any signs of nervousness in the 10m air pistol event.

India vs England: Twitter goes into a frenzy as Kuldeep Yadav...