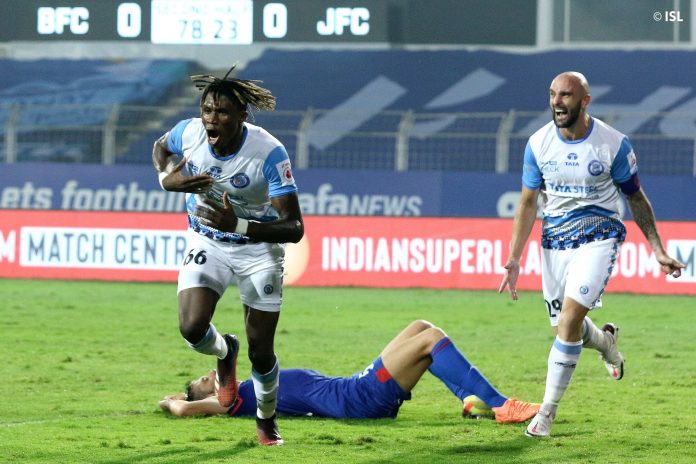 The match between Bengaluru FC and Jamshedpur FC ended with the latter getting the win in Indian Super League(ISL) on Monday at Fatorda Stadium. 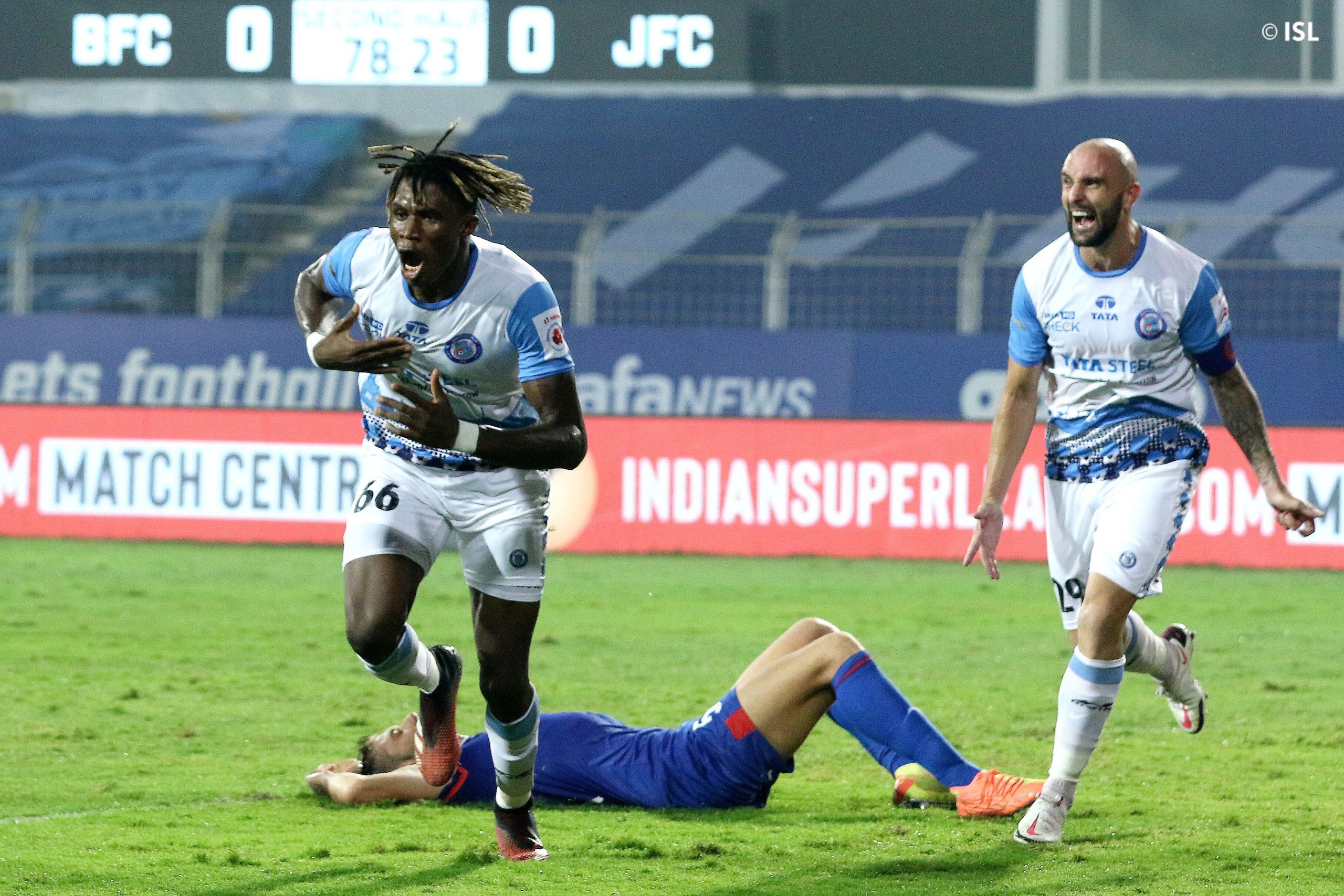 Bengaluru was awarded a free-kick early in the game. Kristian Opseth curled in a left-footed free-kick and kept it on target but TP Rehenesh denied the shot away from goal.

Nerijus Valskis almost broke the deadlock. Aniket made a run down the right flank and delivered the ball in the middle for Valskis who was unmarked. He struck the ball inside the box but it went above the crossbar.

Bengaluru ace striker, Sunil Chhetri got huge chances but could not manage to convert into goal.

Suresh was able to find Sunil Chhetri at the edge of the box, who attempted a shot but it got deflected off a Jamshedpur player and went just wide.

It was Suresh once again who entered the box from the left following a through ball from Cleiton and found Sunil Chhetri whose first-time shot went wide again.

Jackichand Singh got a chance near the end of the first half. His header from inside the box was denied by goalkeeper Gurpreet Singh Sandhu and the ball bounced in front of the goal and went above the crossbar.

After the restart in the second half, Jamshedpur were denied by two crucial blocks. Peter Hartley’s weak shot was saved by Gurpreet Singh and then the rebound fell into Eze’s feet. His shot was blocked by Rahul Bheke.

Stephen Eze broke the deadlock and tallied his third goal of the season. Lima played a pass to Aniket on the right and the latter delivered a cross in the box.

Eze beat his marker and dived low to the only goal of the game. With five minutes remaining of the regulation time, TP Rehenesh denied Bheke with a point-blank save.

Bengaluru will the play table-toppers Mumbai City on January 5. Jamshedpur meanwhile will have  a break with their next match coming on January 10 against Kerala Blasters.