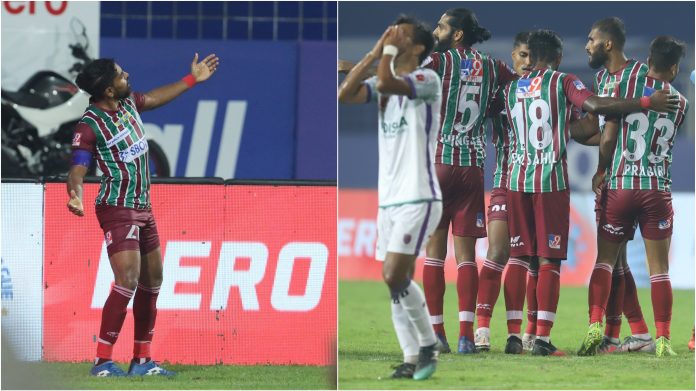 ATK Mohun Bagan clinched a 1-0 victory against Odisha FC in the Indian Super League(ISL) on Thursday evening at Fatorda Stadium. 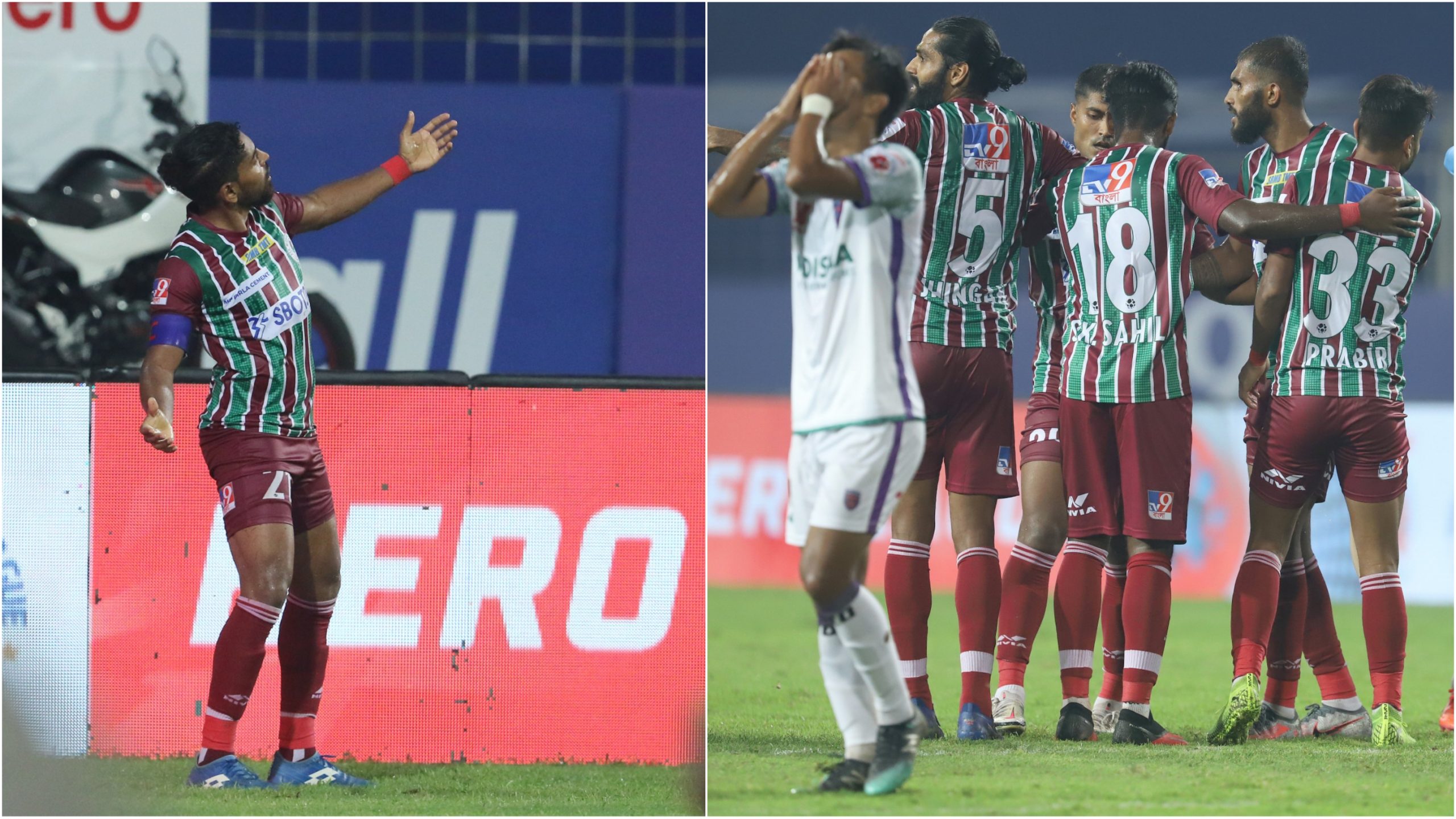 Many attempts on the goal looked dangerous for the goalkeeper of the teams but neither team could register the breakthrough goal.

In the 35th minute, Diego Mauricio had quite a run but was hounded out by ATK Mohun Bagan defenders. From the corner kick, which was taken quickly, Jacob rose high and he attempted a header. The golden opportunity was missed as his header was off target and the ball went wide.

Right after the restart of the game, ATKMB’s Prabir Das was brought down by Hendry Antonay at the egde of the penalty box and referee blew the whistle for a free-kick.

ALSO READ: ISL Match 14 Review: Hyderabad-Jamshedpur clash fizzles out at a 1-all conclusion

However, to everyones shock, the replays showed that the foul was committed inside the penalty box and was supposed to be a spot-kick. Yet another wrong decision had cost a goal.

The consistent attacks of ATK Mohun Bagan started building up pressure on Odisha. In the 56th minute, the ball had gone into the back of the Odisha’s net after a shot from Cole Alexander into his own net.

But, yet again referee pulled back and blew his whistle for a handball by Manvir Singh, who made his 50th appearance in the ISL. The goal was then disallowed and the score remained goal less.

Roy Krishna comes to the rescue for ATK Mohun Bagan

ATK Mohun Bagan ace striker rose to the occassion once again for his team and would be considered no less than a saviour. His injury time goal helped them pull off a dramatic victory in the dying minutes of the game.