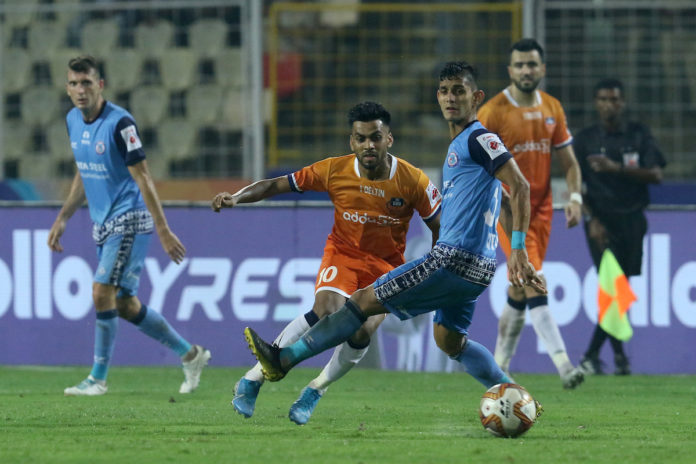 Jamshedpur FC inflicted FC Goa’s first defeat of the season after Sergio Castel’s 17th-minute strike saw them walk away with a 1-0 victory. 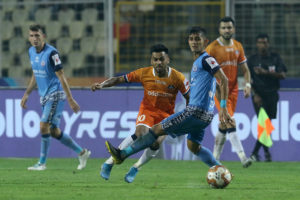 The win saw Jamshedpur move to the second spot and Castel take his tally to 4 goals this season.

Right from the start of the game, Goa dominated the proceedings. Jamshedpur however found an opening in the 12th minute when Robin Gurung’s cross found C.K. Vineeth. But his effort went just wide.

Just five minutes later, the side took the lead after Castel converted Choudhary’s cross, slotting the ball into the bottom corner.

Both sides had their fair share of chances before the break but neither couldn’t make it count.

Coming back from the break, Goa continued to apply pressure, in search of the equaliser. Luck clearly wasn’t on their side as they were reduced to 10 men after Ahmed Jahouh picked up his second yellow card following his challenge on Noe Acosta.

Jamshedpur then saw out their opponents for the remainder of the second half to return to winning ways.