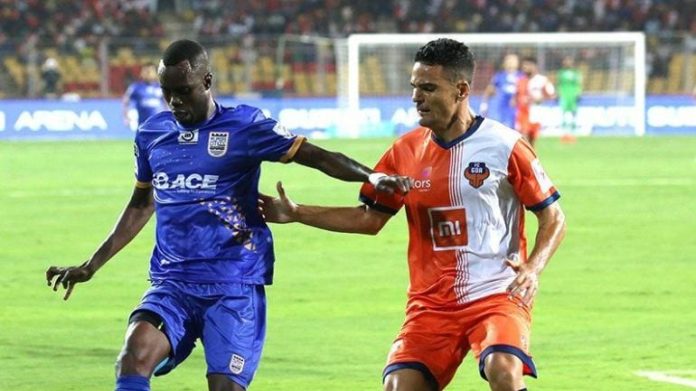 F.C Goa came hard and fast to defeat Mumbai City F.C in the Hero Indian Super League at the Mumbai Football Arena on Thursday. The Adrenaline of the Goan players was high from the word go as F.C Goa came hard at the opponents created golden chances in the early moments of the game and eventually scored their first goal in the 27th minute courtesy a goal from the midfielder Lenny Rodrigues and was assisted by the experienced Indian midfielder Brandon Rodrigues. 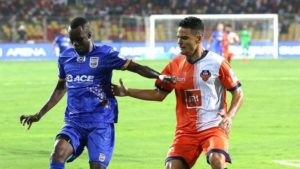 The second goal came at the stroke of half time where Ferran Corominan doubled the lead for FC Goa.

Right after the break it was a spirited Mumbai City F.C who came in hard and equalised within 10 minutes after the second half started as Sarthak Golui and Souvik Chakraborty scored in the 49th and the 55th minute respectively to equalise the things for Mumbai City F.C .

Goa came back the early hiccup in the second half but a 59th minute by Hugo Bumonos gave back the lead to Goa which led to a more aggressive play by the Mumbai City players but a counter attack in the last minutes of the game by Carlos Pena sealed the deal for the Goa team as they moved to the top spot in the early stages of the tournament.

Liverpool ease past Porto to storm into the semis

For the second day running, Romelu Lukaku is training at a...

Premier League not averse to presenting trophy to Liverpool to close...