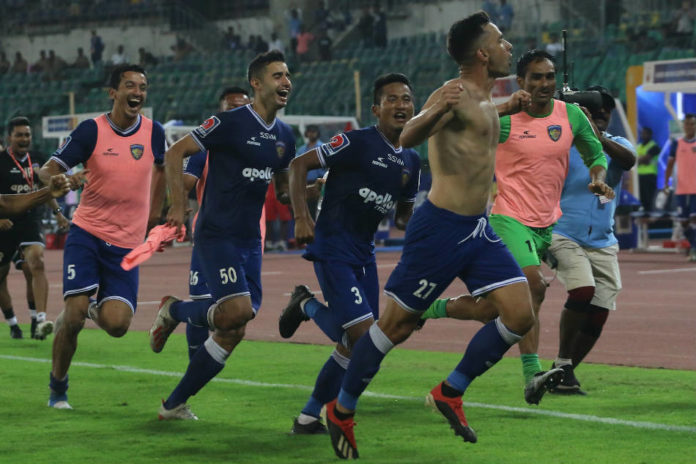 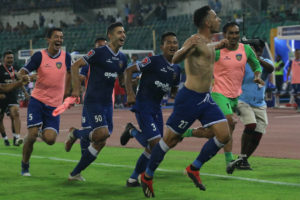 The first goal of the night came in added time when Andre Schembri put the hosts ahead with just 4 more minutes to play for. But the visitors capitalised from a corner just minutes after they conceded to draw things level. However, Chennaiyin had the last laugh as Valskis walked away with the winner.

Chennai started off the game brightly as Crivellaro’s pass early on in the game found Chhangte. But his shot was kept out from a charging Kamaljit Singh. Hyderabad were poor at the back and were caught in trouble often, needing Kamaljit to bail them out everytime.

Chances were coming think and fast for the hosts, but poor finishing saw them still wait for their first goal since February. Even in the second half, Chennaiyin were trying hard to get the decisive goal but an inspired performance from Kamaljit kept the visitors in the game.

The game however saw an unexpected finish as the fans were treated to three goals in the stoppage time. Andre Shembri finally ended Chennaiyin’s goal drought after opening the scoring in the 92nd minute.

Just when the hosts thought to have sealed the deal, Matthew Kilgallon equalised three minutes later with a superb header from a corner that found the back of the net.

When it looked as though the hosts had no luck in favor of them, Nerijus Valskis stepped up to score the winner in the final minute of the game. This saw Chennai leapfrog Hyderabad to 9th position in the table.