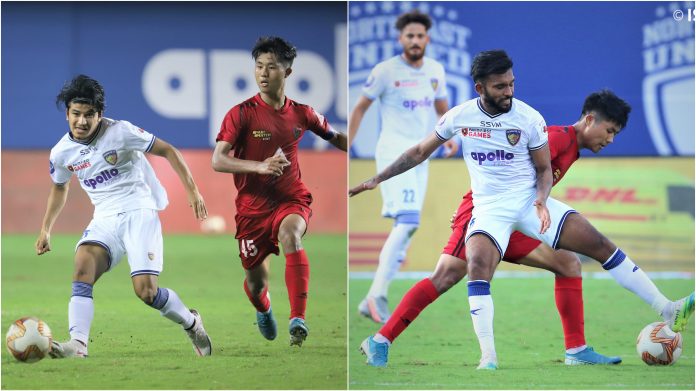 In the first match of the double header in the Indian Super League (ISL) on Sunday, NorthEast United clashed with Chennaiyin FC at Tilak Maidan in a goalless contest after both teams failed to tally a goal.

NorthEast United and Chennaiyin FC shares a point each 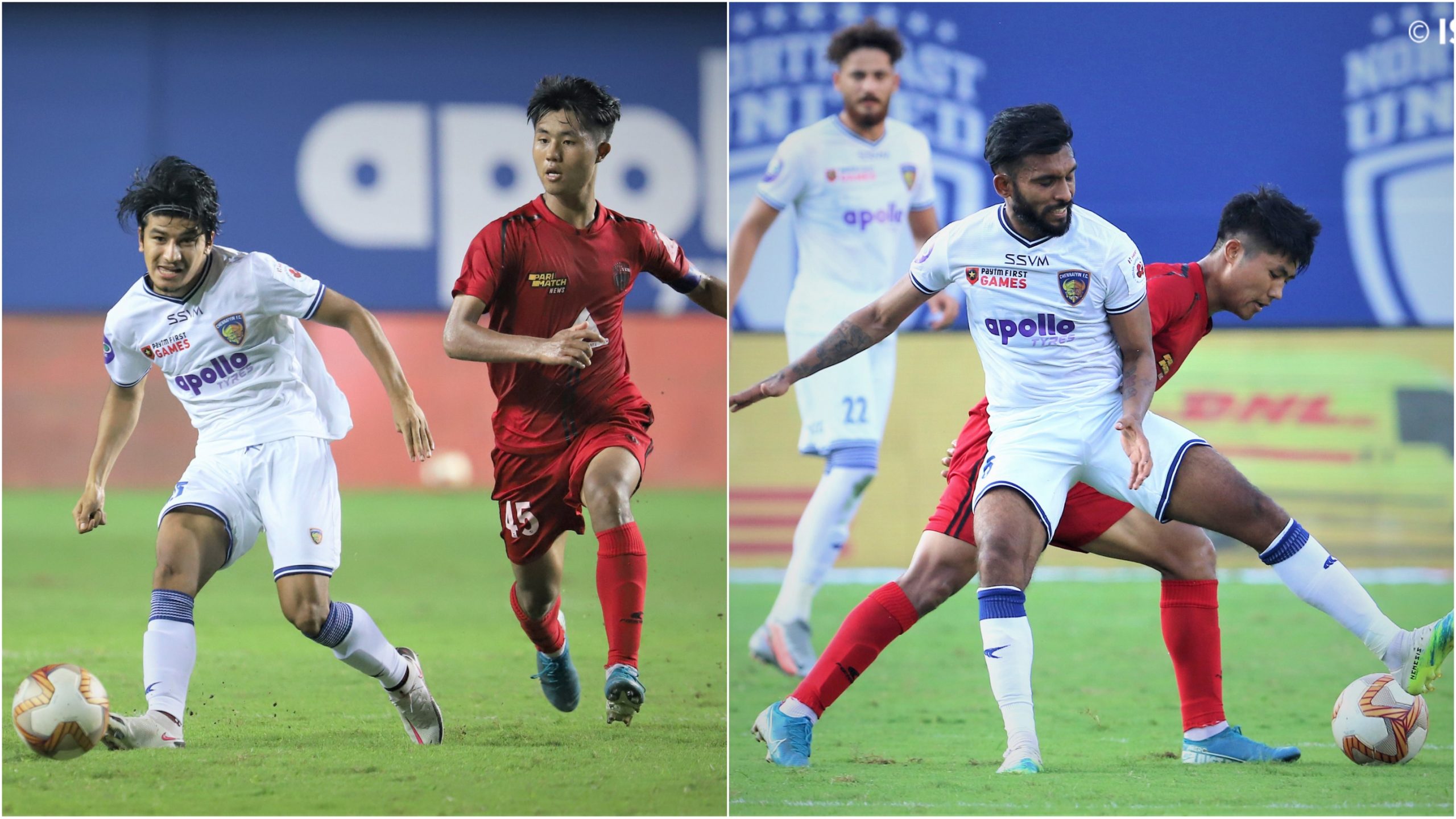 The first half of the game saw pace from both the teams. Chennaiyin FC got an early chance in the opening couple of minutes.

Chhangte whipped a ball in from the left flank but goalkeeper, Gurmeet managed to get a touch with his hand.

Following that The Highlanders also created a chances as Ninthoi sent in a great cross in the centre from the right flank but Idrissa Sylla could not get a touch as the ball went ahead of him.

It was a very fast paced action in the first half as both the teams created several chances. In the 16th minute NorthEast United got a corner from which the ball was sent out wide

It was then sent back in for Lambot, who connects with it poorly but it hits the arm of a Chennaiyin FC as shown in replay but the referee denied giving the penalty.

The chances created from the both the teams did not yield any goal in the first 45 minutes as they went into the dressing room goalless.

Both teams unable to break the deadlock

Gerard Nus’ men tried to score the breakthrough goal within the ten minutes after the game resumed in the second half.

An outstanding shot on goal from NorthEast United FC could have scored the breakthrough goal but goalkeeper Vishal Kaith was ble to get his hands to it and sent it out for a corner.

A dangerous ball was delivered by Machado from the corner but Sylvestr defended with a header and sent it out for a corner again.

In the 66th minute, Roccharzela created a fine chance as he delivered an exceptional through ball to Idrissa Sylla but he failed to get a shot on the goal.

In the late minutes of the game both team managed to created chances and get shots on the goal but could not find the back of the net. Thus, bagged one point each and the match ended with the scoreline 0-0.