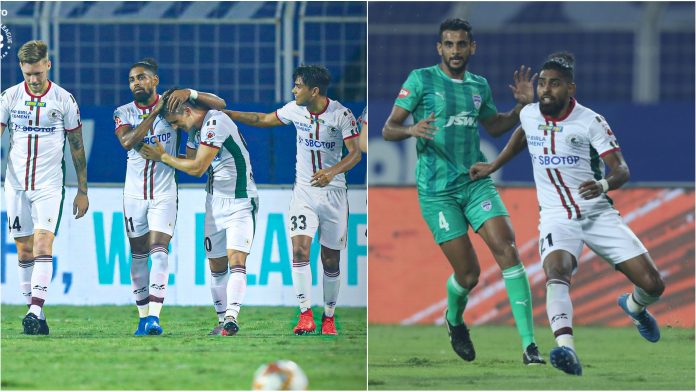 ATK Mohun Bagan were victorious in a 2-0 affair against Bengaluru FC in the Indian Super League ( ISL) on Tuesday at Fatorda Stadium. 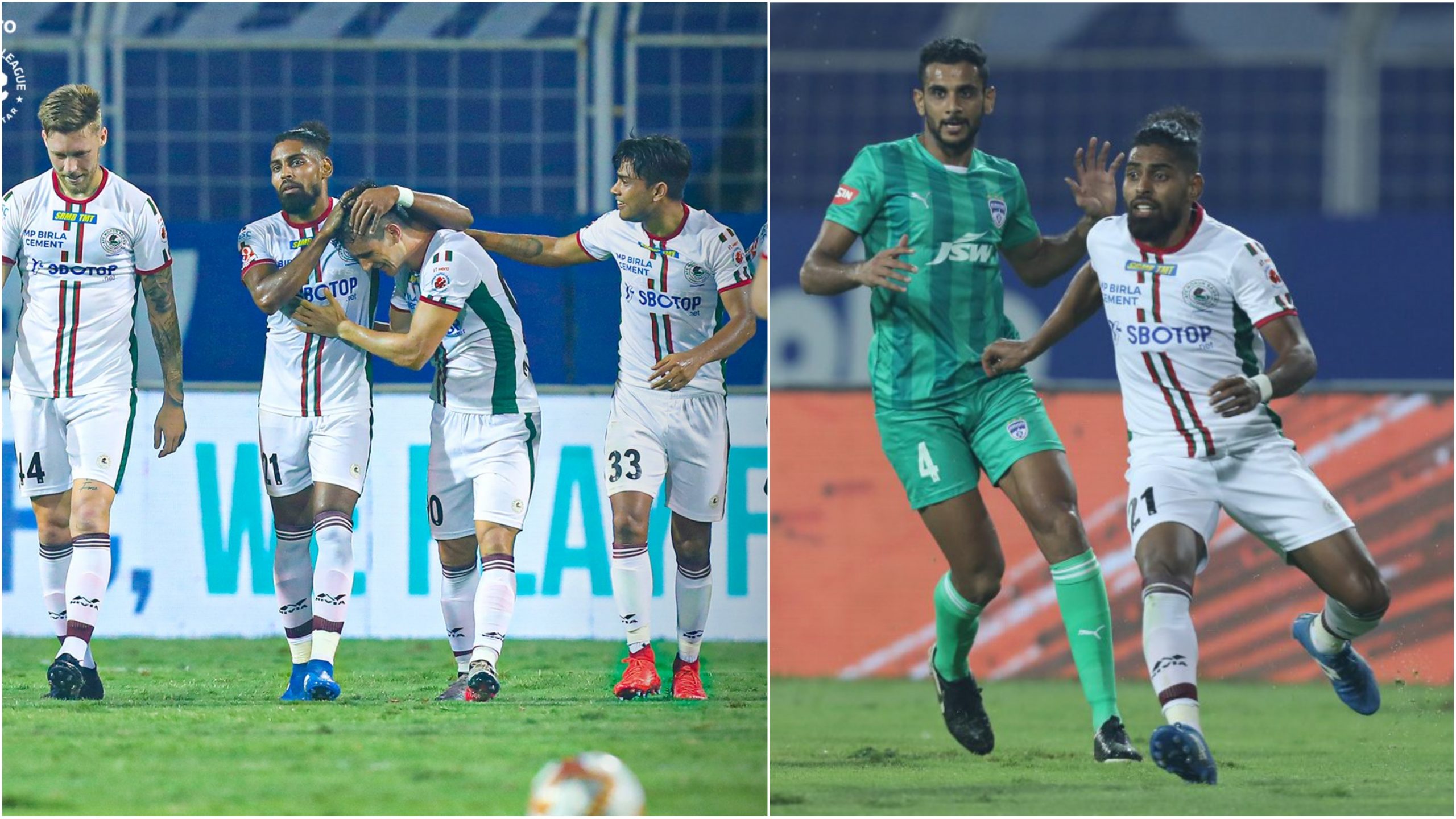 Right after the half an hour of play, Pratik Chaudhari fouled Roy Krishna inside the box and undoubtedly it was a spotkick as the decision was taken from the referee.

But, the Bengaluru FC players and the referee were involved in an argument and the decision stood as a penalty.

In the closing minutes of the first half, ATK Mohun Bagan secured their second goal. Marcelinho was able to make the score 2-0 for ATKMB with a free kick off his left foot. Gurpreet gave his all but the ball was too quick for him and went into the back end of the net.