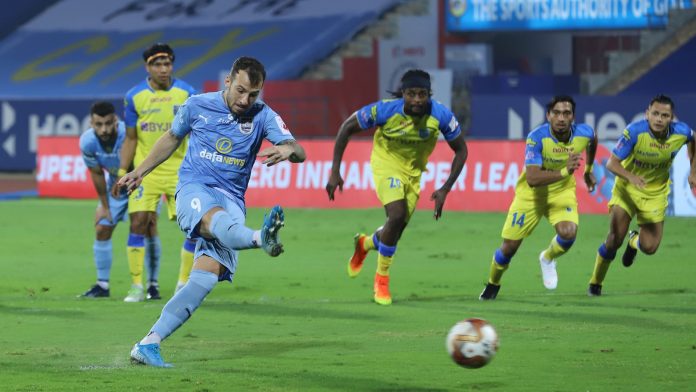 Mumbai City FC got an edgy  2-1 victory as they made a comeback over Kerala Blasters in the Indian Super League (ISL) on Wednesday at GMC Stadium. 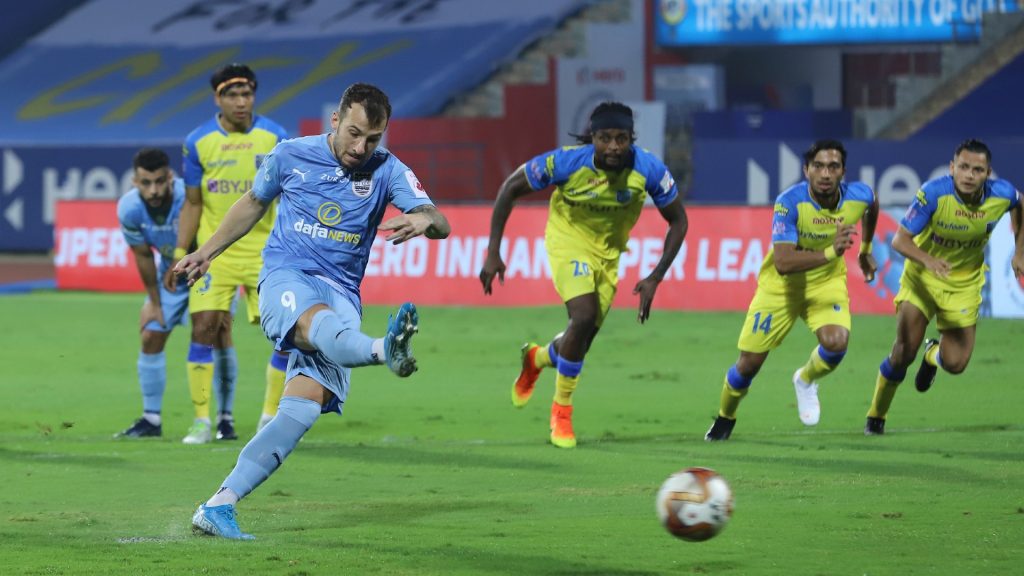 Le Fondre controlled the ball well early in the game and saw Kerala Blasters centre-back Costa Nhamoinesu slip. He soon saw himself in a one-on-one situation with goalkeeper Albino Gomes but fired the ball wide off target.

Near the half an hour mark, Kerala Blasters got a corner. Sahal Abdul Samad took the corner as he floated the ball and Gomez escaped his marker with ease and headed the ball past goalkeeper Amrinder at the near post to give his side the lead.

In the second half, Mumbai City started off very strongly. Adam le Fondre passed the ball to Cy Goddard on the right flank. The latter evaded a tackle and got into the box. Goddard’s attempted shot took a deflection off Costa Nhamoinesu and reached Bipin.

He found the back of the net from a narrow-angle, despite pressure from Sandeep Singh as he equalised.

Le Fondre slammed the ball to the left of Kerala goalkeeper Albino Gomes, who didn’t move. Kerala Blasters relinquished their lead and then trailed. Eventually, they were defeated.