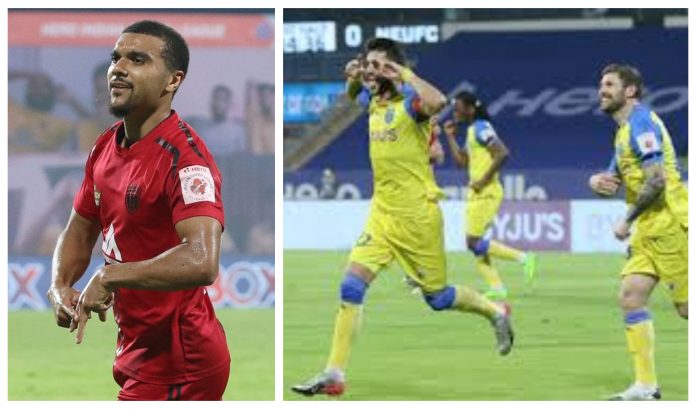 The match between NorthEast United and Kerala Blaster in Indian Super League(ISL) ended in a highly dramatic manner after both the teams finished the game all square with a 2-2 scoreline. 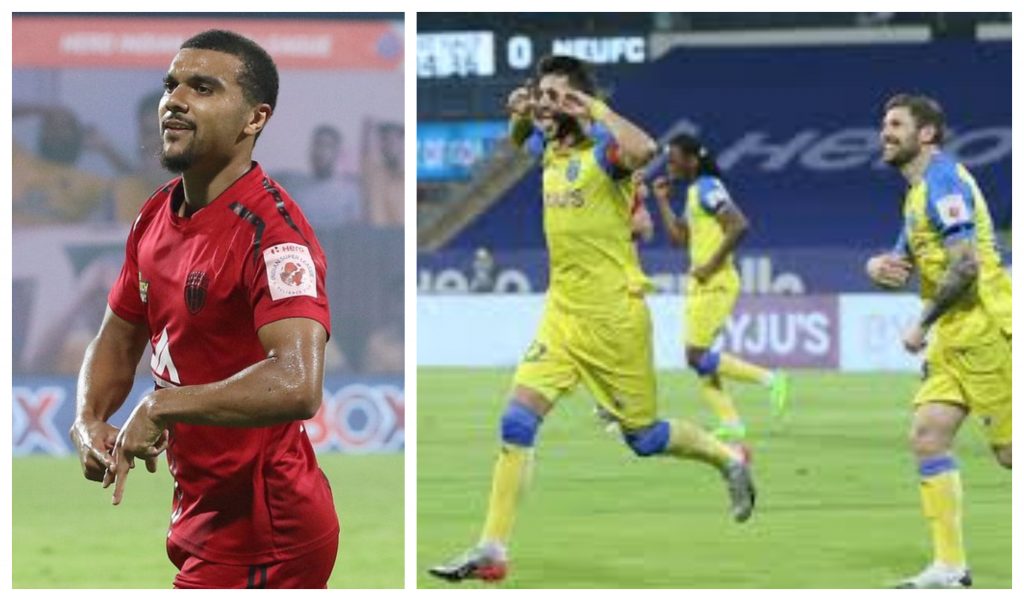 The clash on Thursday saw NorthEast United and Kerala Blasters lock horns at GMC Stadium in Bambolim. Both the teams had previously seen opposite outcomes in their opening contests.

NorthEast got the victory with a narrow escape by one goal against Mumbai City, while Kerala lost to ATK Mohun Bagan by a one-goal margin.

Within five minutes of the game, skipper Sergio Cidoncha’s strong header from a set-piece earned The Highlanders an early lead.

Seityasen Singh curled the box the ball into the box from a free-kick and Cidoncha made no mistake and tucked the ball past goalkeeper Subhasish Roy Chowdhury.

ALSO READ: ISL Match 5 Review: Chennaiyin hold onto their early lead in a 2-1 win over Jamshedpur

At the brink of the first half, Puitea fell down inside the penalty box of NorthEast and the referee directed to the spot for a penalty kick. Gary Hooper turned up to take the kick and scored his maiden goal in ISL. Thus, secured the insurance goal for his side.

In the 51st minute, Federico Gallego took the corner kick and the ball fell to Kwesi Appiah inside the box as a result of confusion between Albino Gomes and Bakary Kone. Appiah’s attempt on goal was blocked by Gary Hooper on the goal line but he netted the goal from the rebound.

NorthEast were awarded a spot kick in the 65th minute after Lalengmawia was fouled inside the penalty box by Jessel Carneiro. However, The Highlanders could not utilize the opportunity to equalise as Appiah’s shot sailed over the crossbar.

NorthEast boss Gerard Nus was finally relieved in the dying minutes of the regulation time as Idrissa Sylla scored the equalising goal for his team and spoilt the party of Kerala.

He was able to guide the ball into the goal past Costa and Albino after he controlled a long ball from Gurjinder Kumar.

NorthEast currently stands at the top of the table having four points and Kerala find themselves at the bottom with only a point.