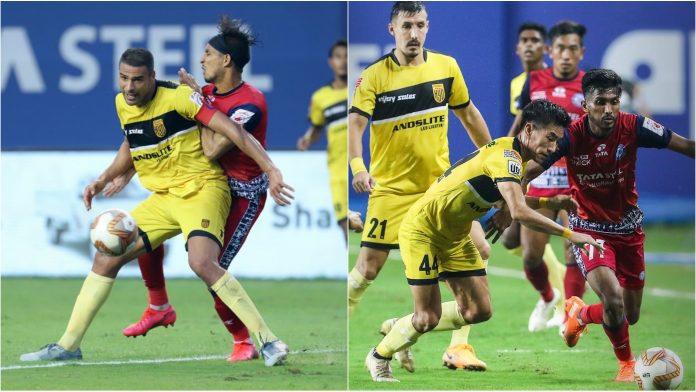 Jamshedpur FC and Hyderabad FC ended their match in a goalless draw in the Indian Super League (ISL) on Sunday at Tilak Maidan.

Jamshedpur FC and Hyderabad share a point in ISL 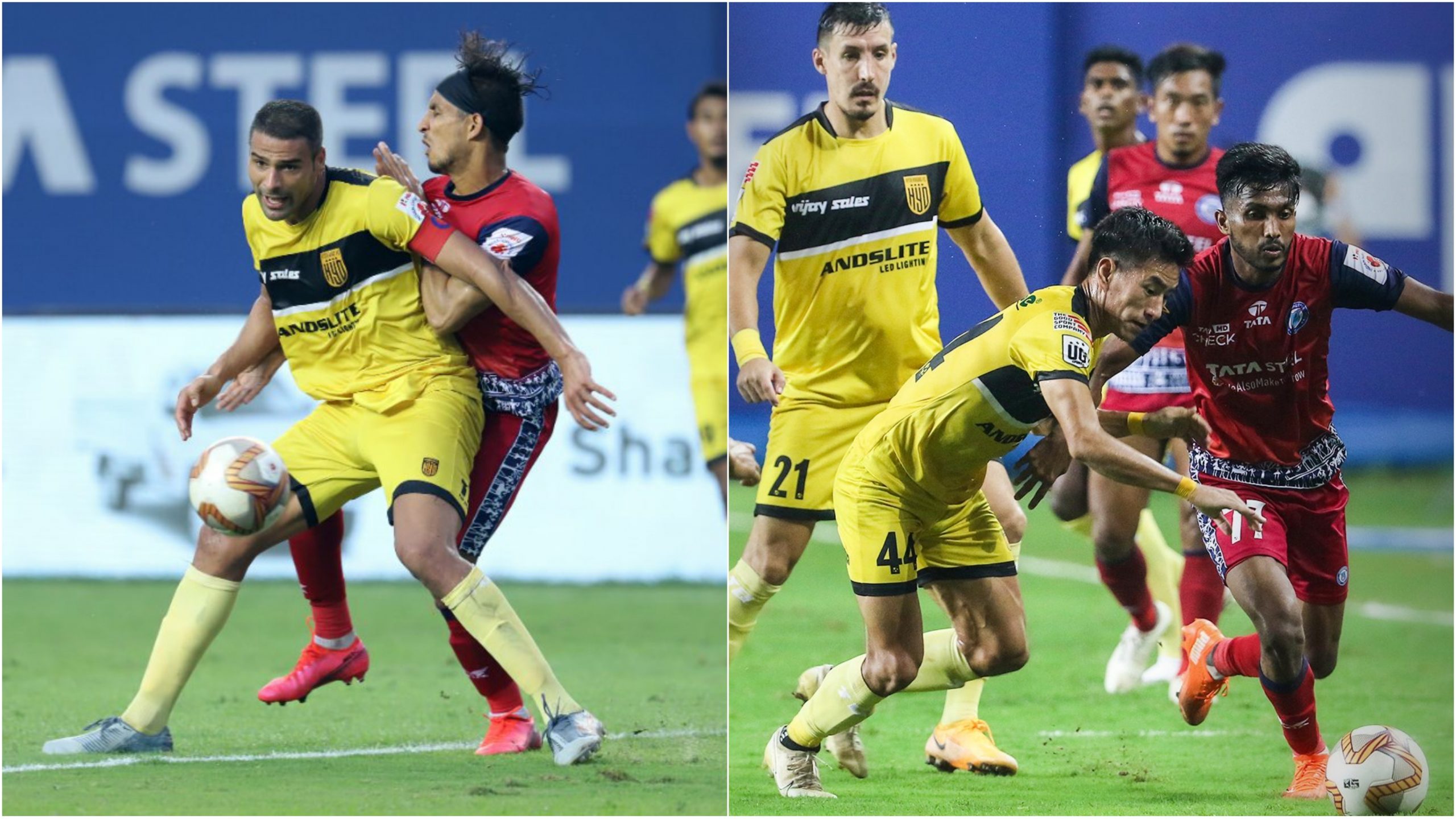 Early in the game Santana slipped in a through ball behind Jamshedpur’s defence for Chianese, but his shot was saved by goalkeepr TP Rehenesh.

Stephen Eze had pushed up from the backline which created space for Chianese to run into but was not fruitful.

Right around the end of the first half Jamshedpur FC’s Farukh’s fierce shot just went past the far post. Lima did well to draw in Hyderabad defenders with his run and laid the ball to Farukh just outside the box.

ALSO READ:ISL Match 68 Review: Kerala Blasters-FC Goa warp up into a 1-all tie

Monroy comes close to scoring in the first half

In the 42nd minute, Monroy came up with an inswinging corner and Kattimani misses with his punch. Eze climbed up to get the header in but ends up hitting the woodwork.