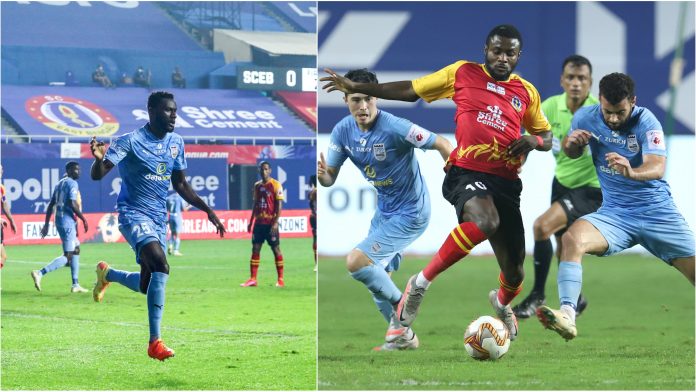 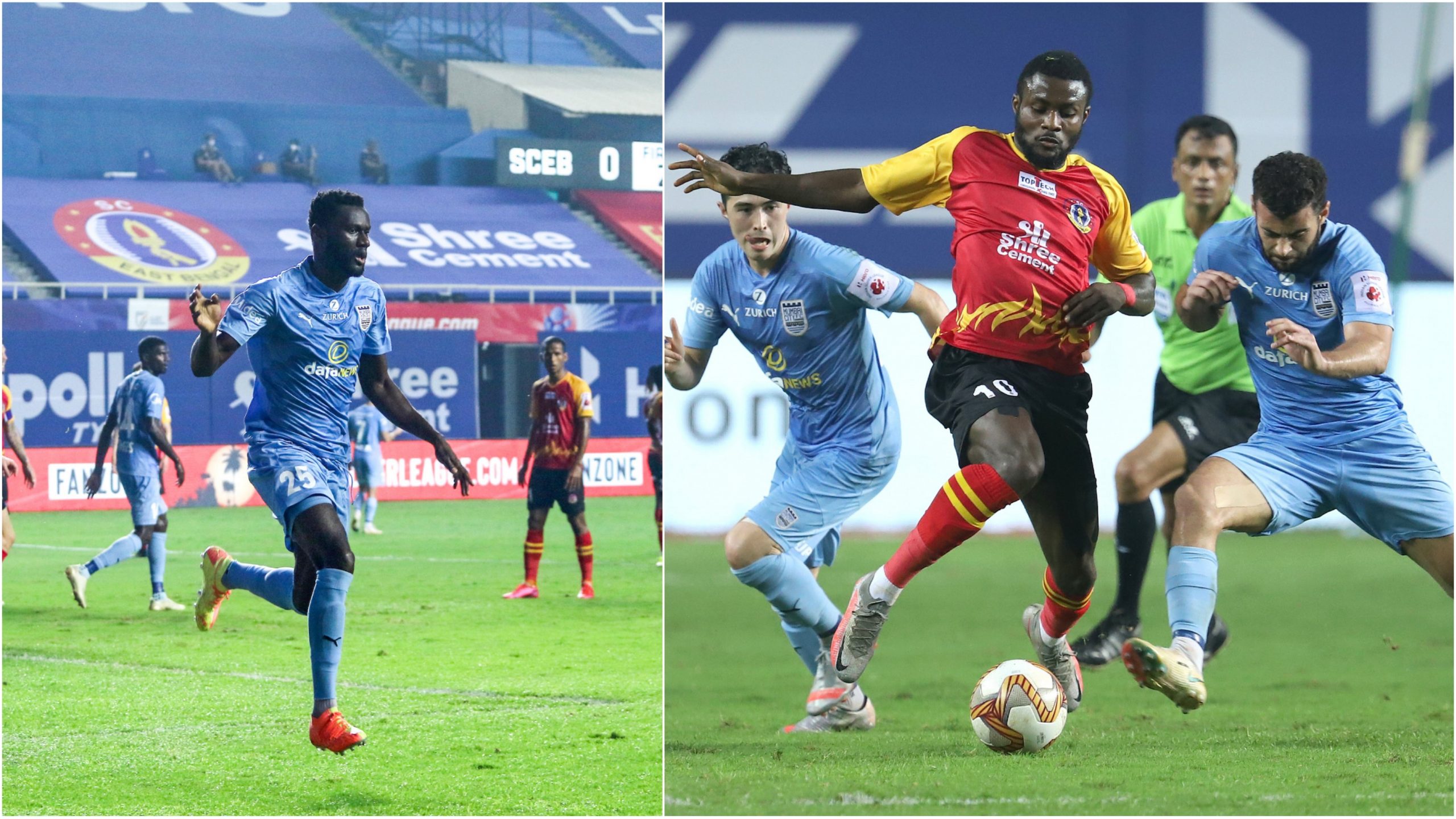 Adam Le Fondre came closer to score as early as in the opening two minutes of the game. Cy Goddard took the ball forward for Mumbai City FC.

He set up Adam Le Fondre close to the box but the English striker took a touch and launched a shot one but he missed the target.

SC East Bengal got a big chance in the 9th minute. Surchandra Singh receives a pass from Matti Steinmann and made a move forward on the left flank.

His cross into the box was cleared away by Mumbai City FC centre-back Mourtada Fall. But his clearance fell generously to Harmanpreet Singh, who missed the target.

Cy Goddard took a corner from the left and his cross into the box fell to Mehtab Singh, whose header went backward.

Hugo Boumous got to the ball and whipped another cross forward. This time, Fall jumped higher than his marker to find the back of the net.