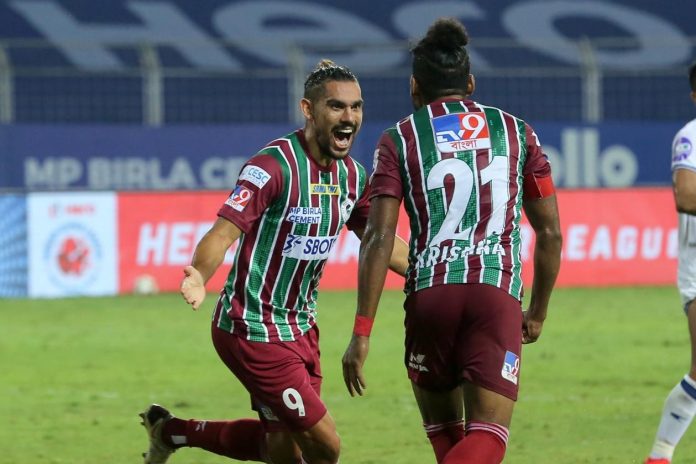 The first half was tight from the sides as the defense of both sides were dominating. Goalkeeper Vishal Kaith pulled off a couple of saves to Tiri who attempted a long range shot and a Hernandez who attempted a volley.

While, at the other end, Arindam Bhattacharya saw a Rahim Ali effort which went wide.

The first half ended with the scoreline remaining intact as it was goalless with both the teams being top-notch with their defense.

After the drinks break in the second half, Vishal Kaith pulled off a fine save after he dived full stretch to keep out the shot from a freekick by Hernandez.

Bhattacharya was also alert on the other side of the field as he collect the ball after a melee in his box when a Lallianzuala Chhangte sent in the ball from a corner.

Davis Williams put his side ahead and eventually helped his team secure the win in the dying minutes of the match. Javier swung in a ball from the corner and Williams leaped higher, beating Tangri with his jump and headed the ball into the bottom corner.

Chennaiyin were still looking for the equaliser in the dying minutes as well. Everyone was thrown forward in the search of an equaliser.

Eli Sabia had chipped a lovely ball over goalkeeper Arindam Bhattacharya. But it was a superb, acrobatic, goalline clearance from Tiri who secured all three points for his team.