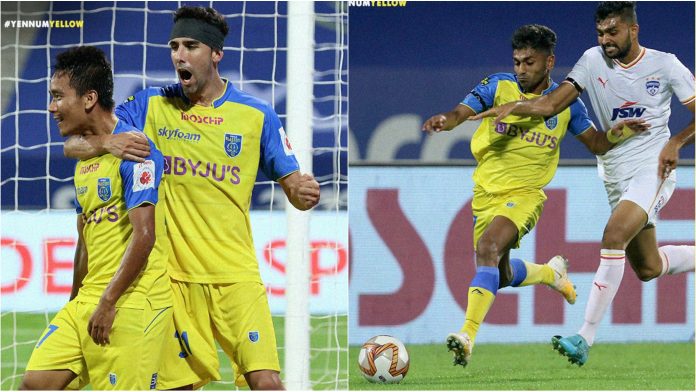 Kerala Blasters clinched a 2-1 edgy victory over Bengaluru FC in the Indian Super League (ISL) on Wednesday at GMC Stadium. 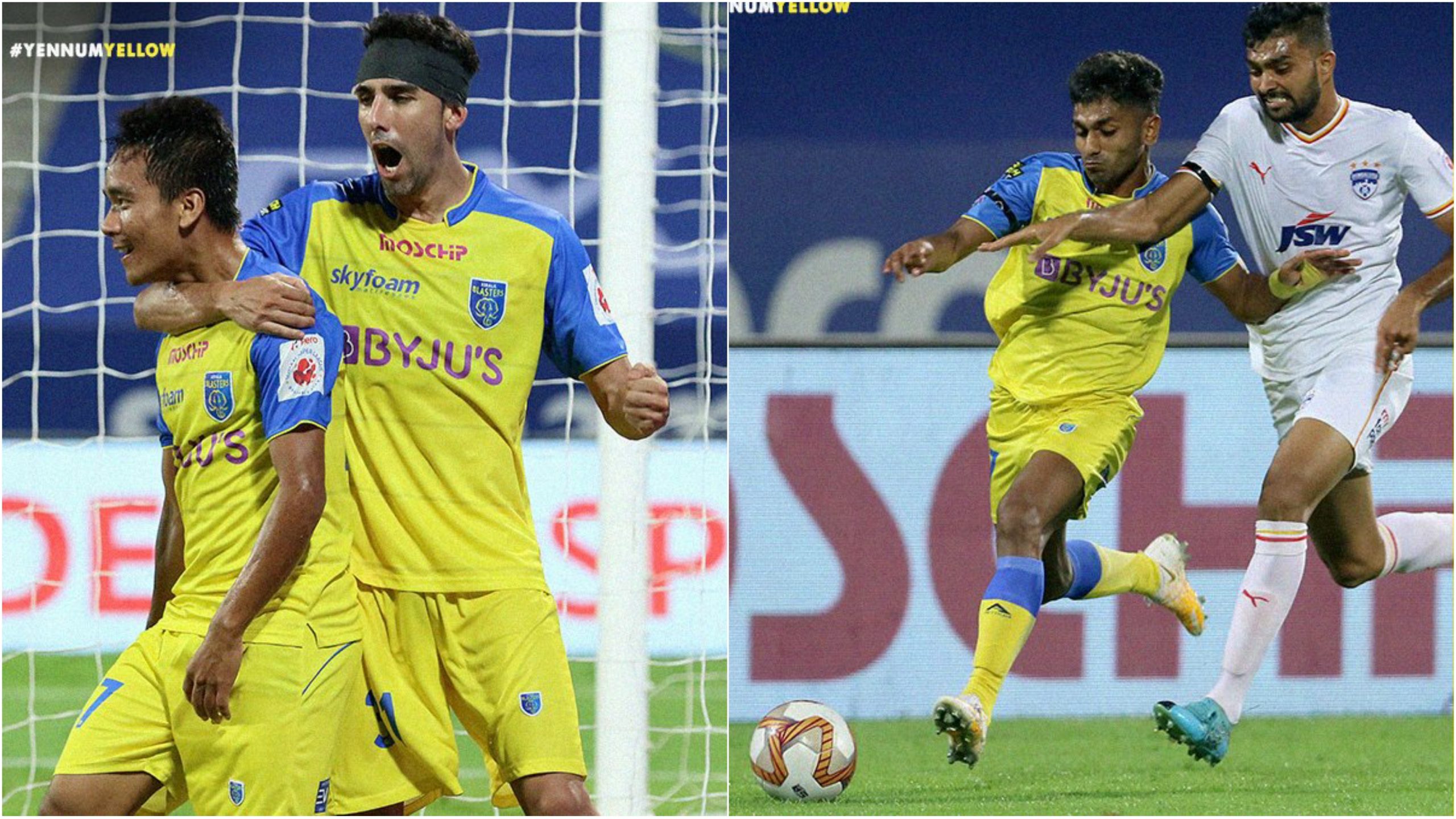 In the 17th minute, Kerala forward Gary Hooper tried find a teammate inside the box. But hi pass deflected off a defender and the ball fell to Hooper, who fired it over the bar missing out on a chance.

Sahal Abdul Samad had made a brilliant move forward and got into the final third. However, he took too many touches and hit the ball straight at the keeper Gurpreet Singh from close range as he saved it.

Cleiton Silva scored the breakthrough goal. Rahul Bheke attempted a long throw from the right flank. It finally fell to Cleiton Silva who sloted the ball into net with a great shot.

In the 73rd minute, Gary Hooper took a shot from inside the box. BFC keeper Gurpreet made the save with his head and went to the ground and Khawlhring sloted the ball home from rebound.

In the additional time after the end of 90 minutes, Bengaluru FC was crowding the box at the other end. Erik Paartalu came up with an overhead kick. But the ball was cleared away by the Blasters defence.

Gary Hooper got hold of it and set up Rahul on the right flank. The Indian winger took the ball forward, dribbled past BFC’s Augustin and fired it past Gurpreet Singh for the late winner.