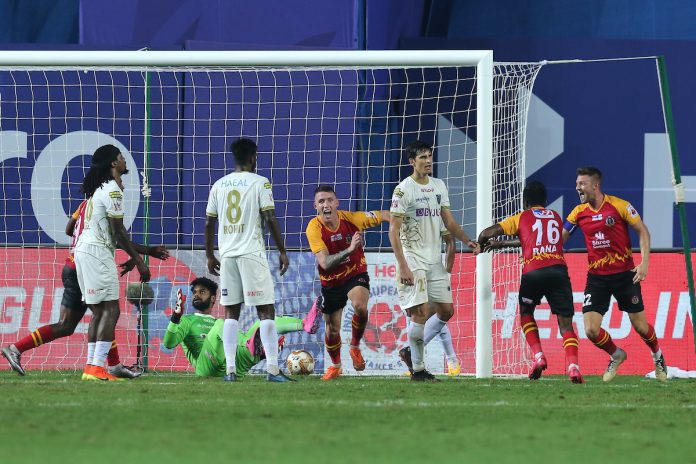 Kerala Blasters and SC East Bengal ended the game in a 1-1 contest in Indian Super League (ISL) on Friday at Tilak Maidan. 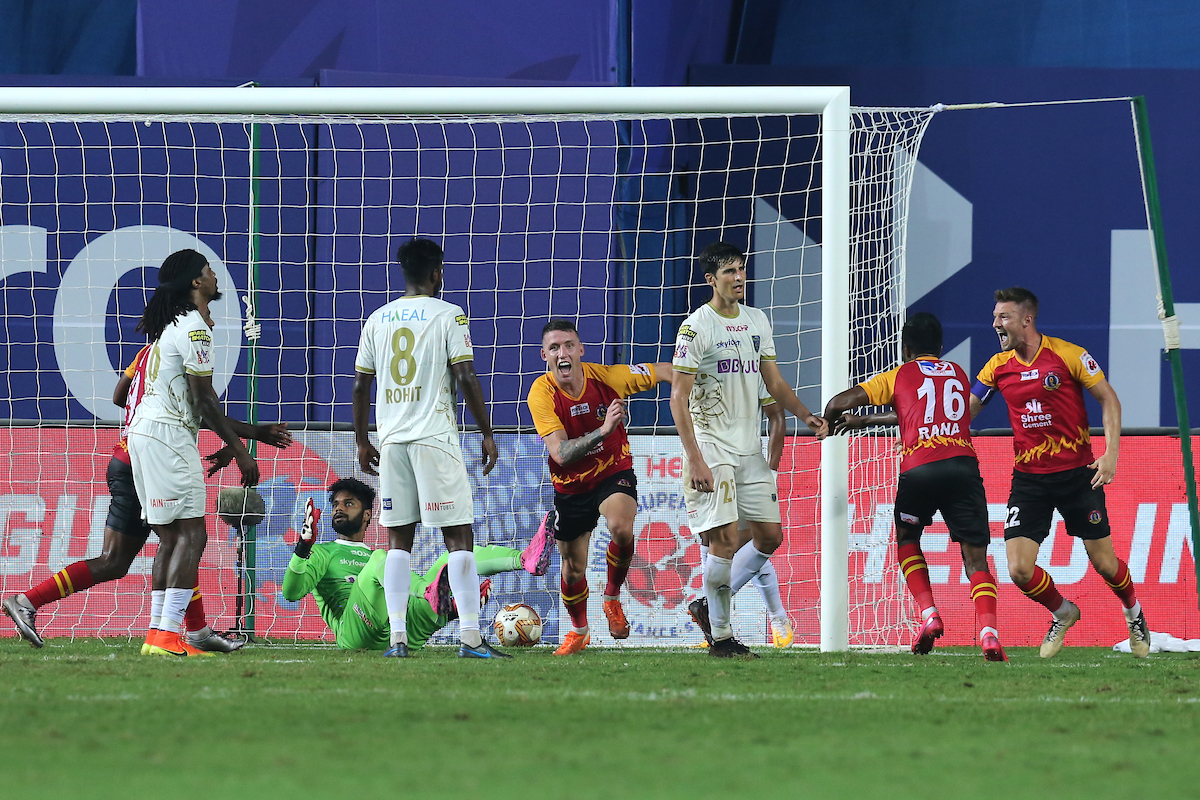 Kerala Blasters forward Sahal Abdul Samad got into the box and took a shot. But Rana Gharami put in a brilliant sliding tackle prevented the attack.

SC East Bengal began dominating with the passing and attacking stats after the first quarter of the match and tried to come up with some dangerous moves forward.

Facundo Pereyra crossed the ball into the box during a corner and Gary Hooper got the got. He played a pass with head the ball across from the far post. However, Vicente Gomez’s final header went out of play.

Bright Enobakhare started a run forward with pace. He was fouled from behind but continued with the run as the referee played advantage.

Both the teams went into the dressing room deadlocked at 0-0.

After a direct pass from Kerala Blasters goalkeeper Albino Gomes to Jordan Murray in the 64th minute, the striker beat the centre-back trio with a short sprint and took the ball forward.

Rana Gharami tried to tackle from behind while Murray could not connect with the ball properly but was still able to slot the the into the net.

In the dying minutes of the match, Scott Neville scored the equalising goal with a brilliant header after the ball was curled into the box from a corner.