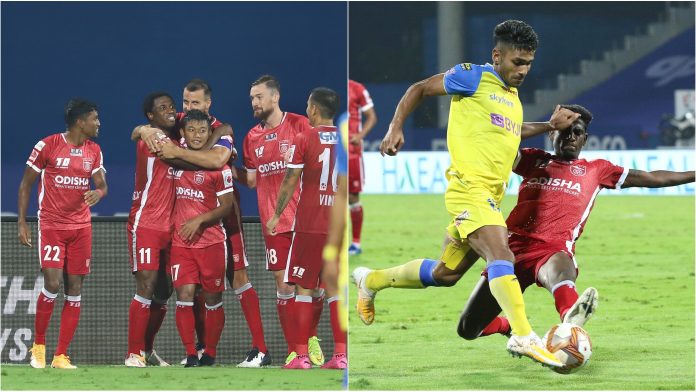 Odisha FC got a thumping 4-1 victory over Kerala Blasters in the Indian Super League(ISL) on Thursday at GMC Stadium. 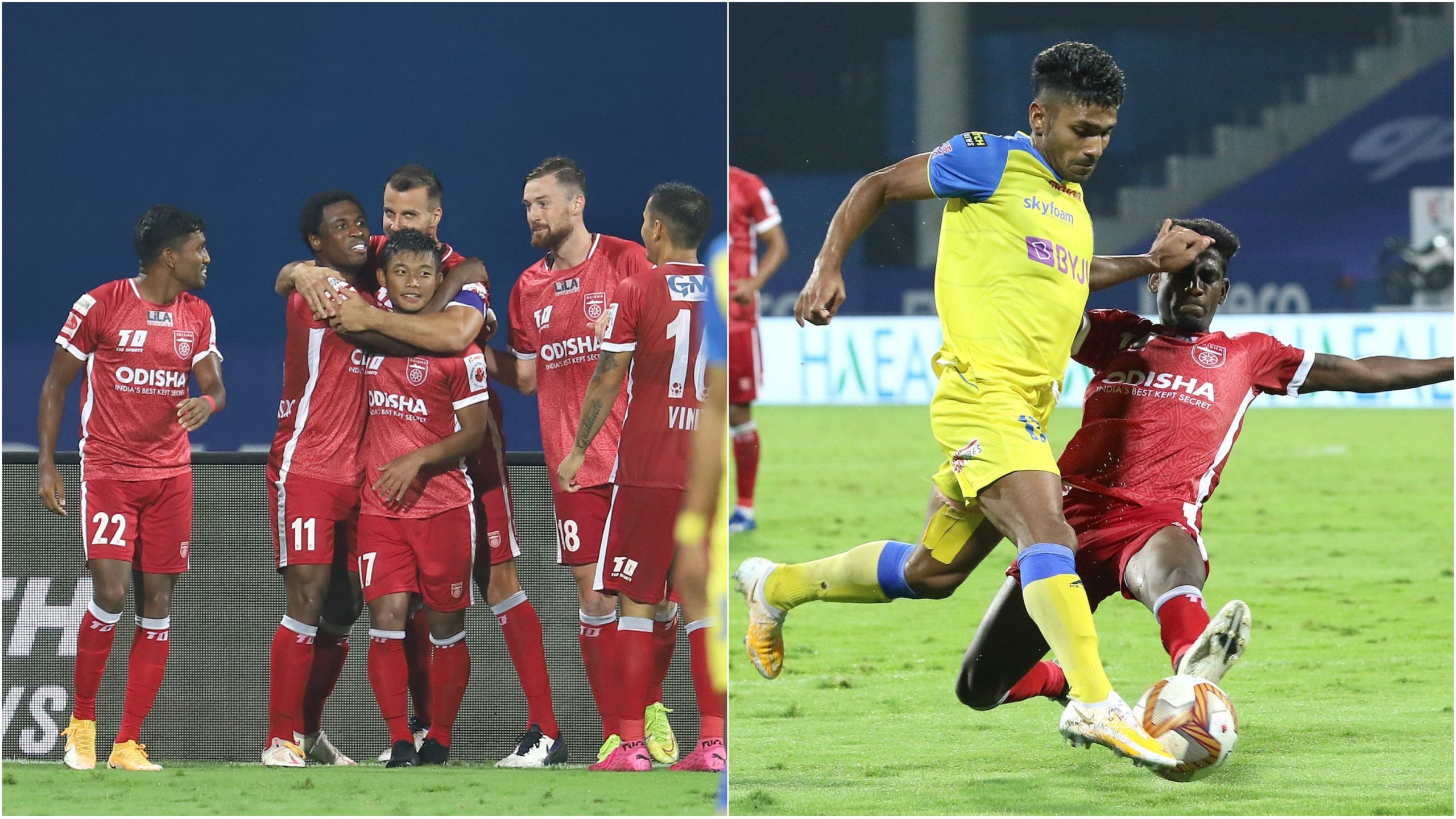 Odisha got an early chance in the match from a corner. Jerry Mawihmingthanga sent in a cross into the box from the right. The ball fell to the skipper Steven Taylor but he was unable to hit the target with a header.

It was in the 7th minute, that Kerala Blasters got the upper hand. Facundo Pereyra played in a long ball and Rahul KP connected with a header on target. Odisha goalkeeper Arshdeep Singh had made a save.

However, the ball fell generously to Jordan Murray at a narrow angle and the Australian striker came up with a brilliant and neat finish to open his side’s account for the night.

Odisha FC equalises but with an own goal

Odisha FC turned out to be lucky with the levelling up. Jerry Mawihmingthanga found Diego Mauricio with a good pass on the right flank. He rushed forward towards the box and sent in a low cross into the middle.

It hit Jeakson Singh’s leg which wrongfoots goalkeeper Albino Gomes as the ball went into goal.