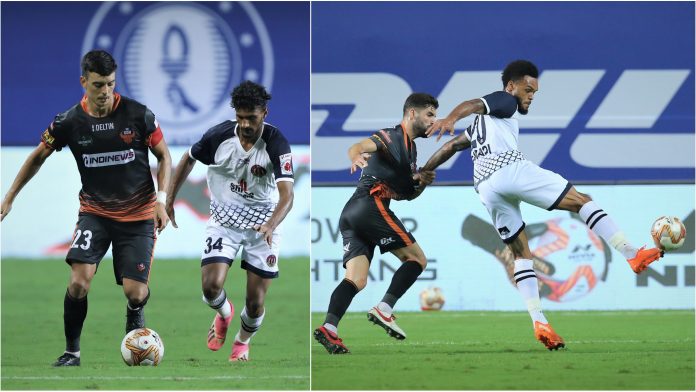 SC East Bengal squared off against FC Goa in a 1-1 contest in the Indian Super League (ISL) on Wednesday at Tilak Maidan. 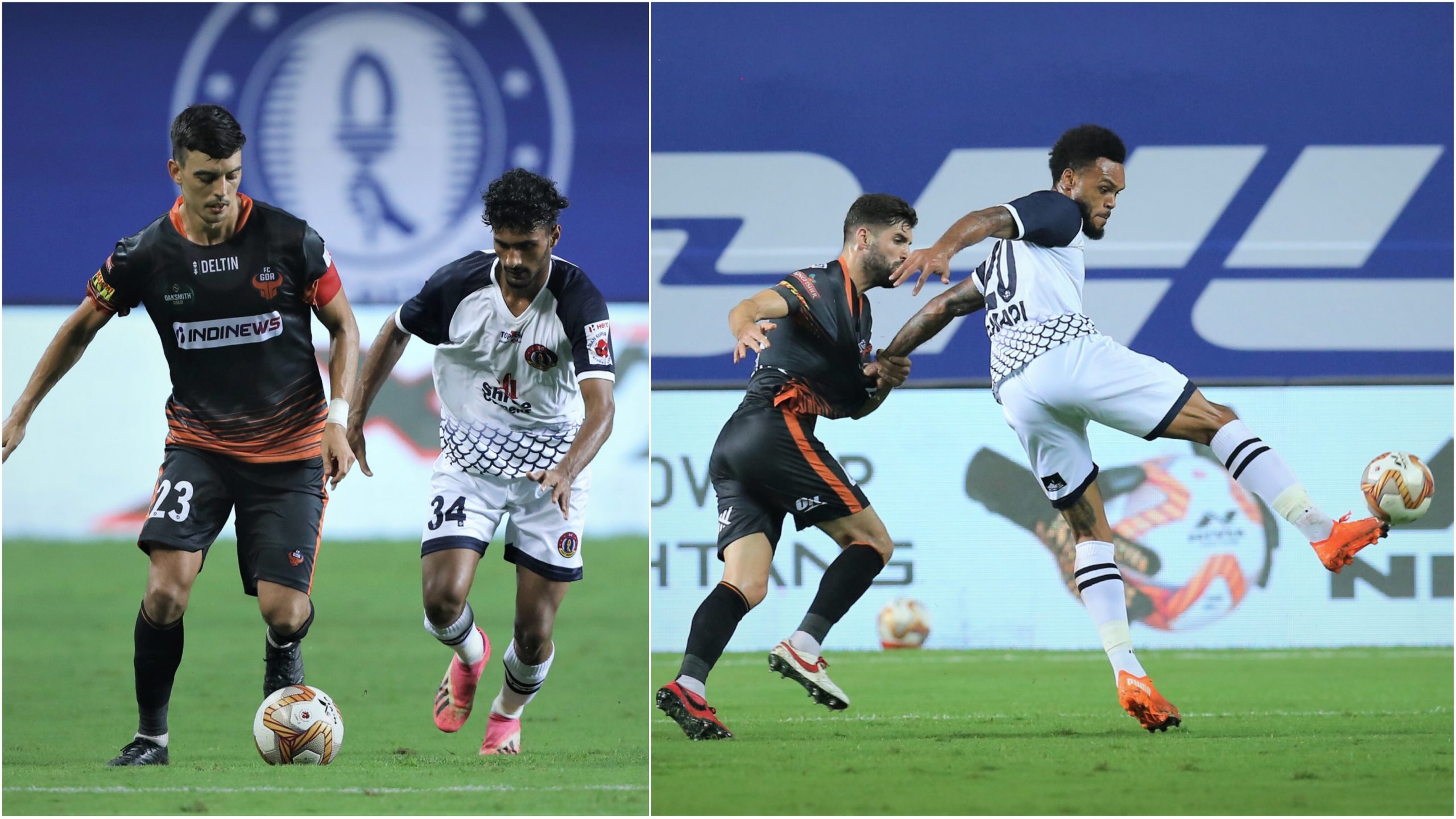 As early as in 4th minute of the clash, FC Goa’s Jorge Mendoza was fouled and himself took the free-kick.

He put up a great attempt on the goal but it was SC East Bengal goalkeeper Debjit Majumder who came up with an excellent to keep the score intact.

The hosts were dominating in the opening minutes of the match. Jorge Mendoza was involved in another attack.

He attempted to put in a through-ball for Alexander Jesuraj close to the box. But Matti Steinmann read the ball well and intercepted at the right moment.

SC East Bengal were put on continues pressure by FC Goa as they struggled and conceded five corners in the first half an hour.

SC East Bengal finally got their first big chance i near the end of half an hour mark. The players moved forward well as Narayan Das ran with pace on the left flank.

He whipped in a cross into the box and Aaron Amadi-Holloway was able to connect with a header. However, the ball went over the crossbar, missing out on a goal.