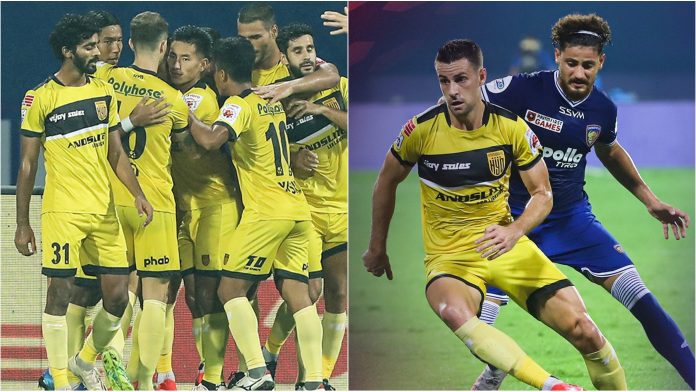 Hyderabad FC tallied a thumping 4-1 victory against Chennaiyin FC in the Indian Super League (ISL) on Monday at GMC Stadium. 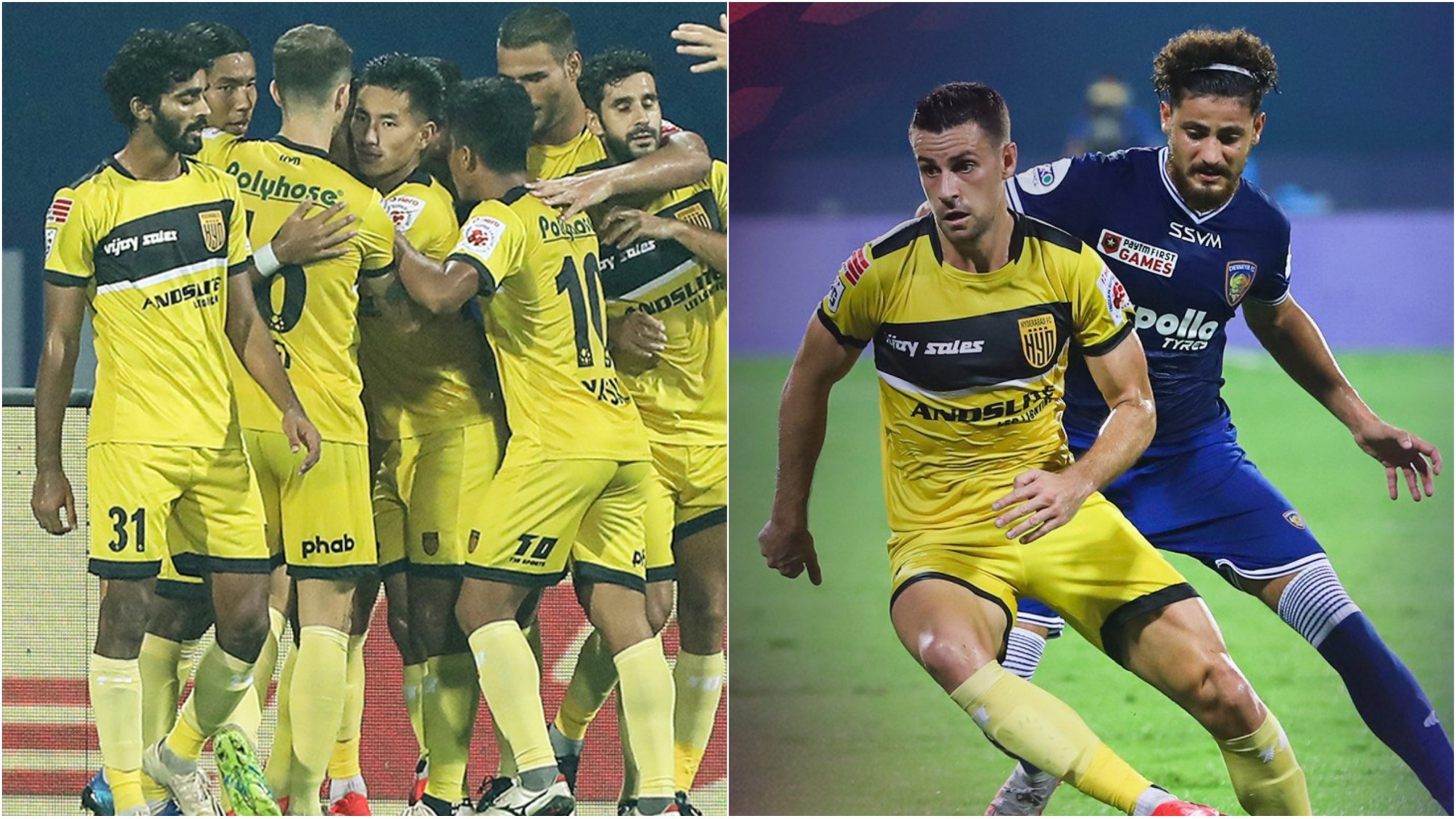 Hyderabad FC almost got the opening goal as early as in first thirty seconds of the game. Akash Mishra drove forward from the left flank and his pass was intercepted before it reached Chianese.

A clearance from Odei was headed on to the path of Chianese, whose shot is was denied by Kaith.

Chennaiyin got a chance near the half an hour mark as Chhangte was released down on the left flank as he cut inside to take a shot which was blocked by Kattimani. The winger did everything right but was not able to net the goal.

In the dying minutes of the firsr half Hyderabad got a great chance. Asish’s cross from the right fell onto the path of Chinaese, but goalkeeper, Kaith was there to thwart it and then the loose ball fell to Asish, whose left-footed shot struck the the upright.