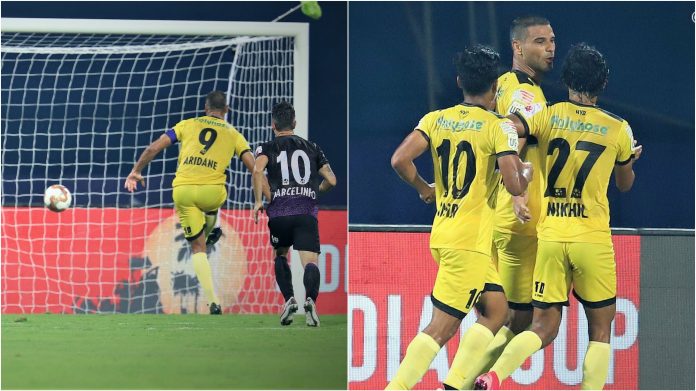 Hyderabad FC escaped with a 1-0 narrow victory over Odisha FC in the Indian Super League(ISL) after Adriane Santana netted the only goal of the night at GMC Stadium in Bambolin on Monday evening. 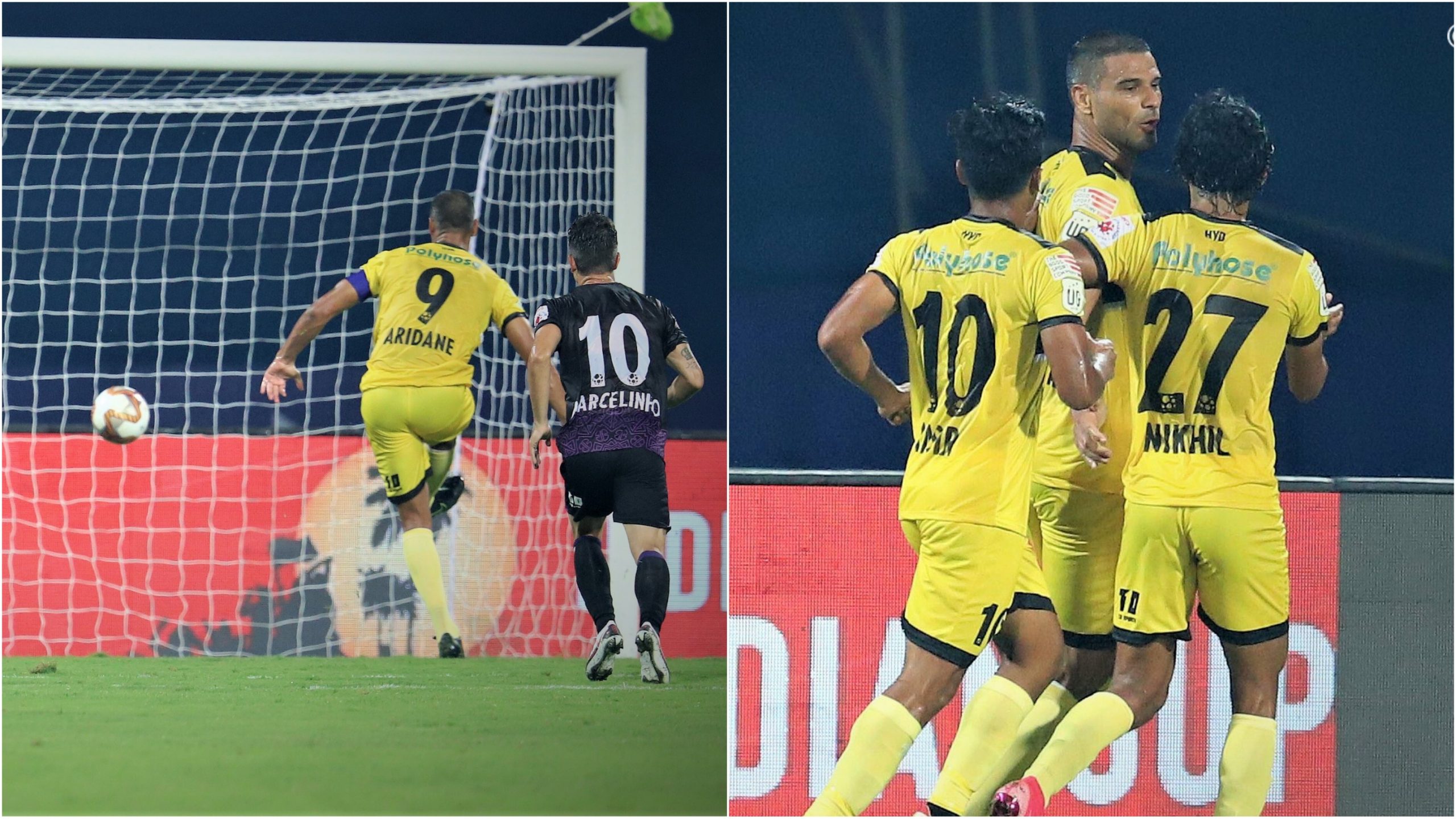 Both the teams, Hyderabad FC and Odisha had made their debut in the ISL in the previous season as they replaced the defunct Delhi Dynamos and Pune City.

They collided on Monday evening and Santana scored a 34th minute goal that would hail him to be nothing less than a hero. The Spanish International had kept the Odisha defenders on their toes and often proved dangerous with his attacks.

A counter-attack from Hyderabad FC proved to be fruitful though the goal did not come from a open play.

The veteran Steven Taylor had committed an unintentional handball inside the box when he slid to block the shot of Halicharan Narzary and the ball hit his arm, which caused his team to conceed a penalty.

Adriane Santana was able to convert from the spot kick after a powerful shot in the middle of the goal, which left no chance for Odisha goalkeeper, Arshdeep Singh.

The match ended with Hyderabad FC seemed to be the dominant side of the night. They played well throughout the match. Striker, Liston Colaco and winger, Halicharan Narzary could have also tallied their scores.

Hyderabad FC have now registered their first clean sheet with the scoreline and veteran goalkeeper and skipper Subrata Paul would be glad with that.

Following the match, Baxter said, “The first game, the boys worked very hard but we are disappointed with the result.”

Both the sides are set for their weekend clash. Hyderabad FC are set to face Bengaluru FC on Saturday, whereas Odisha FC will have a match with Jamshedpur FC on Sunday.