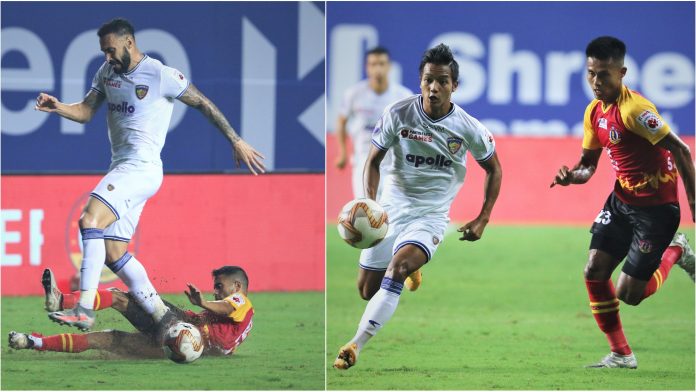 Chennaiyin FC and East Bengal shares a point in ISL 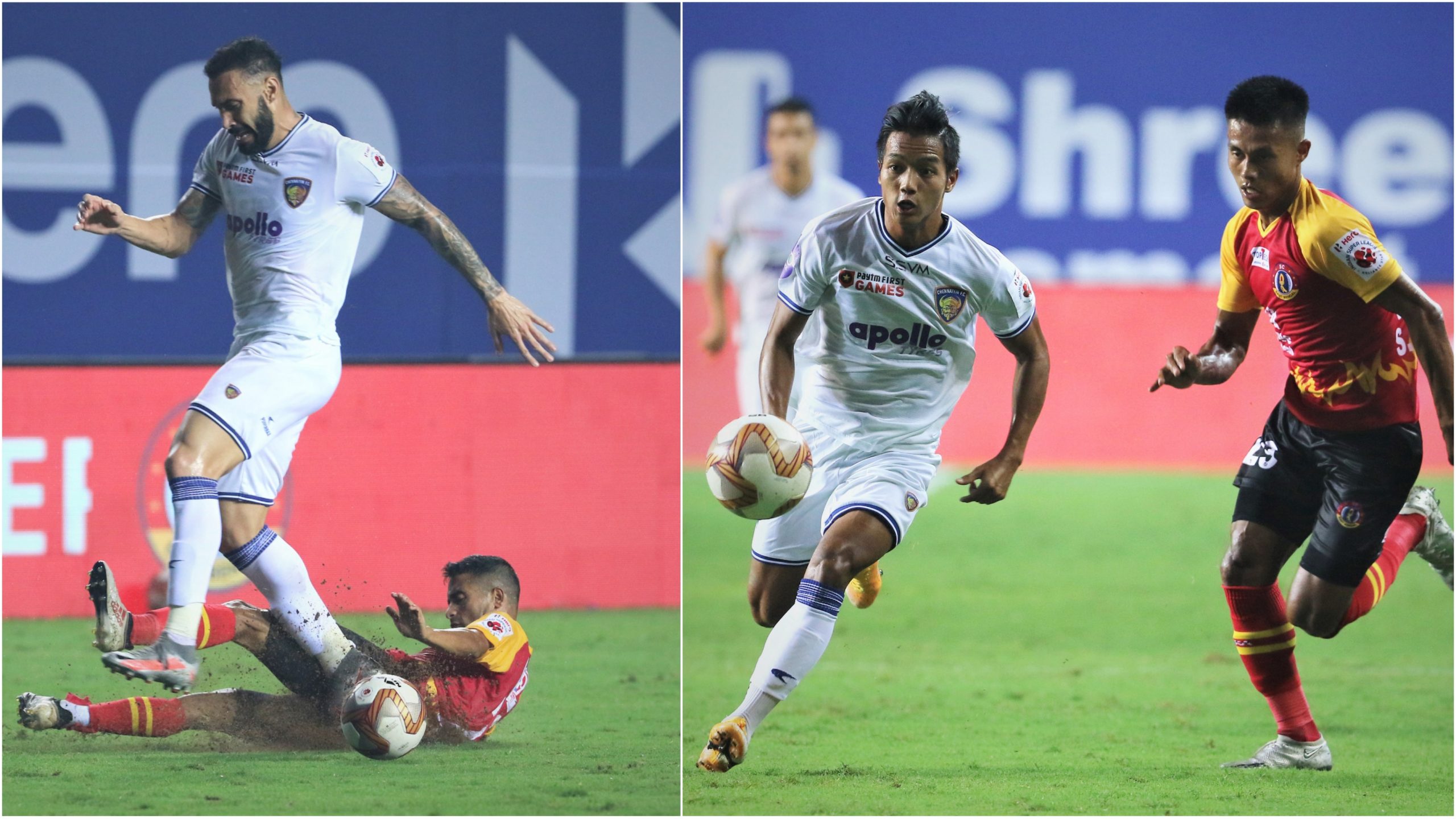 In first quarter of the game, Chennaiyin FC got the well deserved lead after Lallianzuala Chhangte scored the opening goal of the match.

Jakub Sylvestr played in quick pass behind the East Bengal defenders for Chhangte. He to ran onto the ball and with two touches created space for himself and sent the ball home past goalkeeper Debjit to give his side the lead.

East Bengal got the opportunity when they got the chance of counter attack with Jacques Maghoma on the ball but he could not find the run of Anthony Pilkington and his pass was intercepted by Eli Sabia.

Chennaiyin FC had dominated possession during the first half and looked dangerous with their attacks.

At one stage, a long ball was delivered to Maghoma and he was able to control it and found himself in a one-on-one situation was Chennaiyin goalkeeper Vishal Kaith.

However, he could not make the shot as Kaith came out of his line to collect the ball and he had received a slight contact from Tangri but did not concede a penalty.

In the 37th minute Rafique got a brilliance chance to equalise as beat the offside trap to get on the end of a chipped ball over the top.

He was able to take it past Kaith’s run towards the ball but Tangri got a vital touch as he prevented him for levelling up.