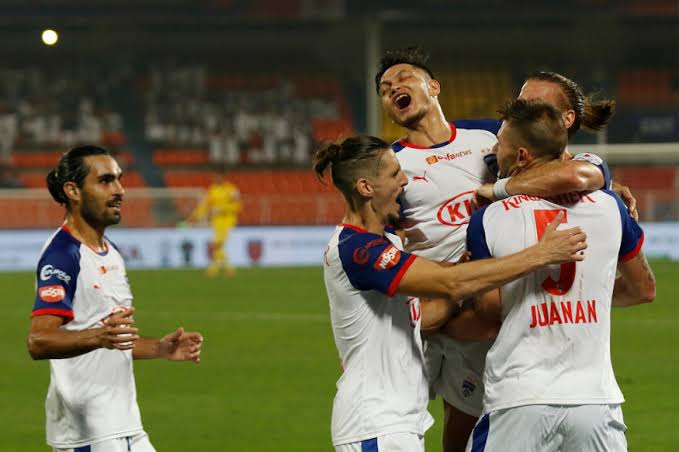 Bengaluru FC achieved a narrow 1-0 win over Odisha FC in Pune on Wednesday, courtesy of the solitary strike from Juanan. 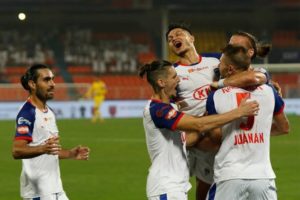 In the 36th minute of the game, centre-back Juanan scored his first goal of the season to put his side one up on the night. Finally, it proved to be enough as the visitors went on to secure pole position in the table.

The game got off to a flyer with Gurpreet Singh being called into action very early in the game. Both teams had their fair share of chances in the first half but apart from the goal, none of them were converted.

Bengaluru even had a chance of doubling their lead before half time. However, Udanta’s pass to find Chhetri did not go as expected and was intercepted.

Odisha stepped up their efforts to find the equalising goal of the game. But fine goalkeeping from Gurpreet Singh still kept the visitors in lead.

If not for the goalkeepers of both teams, the scoreline on the night would have been totally different. While Gurpreet showcased his class with fine saves of both Tebar and Xisco, Arshdeep kept Odisha still in contention of leveling the scores.

However, Bengaluru stood firm in the dying moments of the game to secure all 3 points.