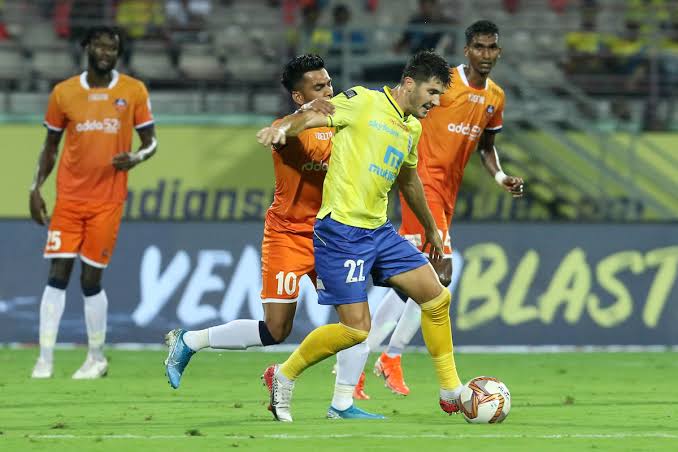 Kerala Blasters looked to bag an important victory over a 10 men FC Goa side on Sunday. But a crucial stoppage time equaliser from Lenny Rodrigues saw the match end in an exciting 2-2 draw. 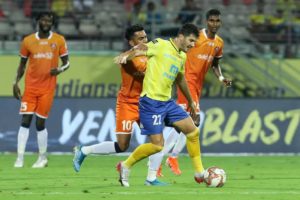 The visitors were reduced to 10 men for nearly 40 minutes of the second half after Mourtada was sent off, following his foul on Bartholomew Ogbeche just outside the box.

Blasters were clearly the better side throughout the match and opened the scoring in the second minute. Sergio Cidoncha produced a brilliant half-volley that fizzed past the goalkeeper Mohammed Nawaz.

While Kerala looked to head into the break with a vital lead, Goa came back and equalised very late in the half.  Mourtada Fall equalised after scoring a header inside the box following the cross from Jackichand Singh.

Second half saw Kerala take advantage of Goa being down to 10 men and took the lead in the 58th minute via Cameroonian forward Messi Bouli.

But just as the home side looked set to celebrate a rare win, Lenny Rodriques equalised for the visitors in injury time and the hosts had to settle for a draw.