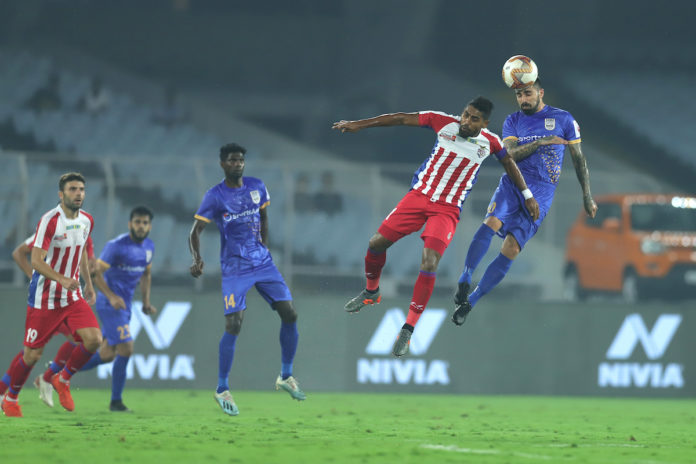 ATK and Mumbai shared the spoils after playing out an exciting 2-2 draw at the Salt Lake Stadium on Saturday. The game saw two goals scored in stoppage time. 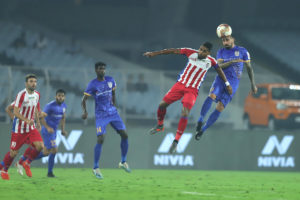 Michael Soosairaj helped the hosts take in the lead in the 38th minute of the game. Soosairaj neatly picked up a through ball from Edu Garcia and beautifully finished it off to put his side in the lead.

However, Mumbai City quickly equalised after coming on from the break. Kevin Angoue, who was introduced following the half time break burst out with pace as Mumbai looked determined to get on the score sheet.

The equaliser came in the 62nd minute when the side’s centre-back Pratik produced a perfect header to convert the cross off a set piece behind the net.

The game finally saw an exciting finish to it as Kevin Angoue first scored to put the visitors ahead on the night. It looked as though Mumbai were running away with a crucial away win with just few minutes still left on the clock. But Roy Krishna’s moment of brilliance saw both sides settle for a point each.