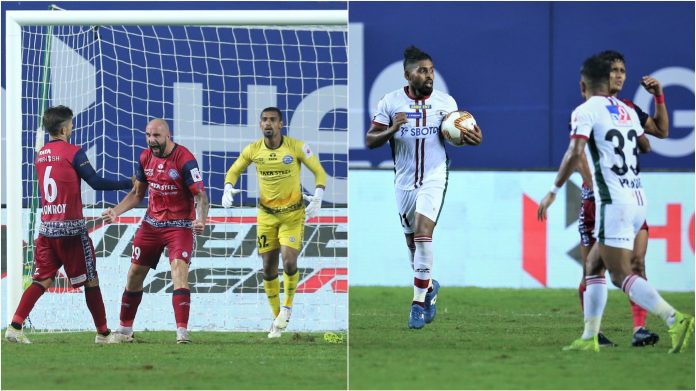 The clash between Jamshedpur FC and ATK Mohun Bagan in Indian Super League (ISL) ended with 2-1 scoreline. The close contest was won by Jamshedpur at Tilak Maidan on Monday. 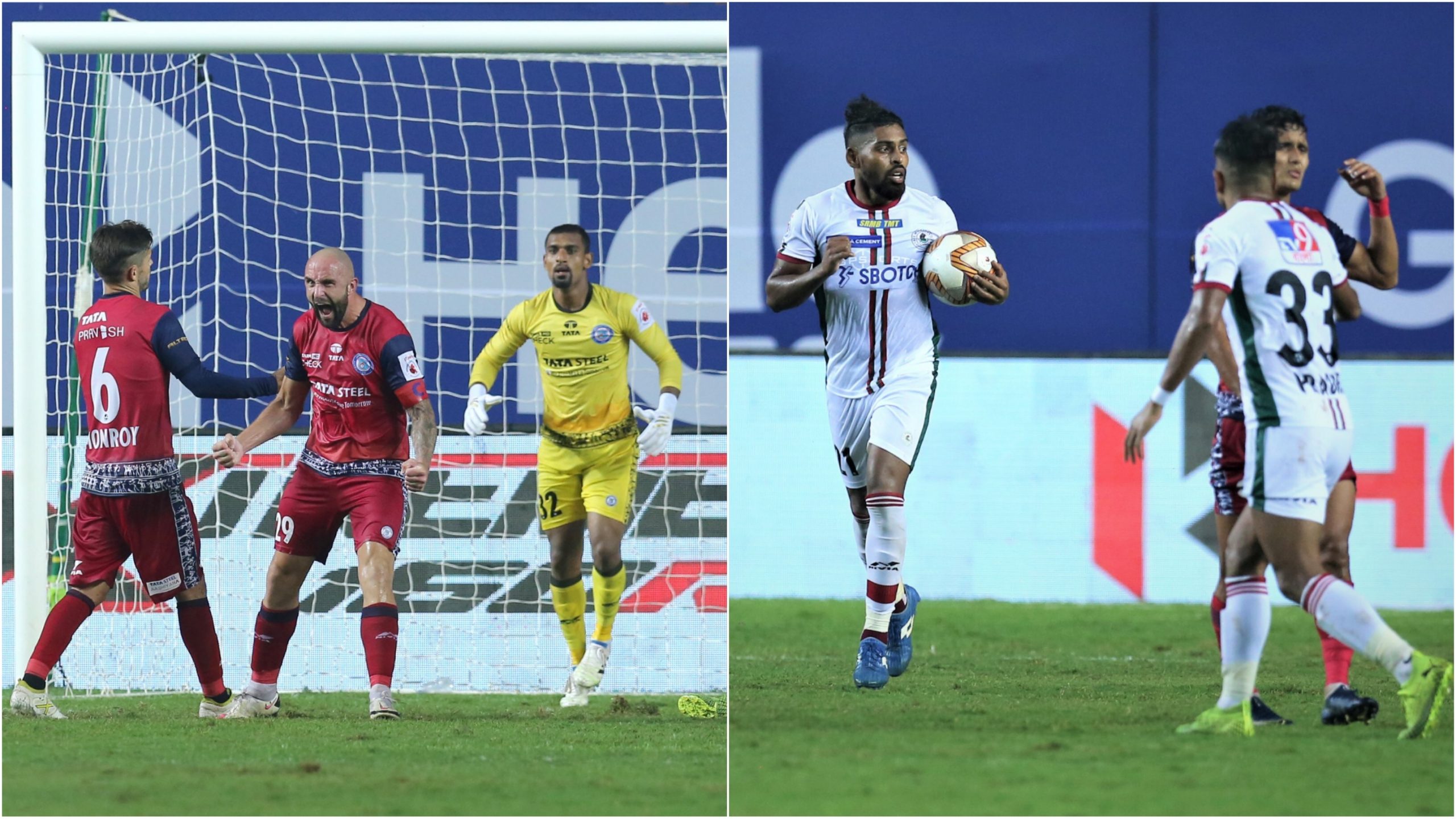 Jamshedpur and ATK Mohun Bagan had created several chances in the opening thirty minutes of the match.

Jamshedpur got a great chance in the 13th minutes. Williams got through on goal after Peter Hartley’s brilliant long ball from the back.

ATK Mohun Bagan defender, Sandesh Jhingan played him onside but the midfielder got hold of the ball for too long.

This allowed Jhingan to make the recovery run but William set up a good ball for Mobashir Rahman on the edge of the box. However, his shot was comfortably saved by goalkeeper, Arindam.

Nerijus Valskis netted the opening goal for Jamshedpur near the half an hour mark. Aitor Monroy delivered a great outswinging ball from the corner and Valskis came up with a brilliant header in to the ATK Mohun Bagan goal.

The goal marked as the first goal which the side has conceeded in the ongoing ISL campaign.

Valskis had received another chance at the goal.Jackichand whipped in a cross into the box and Valskis’ header was denied by the goalkeeper.

After the eventful first 45 minutes of the game, Jamshedpur looked the better side going into the dressing room as they have dominated the first half.

In the 52nd minute, Prabir attempted a  low cross and the ball was directed towards goal by ATK Mohun Bagan ace striker Roy Krishna but TP Rahenesh was able to get a touch on the ball and stopped the shot from close range.

Valskis scores a brace to seal the victory

Monroy delivered another beautiful ball into the box from corner and Valskis turns up to the situation and smashed the ball into the net and registered the insurance goal for his team.

With ten minutes left in the clock, Roy Krishna pulled one goal back for ATK Mohun Bagan. Manvir guided the ball onto the feet of Roy Krishna who rounded up Rehenesh scored the equalising goal.

However, the replays showed that it was a clear offside and surprisingly the goal stood.Thus the ongoing ISL saw yet another controversial decision.

Jamshedpur secured their first victory of the season after defeating the defending champions.