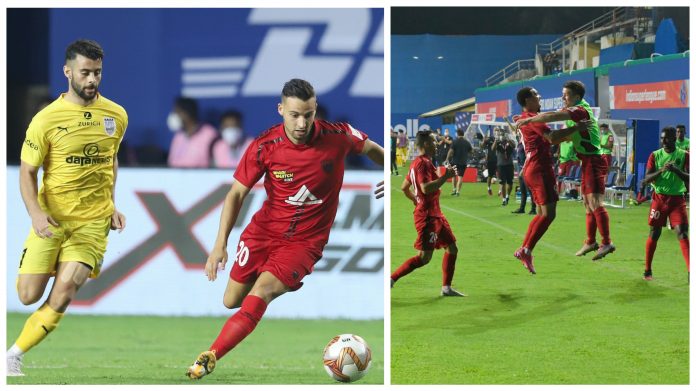 Mumbai City FC faltered in an apparently easy match to lose 0-1 against North East United FC. The only goal was scored in the 49th minute when Kwesi Appiah converted a penalty. 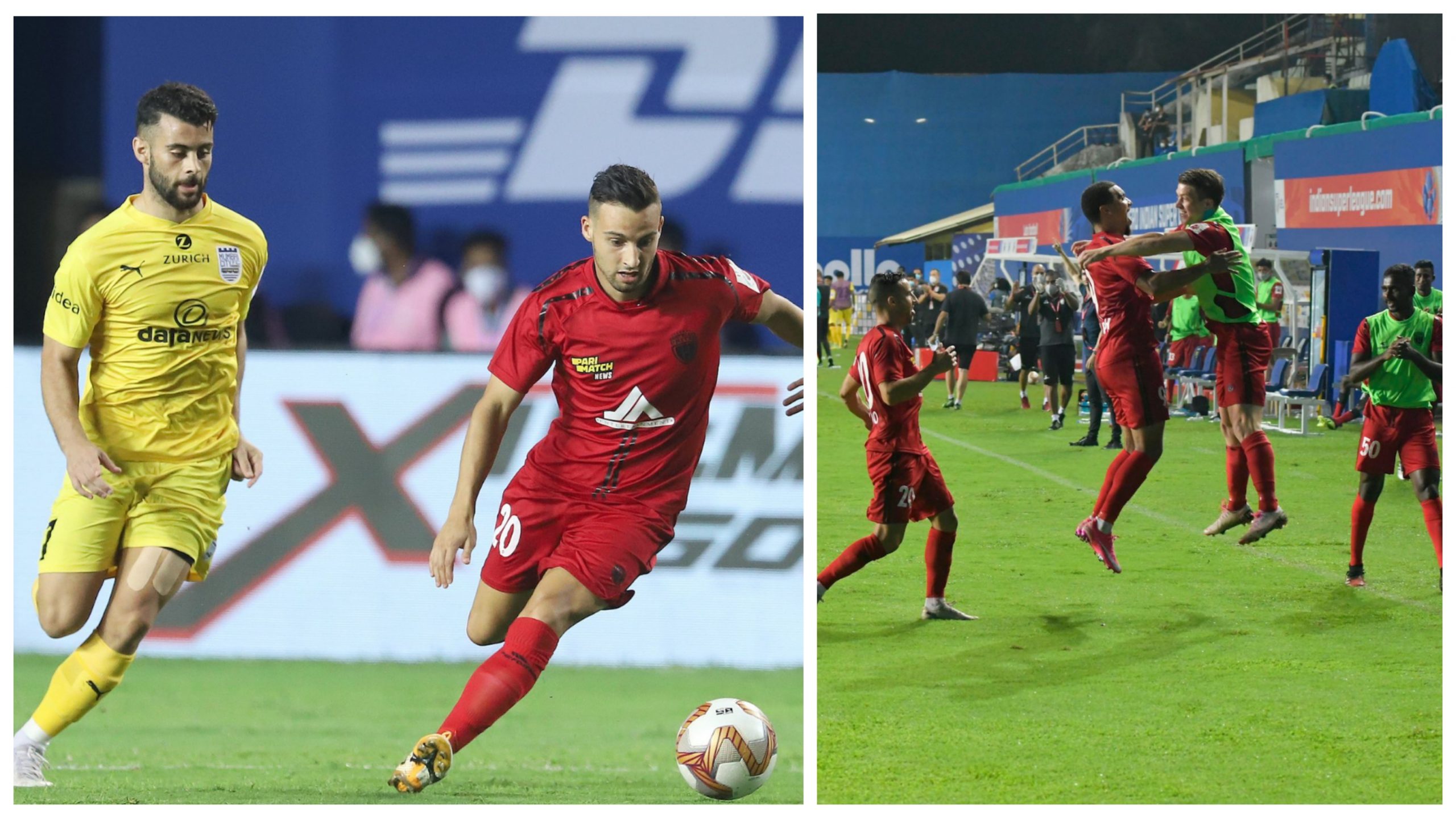 Mumbai City FC predictably started well, possessing the ball to themselves and keeping their opponents mostly inside their own half. In long spells during the first half, Lobera’s side managed to constantly threat the NEUFC defenders, though not even a single shot reached anywhere near the target. While Subhashish Roy Chowdhury was kept busy, he never had a credible threat coming up to him.

It all changed when Ahmed Jadouh unnecessarily fouled Khassa Camara with the stud of his boot, immediately receiving marching orders from the referee. Jadouh’s loss left such a hole in the midfield that Mumbai could never really recover from.

They still managed to keep the ball to themselves, but after the break, NEUFC came back with an attacking intent, resulting in another mistake by an MCFC player, this time an unnecessary handball inside their own penalty box, resulting in the penalty, which Appiah did not fail to convert.

The substitutions did nothing to change the luck of Lobera’s side. Aging Bartholomew Ogbeche,  clinical in the past few seasons of ISL, looked out of form and probably not match fit. He was substituted off for Britain-born Japanese footballer Stephen Goddard, alongside a few more tactical changes, but North East wouldn’t let them score an equaliser.

NEUFC ATTACKED REGULARLY IN THE SECOND HALF

NEUFC started gaining regular access to their opponent half, with Appiah being especially dangerous before being substituted. The only attacking chance Mumbai got in the second half was in 65th minute when Sarthak’s attempt to head a cross to goal went a few inches off the target.

In the match, Mumbai managed to attempt 10 shots compared to Northeast’s seven but none of them reached the target. They also completed 552 passes compared to the winning team’s 292 and possessed the ball much better than their opponents.

NEUFC coach Gerard Nus said: “We are happy with the result and most of all the performance – discipline and hard work.” His counterpart Sergio Lobera said: “Obviously when you don’t win there is scope for improvement. Especially the red card changed the game, I am proud of the attitude of my players. Now we need to work and focus on the next game.”