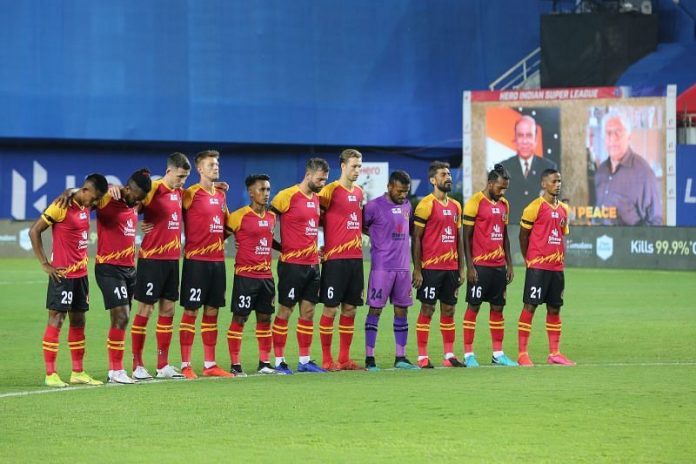 SC East Bengal locked horns with NorthEast United in the Indian Super League(ISL) at Tilak Maidan in the weekend clash on Saturday and The Highlanders bagged three points by winning the game by 2-0 scoreline. 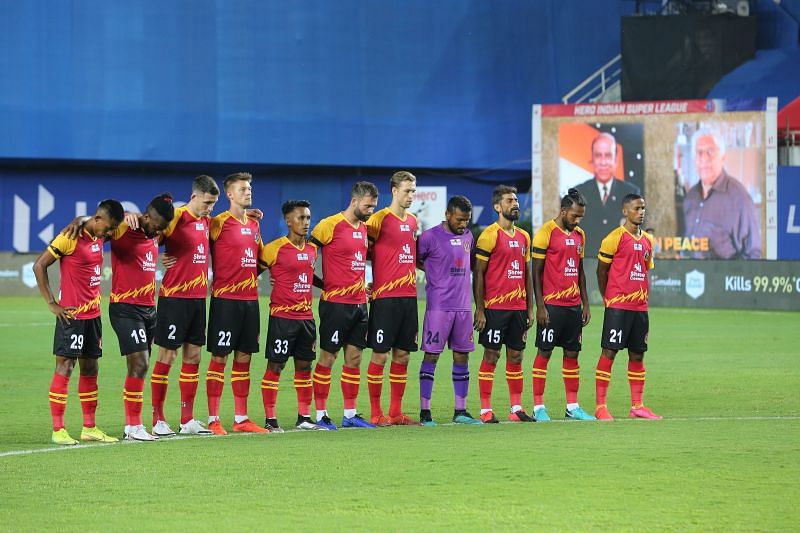 East Bengal started off the game pretty well, building up and attacking right from the beginning. They were able to put pressure on the NorthEast defenders.

The Red and Yellow brigade almost registered their first goal of the game as early as in the opening four minutes of the game.

A cross into the box from a free-kick was almost scored by Scott Neville.

He slightly got a touch with his head but NorthEast goalkeeper Gurmeet managed to get hold of the ball.

The match saw another controversial decision by the referee. In the 20th minute, Jacques Maghoma fell inside the penalty box after contact with Ashutosh Mehta and the East Bengal players pleaded for a spot-kick but referee denied.

Own goal makes the difference

NorthEast United tallied their first goal of the match in a bizarre manner. East Bengal continues to have hard-luck for the way they conceded the goal.

Kwesi Appiah crossed he ball in the box but everyone missed and the ball bounced off the knee of Surchandra Singh, who was marking Idrissa Sylla and went into the back of the net as the goalkeeper, Debjit Majumder scrambles to stop it.

The Highlanders went into the dressing room as the happier side after they took the lead by 1-0.

Right from the restart, East Bengal players were aiming to score the equalising goal but every time the NorthEast United defenders cleared the ball.

Total of three penalties could have been awarded to East Bengal throughout the match but the referee was not convinced for any of it.

Rochharzela netted the insurance goal for his team in the injury time after the end of 90 minutes.

The Highlanders emerged victorious in the match and East Bengal’s hard-luck continues as they are yet to register a win in the ongoing ISL campaign.