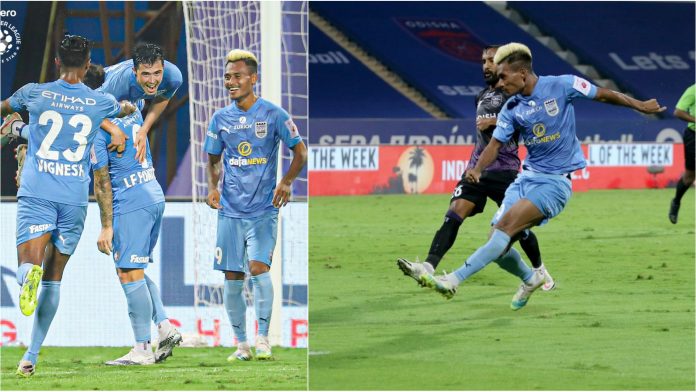 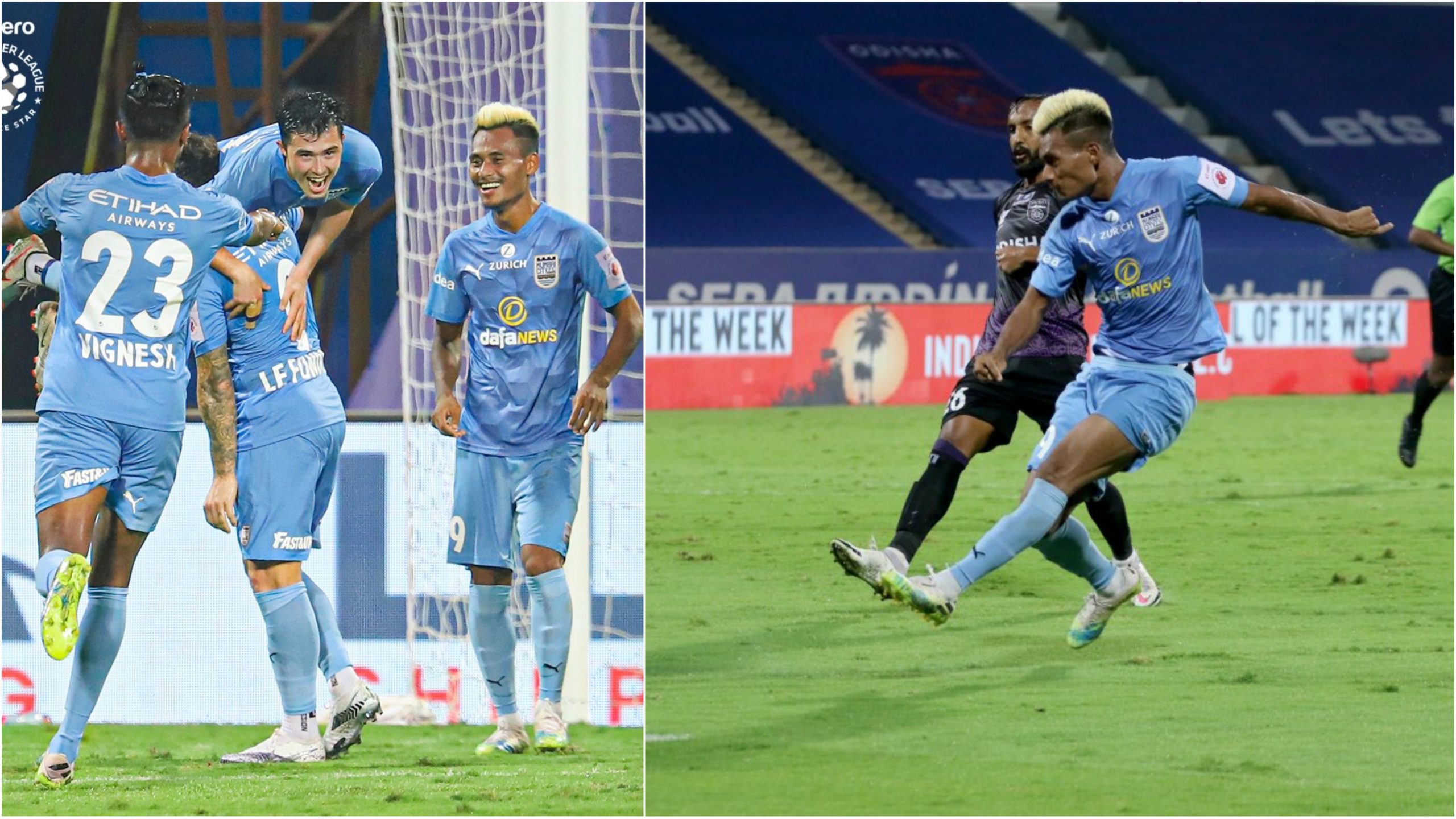 In the opening ten minutes, Jerry was brought down by Jahouh inside the penalty box and Odisha were awarded a penalty.

Diego Mauricio fired his penalty straight at Amrinder but the ‘keeper failed to keep it out. This was the first time Odisha FC has opened the scoring this season.

In the 14th minute, Ogbeche pulled one goal back. Mumbai City were back on level terms as Ogbeche scored a spectacular diving header to bag his sixth goal of the season. Jahouh came up with a delightful assist.

In the 38th minute, Ogbeche received Goddard’s cross from the right and attempted a shot and after a deflection the ball fell for Bipin on the far post, who drilled a low shot past Arshdeep to get the lead.

In the dying minutes of the first half, Mumbai City FC took a healthy lead as they scored two more goals. First goal came when Jahouh curled in a peach of a freekick and Ogbeche leapt above his marker to head the ball into the net.

Another one was scored after Goddard, who unleashed a ferocious left-footed strike to send the ball into the net.

Right after the start of the second half, Ogbeche found Bipin on the left and the midfielder curled one in with his right foot to give Mumbai City a four-goal advantage.

In the 86th minute, Rowllin had a shot from the edge of the box but his attempt was not dealt with. Bipin got hold of it on to the rebound to slot it home and secured the first hat-trick of the season.