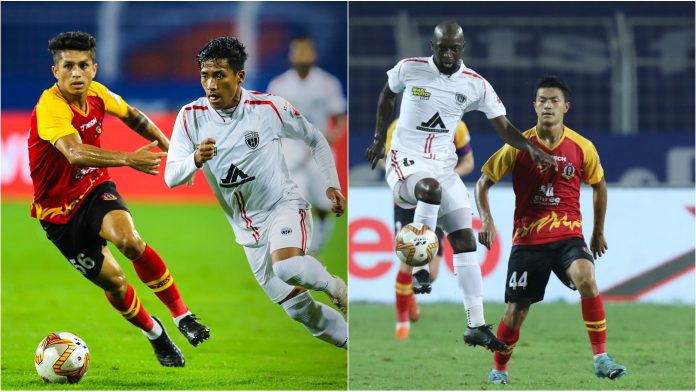 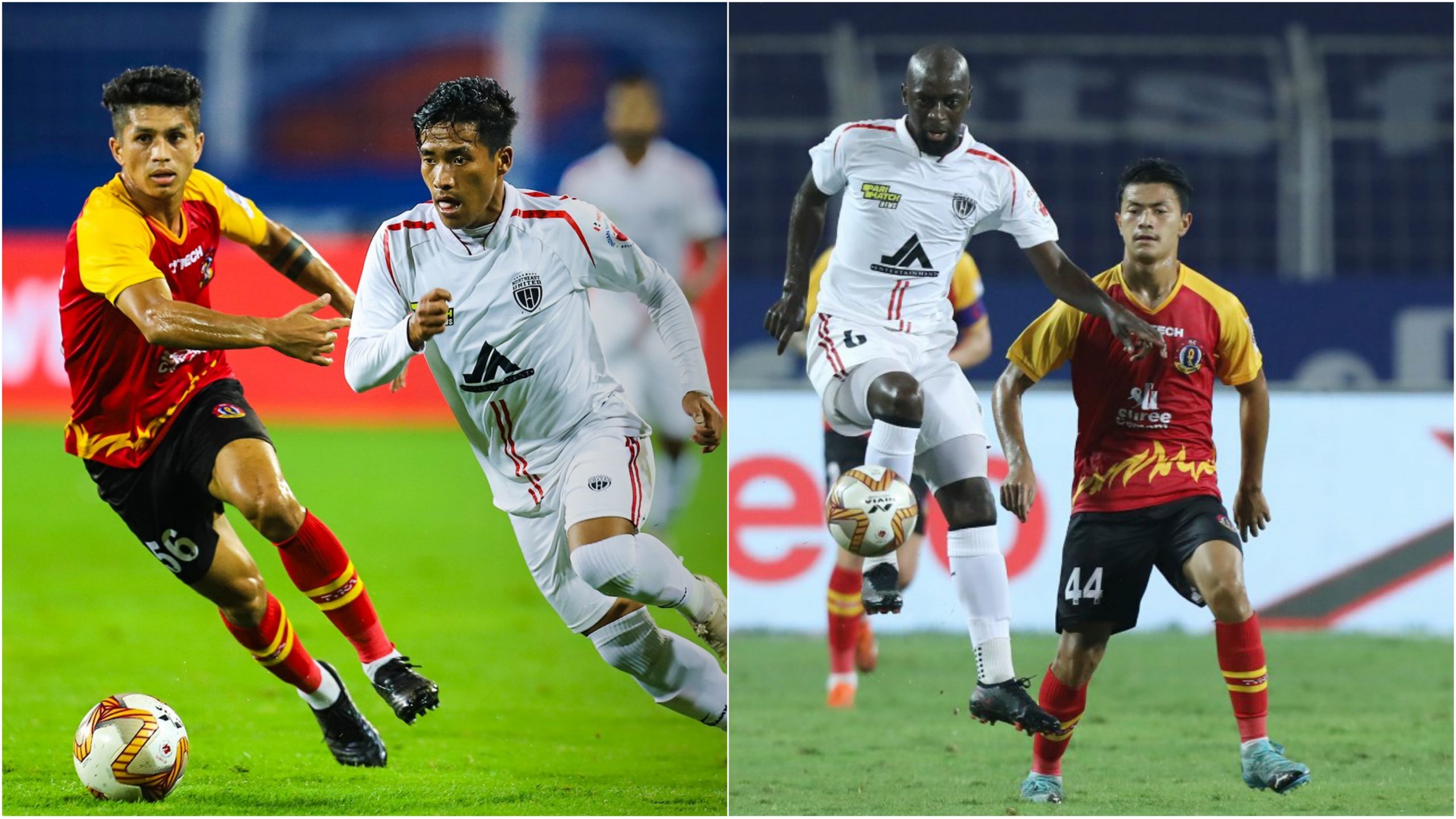 Though the scoreline was goalless after the end of the first half, SC East Bengal looked the dominant side and threatened the NorthEast United side. The former looked to bag three points from the match.

In the opening 20 minutes of the match, both the teams were eyeing to get the upperhand. The Highlander’s Machado had played in a ball into the feet of Brown, who went down in the penalty box while looking to turn away from his marker. He had appealed for a spot kick but referee denied.

NorthEast United started the second half with a bang as they registered the opening goal. Imran had picked up the ball from the left, drove forward and found the run of Suhair. The winger took a touch to the left before placing it past the onrushing Mirshad to give his side the lead.

It took the Highlanders only ten minutes to get the insurance goal, thanks to Sarthak Golui’s own goal.

NorthEast broke forward on the counter attack from the right where Nim played in a cross into the six yard area. It was Sarthak’s sliced clearance which ended up going into the back of the net.

However, SC East Bengal were able to pull one goal back and it was Sarthak who scored the goal for his side.