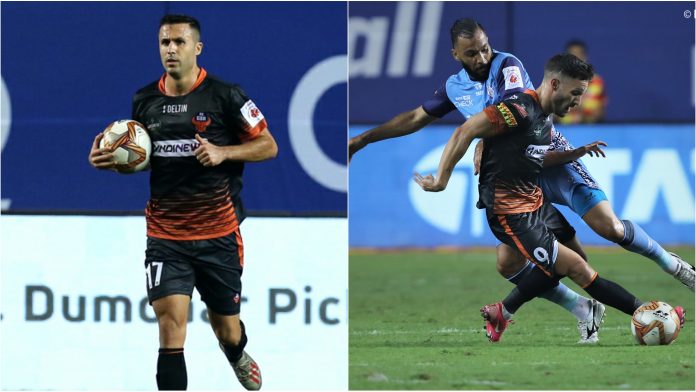 FC Goa edge past Jamshedpur FC by 2-1 in a late drama in the Indian Super League(ISL) on Wednesday evening at Tilak Maidan.

The match started off with end-to-end action as both the teams tried to outdo each other.

Early in the game, Stephen Eze gave away the ball easily to Angulo who moved towards the left and sent in a cross but goalkeeper TP Rehenesh was there to collect it.

Jamshedpur FC and FC Goa continued to get the midfield supremacy and the players of both the sides brought in the physical game.

Brandon Fernandes who collected a long ball on the left flank cuts in to the middle and attempted a shot on goal but it went wide and FC Goa missed out on a chance.

Stephen Eze got multiple chances in the first half to score a goal with headers but could not manage to convert it.

ALSO READ: ISL Match 37 Review: An eventful Odisha-NorthEast clash winds up in a 2-all tie

Igor Angulo went down almost immediately after a challenge from Eze and appealed for a spot-kick but the referee denied.

Right after the incident in the 33rd minute, it was Stephen Eze who broke the deadline and netted a goal to give Jamshedpur FC the lead.

Aitor Monroy delivered the ball deep inside the box from his free-kick and Stephen Eze got a touch on the ball and sloted into the net.