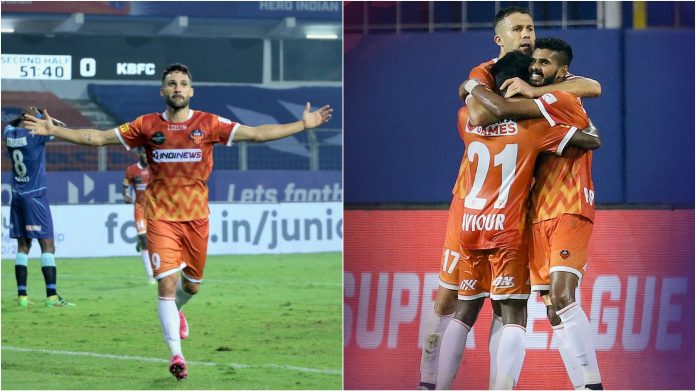 The hosts FC Goa smashed Kerala Blasters by  3-1 score in the Indian Super League(ISL) on Sunday evening at Fatorda Stadium. They grabbed their first win in the ongoing ISL and bagged three points as well.

FC Goa tallies their maiden win in the ISL 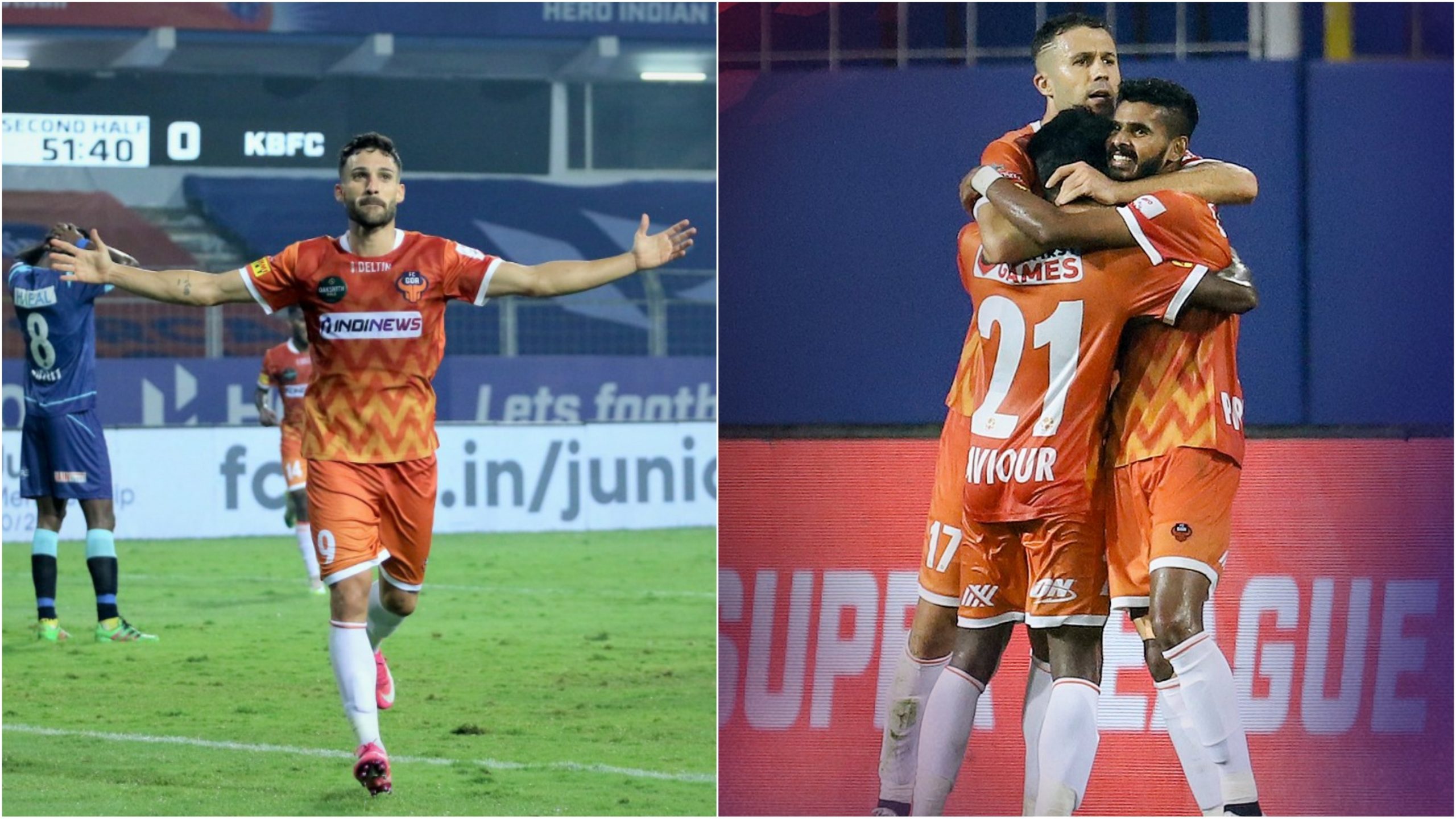 The clash between FC Goa and Kerala Blasters saw end to end contest in the opening ten minutes of the game.

Ortiz almost opened the account for Goa when his world-class attempt on goal hit the woodwork. It would have been a goal as the goalkeeper Albino Gomeshad stood no chance.

Within two minutes of the missed chance, Igor Angulo almost capitalised on the miss pass from Kerala’s Rohit.

Unfortunately, his shot on goal struck the post and bounced to the goalkeeper.

At the half an hour mark, Savior came up with sumptuous through ball for Angulo as the goalkeeper comes out of his line to close down the chance.

However, Angulo kept his composure and lifted the ball over the goalkeeper and netted the breakthrough goal and registered the lead for his team.

After the restart of the final 45 minutes, Goa registered their insurance goal in the 52nd minute.

An outstanding pass from Brandon Fernandes found Ortiz and he made a great finish into the bottom left corner of the goal.

Goa had created many chances after that but was not fruitful because they could not convert them into goals.

Kerala Blasters got a chance to decrease the difference in the 67th minute. But, Vicente Gómez’ left footed strike from left side of the box hit the bar.

However, Gomez did score in the 90th minute, with towering header and found the bottom right corner from Nishu Kumar’s cross.

Kerala completed the game with ten men after Costa Nhamoinesu was sent off after a double yellow card.

FC Goa crushed the hopes of Kerala Blasters after Angulo scored his second goal of the night and Goa’s third to seal the victory.

Kerala goalkeeper Gomes made a clumsy pass and it fell generously in front of Angulo, who struck the ball to make sure Goa bag the three points home.