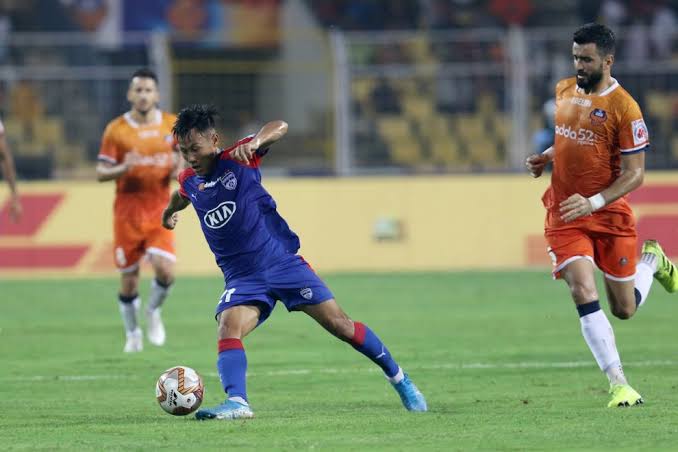 Both FC Goa and Bengaluru FC played out an exciting 1-1 draw at the Fatorda Stadium on day 9 of the ISL. 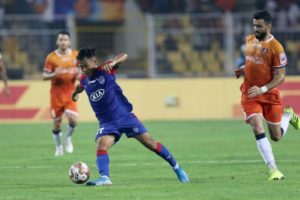 Bengaluru had started their title defense with a draw to NEUFC at home while Goa eased to a 3-0 victory over CFC.

Carles Cuadrat named the same side that played out a 0-0 draw to North East while the Goa side saw the return of midfielder Ahmed Jahouh.

In their first meeting following last season’s final, the two sides started off slowly with neither registering a shot on target in the first half. Udanta Singh was the first to break the deadlock in the 62nd minute after Mandar and Fall were found sloppy in defense.

Just when the visitors thought that they had got the first win of the season, a poor challenge from Ashique in the 2nd added minute saw a penalty being awarded to Goa. The ever dependable Corominas stepped up to convert the spot-kick and salvage a late draw for the hosts.

Thus the draw puts FC Goa on top of the table with 4 points while BFC still wait for their first win having registered 2 draws now.