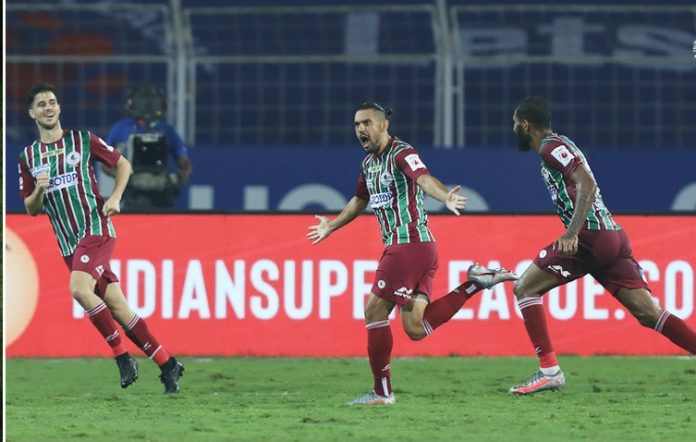 ATK Mohun Bagan registered an edgy 1-0 victory against Bengaluru FC in the Indian Super League (ISL) on Monday at the Fatorda Stadium. 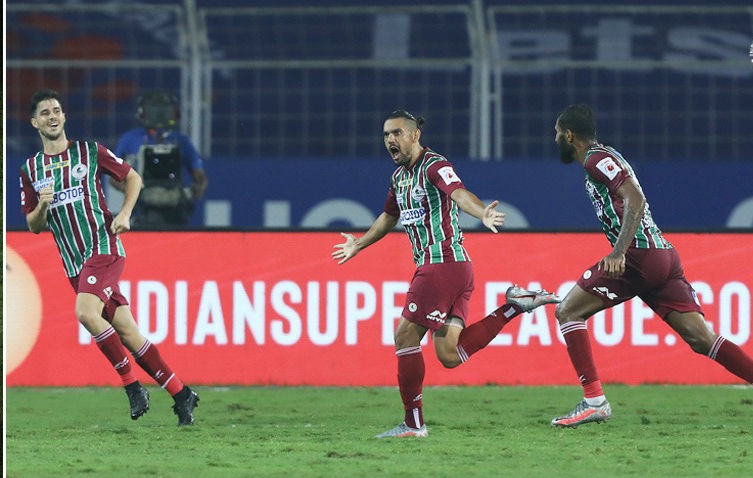 ATK Mohun Bagan created several chances in the first half and looked the better side. They got their first chance of the game when Edu Garcia sent in a curling free-kick inside the box and David Williams leapt high and attempted a header.

But the ball went above the crossbar and he was caught offside as well.

They came very close to score the breakthrough goal in the first quarter. Edu Garcia got a pass from Roy Krishna on the left edge of the box and squared it in the middle for Manvir but Rahul Bheke intercepted the ball and cleared it first-time.

Bengaluru FC saw their first prominent chance in the 26th minute. Goalkeeper, Gurpreet Singh Sandhu sent a long ball from near the centre circle and Paartalu being inside the box attempted a first-time header.However, the ball went straight to Arindam.

David Williams scores the only goal of the game 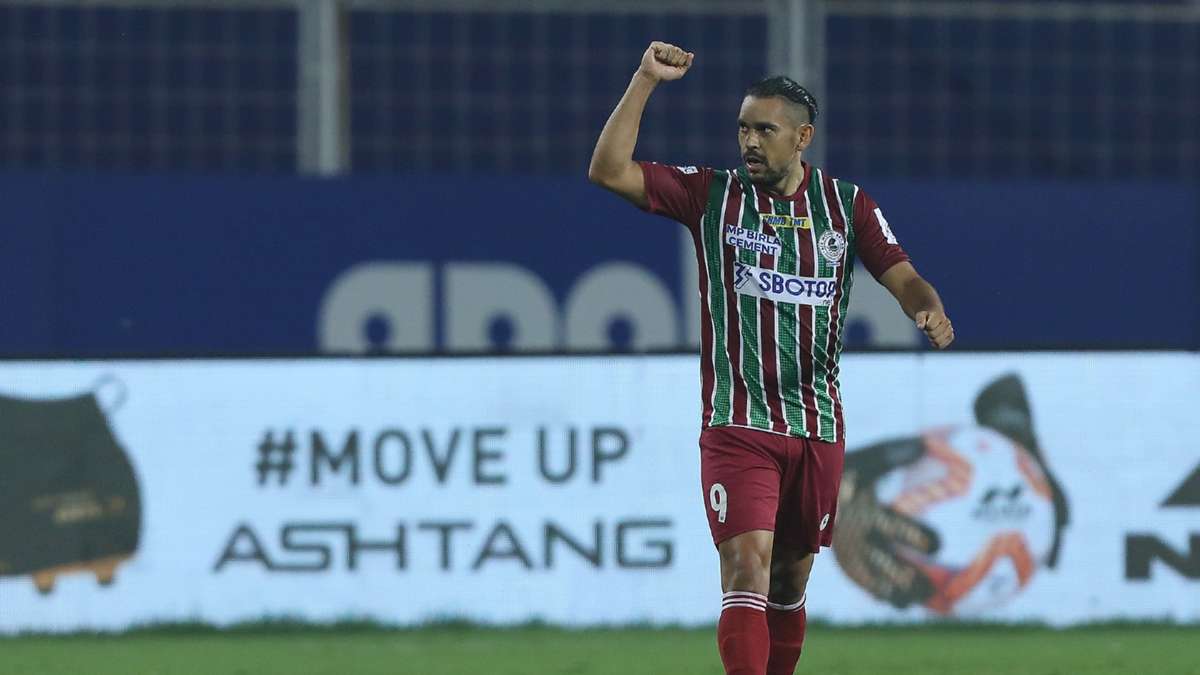 Right after the cooling break, ATK Mohun went on the front foot and David Williams scored the breakthrough goal in the 33rd minute.

From a long ball, the forward cut in from the left, went past two Bengaluru players and struck a shot from the edge of the box which went straight into the back of the net with goalkeeper having no chance.