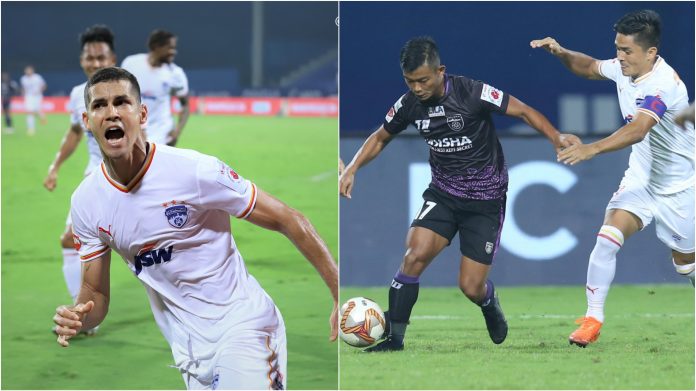 The clash between Odisha FC and Bengaluru FC ended in a 2-1 affair in favour of the latter in the Indian Super League (ISL) on Thursday evening at GMC Stadium.

Bengaluru wins and tallies three points against Odisha in the ISL 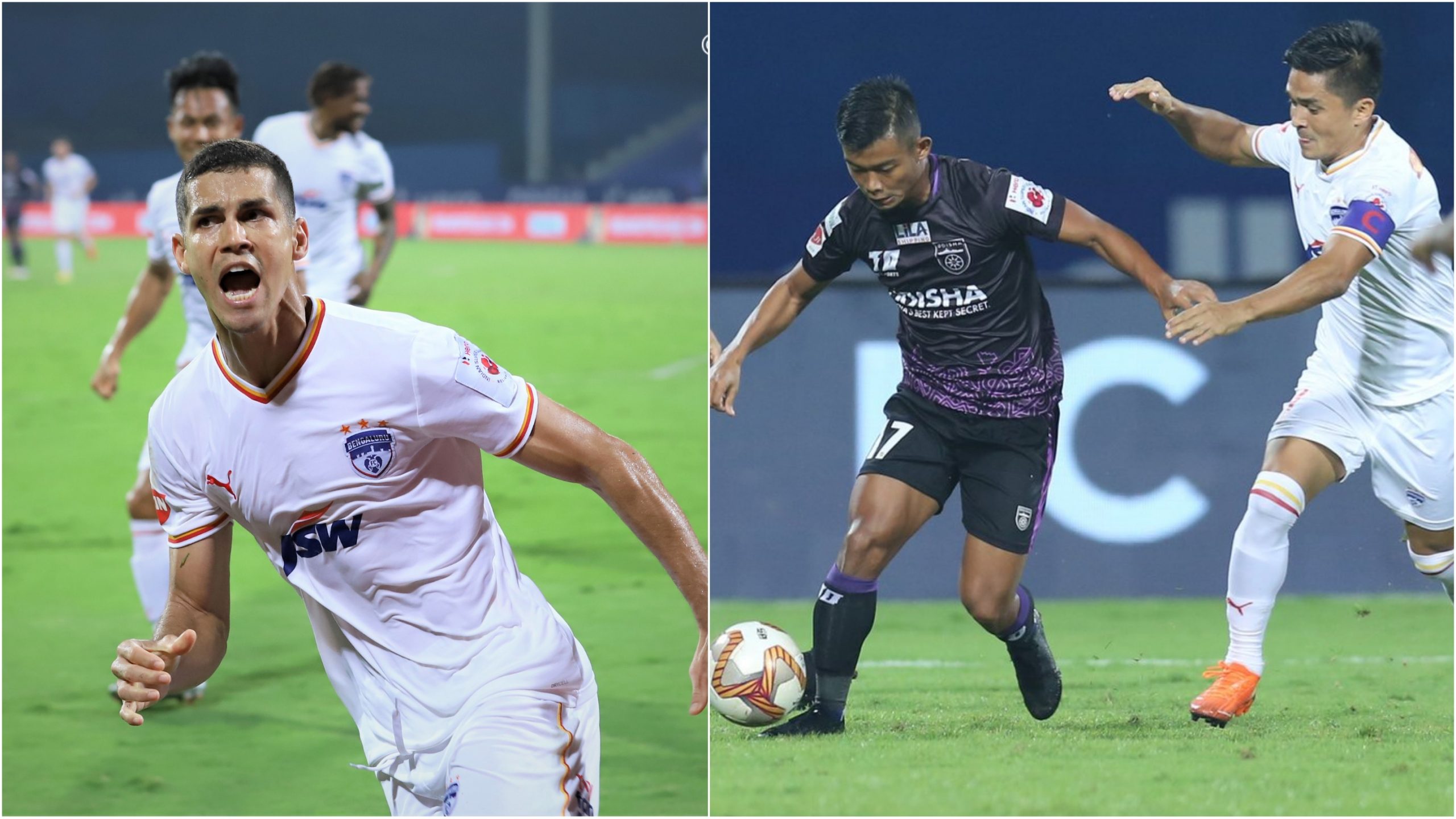 The first big chance of the game came in the first minute itself.

Dimas Delgado took the corner in the first and Odisha goalkeeper Arshdeep Singh punched it away for another corner.

This time Bengaluru attacker played it short and after a few passes, delivered it for Kristian Opseth, who attempted a volley with his right foot but he miscued it causing the ball to fly harmlessly wide.

Odisha FC saw their first prominent chance of the game in the 9th minute and Manuel Onwu had scored the opening goal. But, to everyone’s surprise, the referee pulled back for an offside.

The opening twenty minutes of the game saw end to end action as both the teams put high pressure on each other.

At one instance, Bengaluru FC got several attackers attempt on the goal but everyone missed their opportunity.

The Bengaluru FC ace striker, Sunil Chhetri gave his side the lead right around the end of the first half. His goal came from a brilliant header after a cross delivered into the box by Harmanjot Khabra.

Bengaluru led by 1-0 after the end of the first half.

After the restart, Odisha went on the offense and tested Gurpreet Singh Sandhu on multiple occasions.

Taylor equalises in the second half

Their attempts were fruitful in 71st minute when Taylor scored from Jerry Mawihmingthanga’s free-kick to level up the scores.

However, their celebrations amd hopes for gaining a point did not last for long as Cleiton Silva scored the winning goal for Bengaluru after a close range strike on the goal.

Odisha will next face NorthEast United who are unbeaten, on December 22, while Bengaluru FC will square off against second-placed ATK Mohun Bagan on December 21.