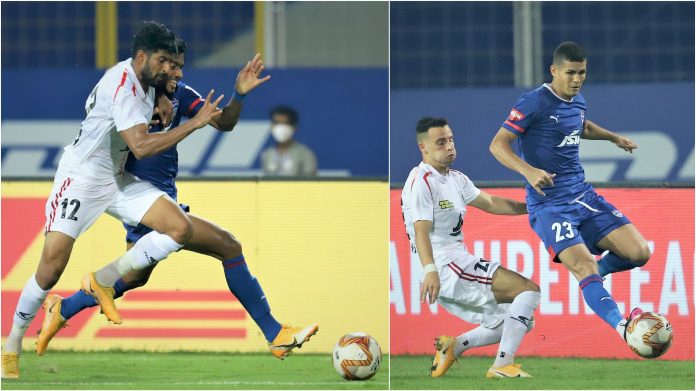 NorthEast United locked horns with Bengaluru FC in Indian Super League(ISL) on Tuesday at Fatorda Stadium. The thrilling contest ended with all fair and square scorline of 2-2 as both teams bagged one point each.

Both teams take one point home in the ongoing ISL 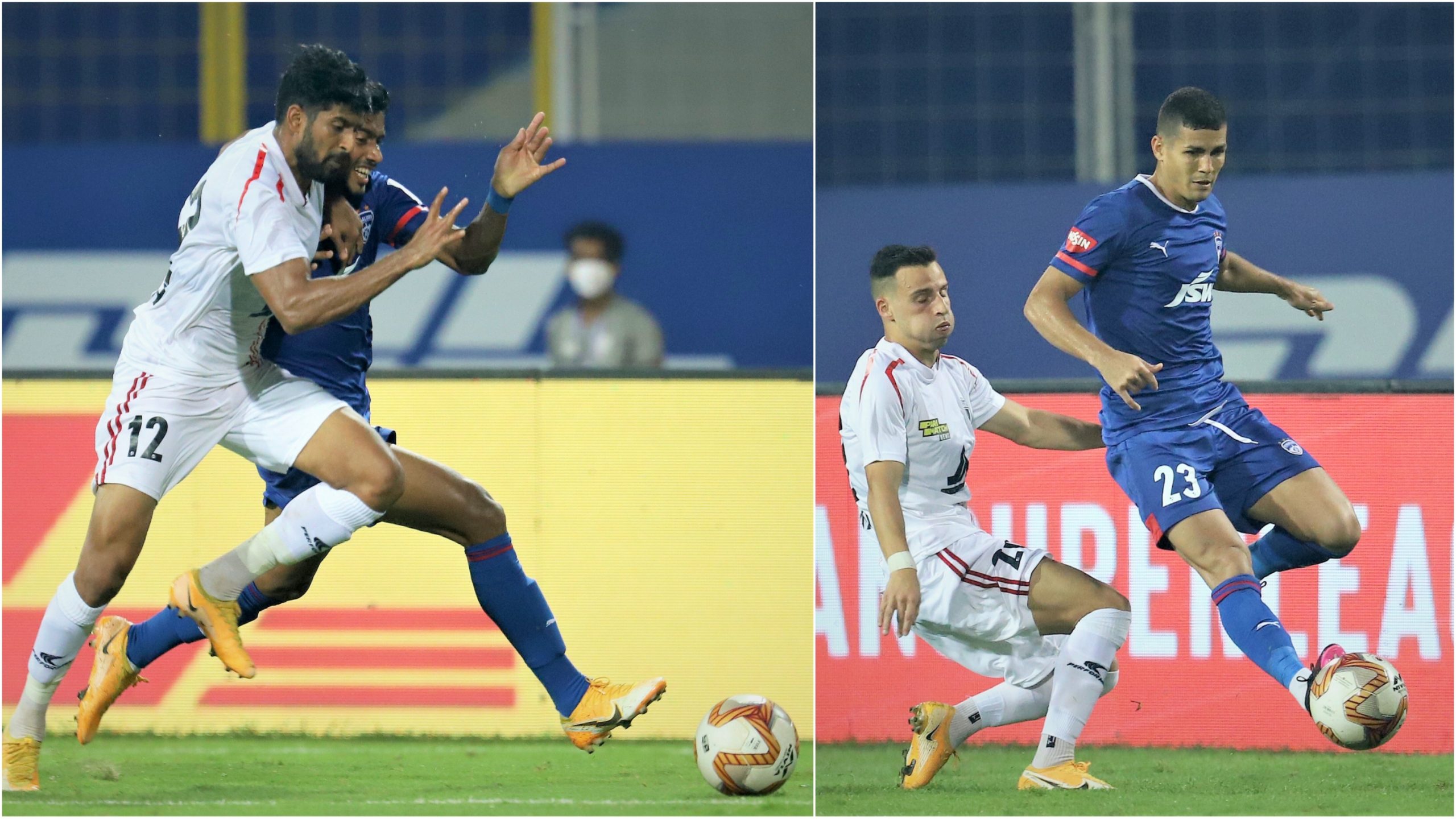 The clash at Fatorda Stadium saw, Bengaluru FC enjoy most of the possession in the first half. The first goal came in a dramatic manner as Rochharzela struck early in the game.

He gave his team the early goal. Rochharzela cuts in from the right and it took a big deflection off Machado which sent the ball into the net.

The ball was first deflected off Juanan’s foot and took a big touch off Machado’s back. There was nothing goalkeeper, Gurpreet Singh Sandhu could do about it. Thus NorthEast United led in the opening five minutes of the game.

The long thrown in routine of Bengaluru FC is pretty dangerous to deal with and that’s how it helped them get the equalising goal before the first quarter of the match.

After the NorthEast United defenders failed to deal with the long throw into the six yard box, Juanan’s close range strike on the loose ball found the back of the net.

Both the side’s left flank were strong as Bengaluru’s Ashique and NorthEast United’s Machado dominated their positions and created chances.

Machado’s goal levels up the score

It was in the 70th minute when Bengaluru FC led their opponents after a defensive mistake by the NorthEast United defenders proved to be costly.

Bengaluru ace striker, Sunil Chhetri headed the ball into the NorthEast box and defender Fox, being too casual left it for goal kick.

However, Udanta Singh took advantage of the mistake and netted the goal with his first touch. Though, goalkeeper Gurmeet Singh got a touch, he could not make the last-gasp save.

With twelve minutes still left to be played, Machado scored the equalising goal. Sylla’s pass had too much pace on the ball but Machado managed to get hold of the ball and came up with a composed finish past Gurpreet Singh Sandhu. This made sure that both teams will bag one point each.