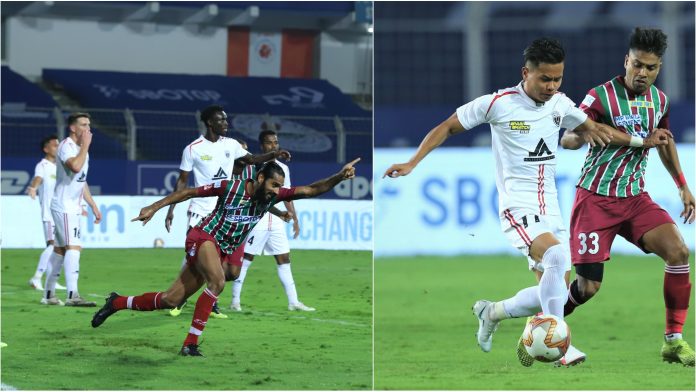 ATK Mohun Bagan got a 2-0 victory against NorthEast United in Indian Super League (ISL) on Sunday at Fatorda Stadium. 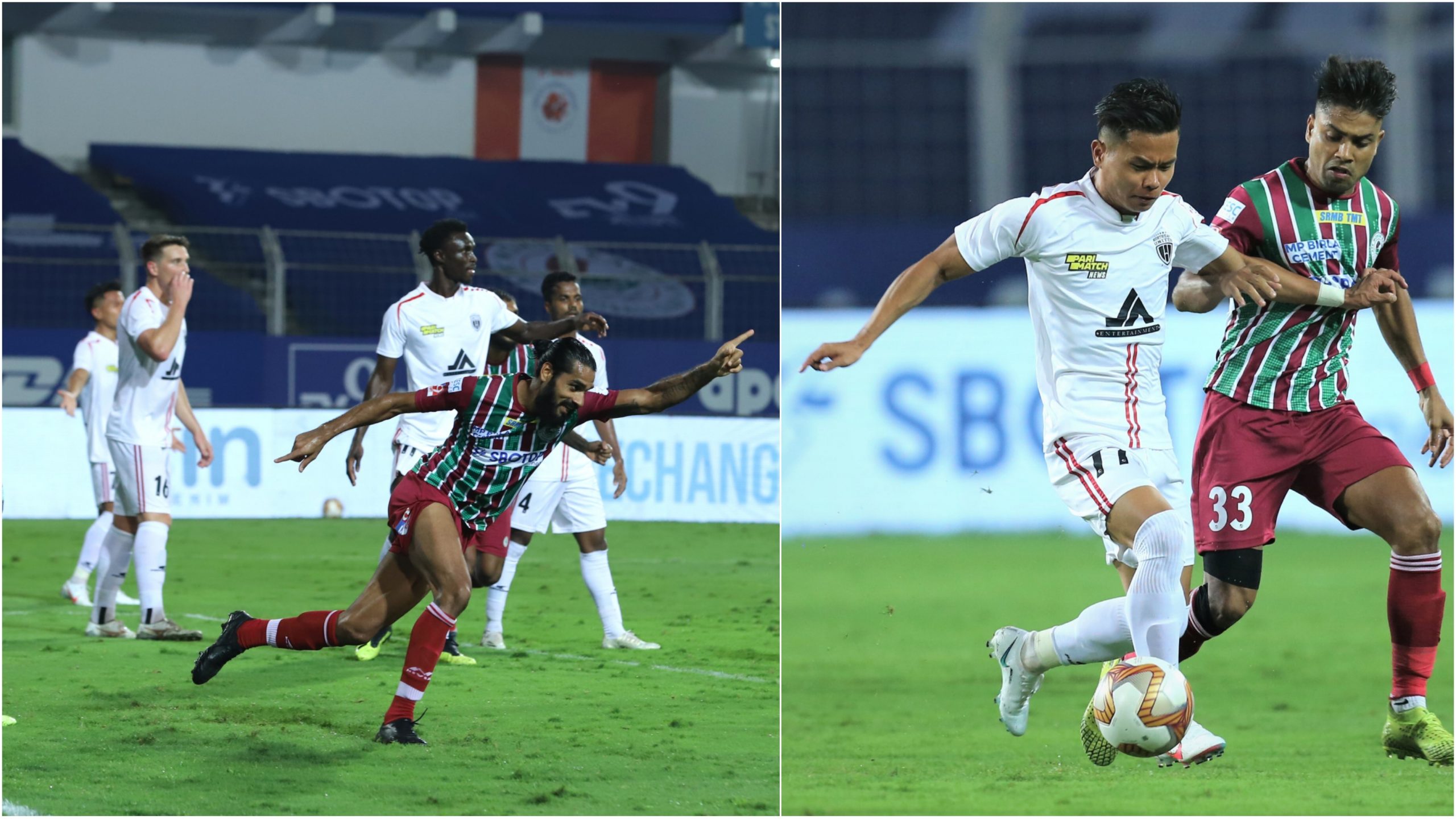 ATK Mohun Bagan dominated the possession in the opening quarter of the game as their opponents, NorthEast United were struggling to move the ball forward.

Both the teams looked dangerous on their attacks but ATK Mohun Bagan got the upper hand of their opponents.

Roy Krishna’s attempt with a curling shot from outside the box was first is saved by goalkeeper Gurmeet Singh and then again the striker generated an attack from the left flank and sent the ball into the box eyeinf for Prabir Das.

But, it was the NorthEast United goalkeeper again, Gurmeet who intercepted to keep the game deadlocked.

ATK Mohun Bagan players kept the opposite defence on their toes and NorthEast United had been struggling with their defence. The latters attack was apparently less threatening.

Prabir Das has had several chances in the first half but failed to convert in every instance. After another cross was delivered into the box, Prabir Das beat his marker to force a header which did not challenge Gurmeet in goal.

The enthralling firsf half came to an end with both the sides heading into the dressing room goalless.