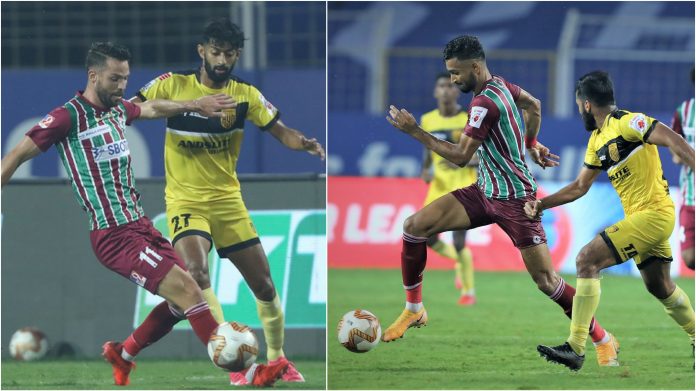 The match between ATK Mohun Bagan and Hyderabad FC in Indian Super League (ISL) ended fair and square after the scoreline saw 1-1 draw at Fatorda Stadium on Friday. 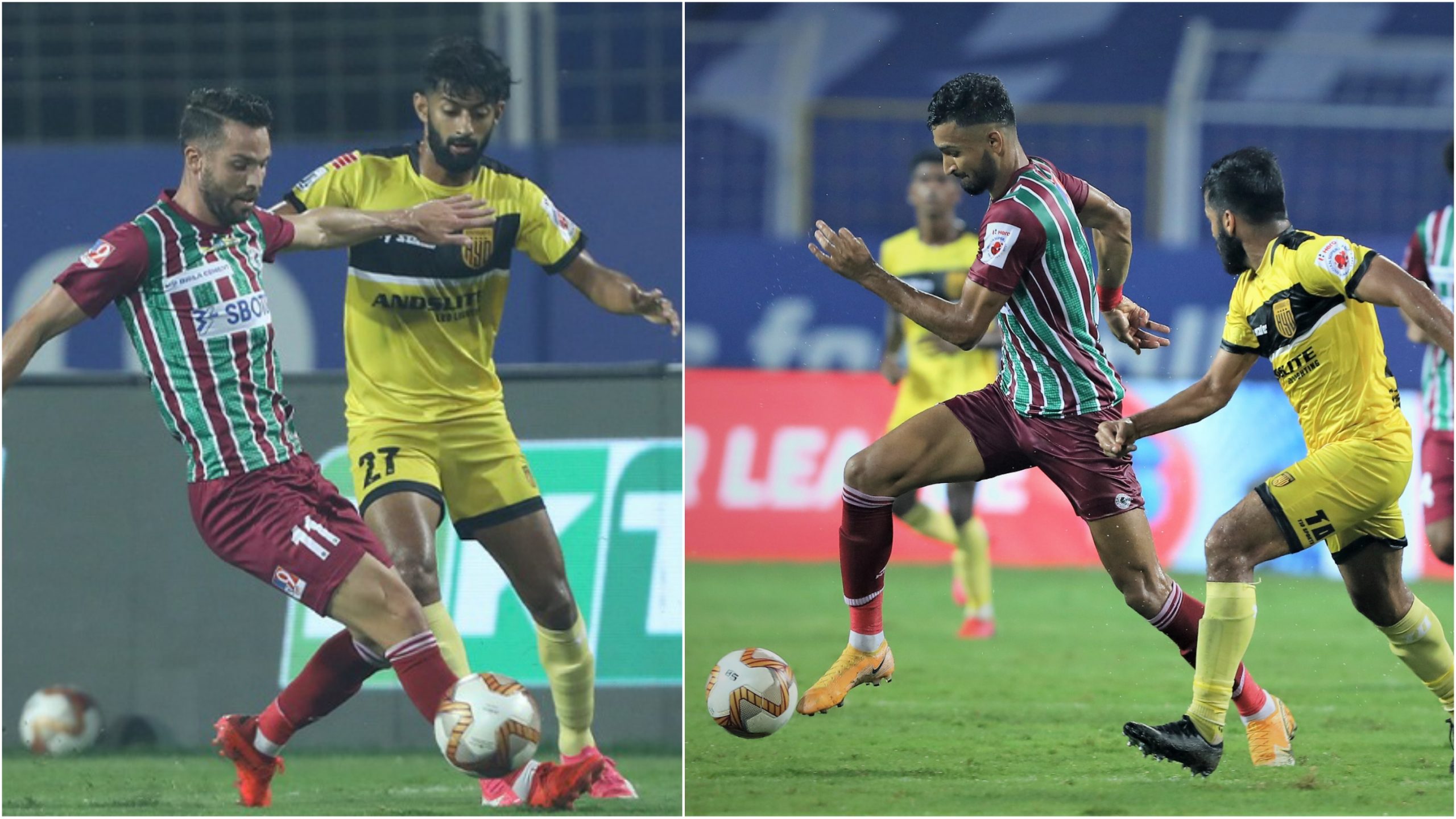 Both ATK Mohun Bagan and Hyderabad FC had their early chances in the game. Early in the game, the former’s ace striker Roy Krishna powered a header into the ground after Pritam Kotal’s cross and the bounce was perfectly judged by Hyderabad goalkeeper, Subrata Paul.

Hyderabad goalkeeper was able to make three crucial saves in the first half. Near the half an hour mark Manvir Singh and Krishna had combined well to create a chance but Paul again came up with a brilliant save.

Hyderabad, who missed their talisman, Adriane Santana were going forward well with their offense but lacked the finish which was not enough to test the goalkeeper, Arindam Bhattacharjee.

The injury time of the first half saw a save from Paul once again as he charged off his line to restrict Edu Garcia getting the possession of the ball.

Yet another controversial decision by the referee as Prabir Das’ high boot attempt to get hold of the ball caught Poojary on the jaw, Das got away with a yellow card instead of a red.

Poojary spitted blood following the reckless challenge and received treatment on the sideline.

The players of both the sides went into the dressing room goalless after the referee blew final whistle of the first half.