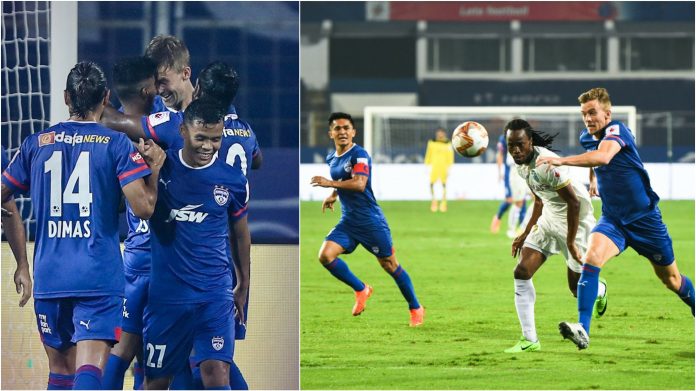 In the second match of the double header In Indian Super League(ISL) at Fatorda Stadium on Sunday saw a goal fest after Bengaluru FC emerged victorious against Kerala Blasters in a 4-2 contest. 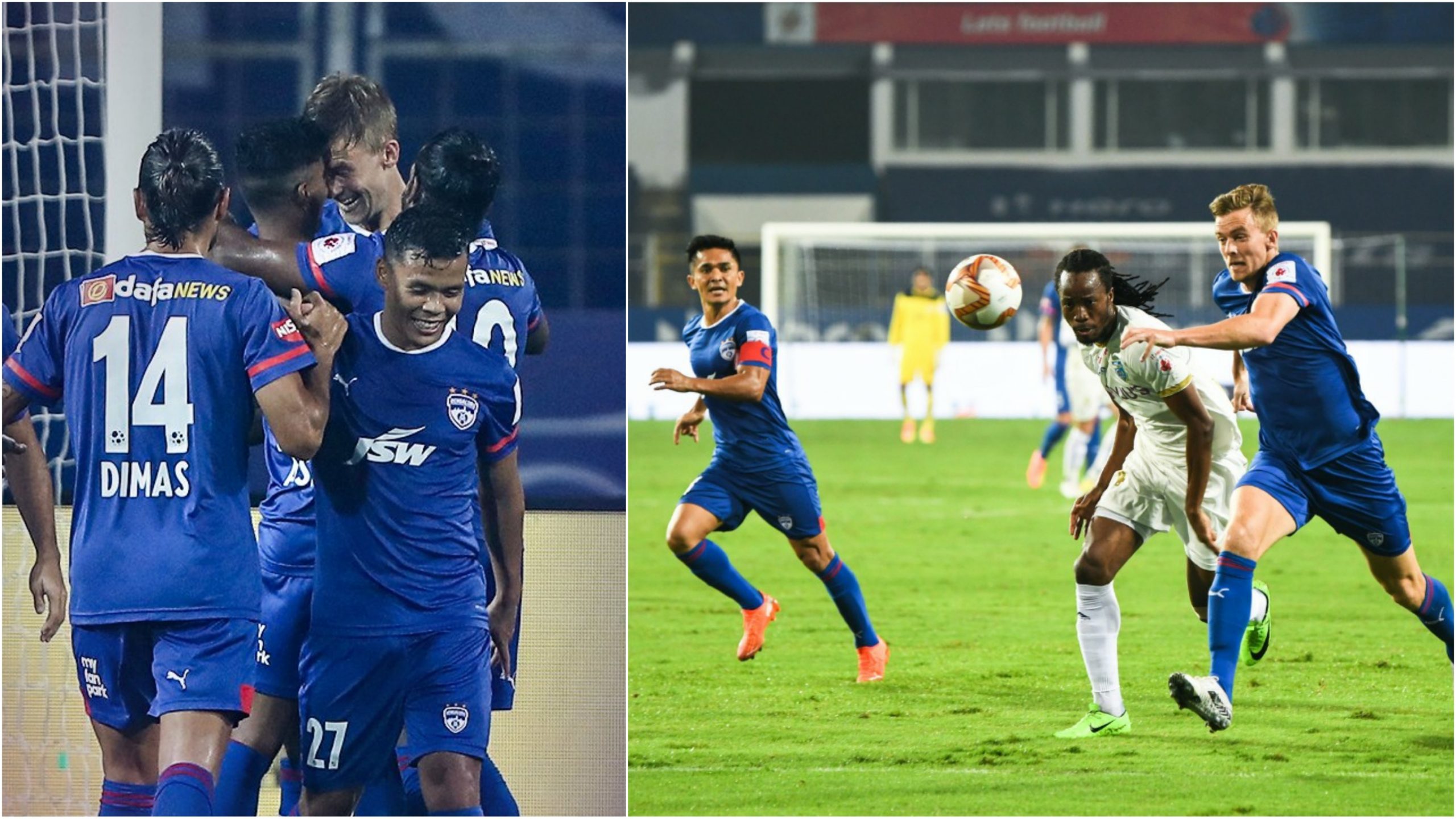 In the 17th minute Bengaluru FC’s set-piece tactic turned out to be expensive, so much so that they ended up conceeding a goal in a counter attack.

Dimas’ free kick from the edge of the penalty box fell in no-man’s land as Gary Hopper got the possession of the ball and initiated the founter attack for his team.

Having two of his teammates on both the flanks and 3-on-2 advantage passed the ball to Rahul KP on the right who sent the ball past goalkeeper, Gurpreet Singh Sandhu and opened the account for his side.

It was near the half an hour mark when Bengaluru FC pulled back a goal. After a blunder from Lalruatthara, who failed to make a clearance, Cleiton Silva scored the easy equalising goal.

In the 48th minute, Kristian Opseth was brought down in the box by Bakary Kone and Bengaluru were awarded a penalty.

The side’s ace striker Sunil Chhetri turned up to the spot but his cheeky attempt was saved by goalkeeper Albino Gomes.

Cleiton Silva pressurised Ruatthara on an Albino backpass and sent the ball in the middle. Opseth executed a dummy and Dimas arrives in the middle and struck the ball into the back of the net and gave Bengaluru a two goal lead in 53rd minute.

In the 61st minute Vicente Gomez sent the ball towards the goal and Jordan Murray pulled off a goal for Kerala to give his side hope for a comeback.

Sunil Chhetri, who failed to convert from the penalty spot netted a goal in the 65th minute by a beautiful header after a pinpoint cross into the box from Harmanjot Khabra.

This gave his team the two goal lead once again and eventually the victory as the bagged three points from the game.