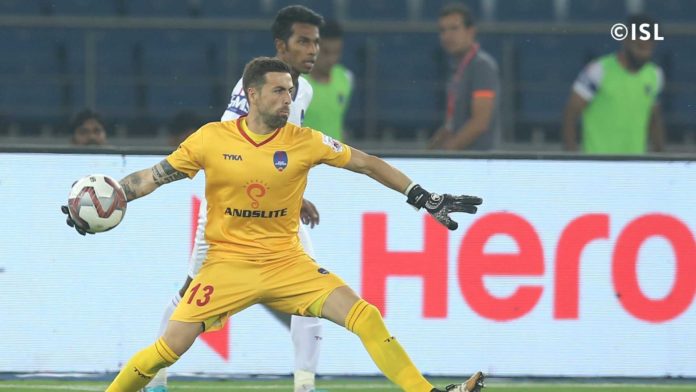 Delhi Dynamos and Chennayin FC shared spoils at the JLN Stadium in Delhi on Tuesday after the visitors failed to break the deadlock. With this draw, Chennaiyin got their first points in the table and sit on the ninth position. Delhi Dynamos, meanwhile, sit just above them with 3 points from 4 matches.

Chennaiyin could have taken the lead at the second minute itself when it took a brilliant save from the goalkeeper to deny Orlandi’s header from the corner kick. The wingers Lallianzuala Chhangte and Nandakumar Sekar troubled the away side, but their resulting crosses were poor and didn’t pose any danger.

In the dying minutes of the first half, Delhi again got a wonderful opportunity to draw first blood when Carlos Salom released Thoi Singh down the right-hand side of the penalty box only for Dorronsoro to thwart away the danger.

As the game resumed after halftime, Chennaiyin blazed all their guns to take the lead. Carlos Salem got the best opportunity of the game when he found himself in a one-on-one position with the keeper. But, Dorronsoro continued his brilliant string of saves when he denied the Palestinian from point blank range. Raphael Augusto and Gregory Nelson took a shy at goal later on in the second half, but the Spaniard didn’t give them any chance whatsoever.

Delhi Dynamos will next face Mumbai City FC on 27th of October at the latter’s home ground whereas Chennaiyin FC will travel to the City of Joy to battle out with ATK the day before.