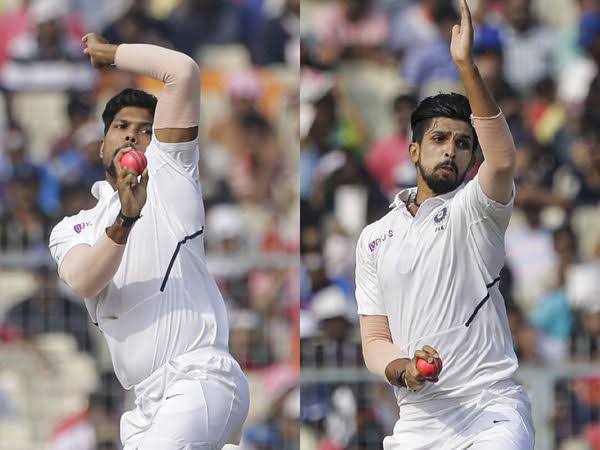 Bowlers Ishant Sharma and Umesh Yadav have been putting on a great performance in the second series of Test Matches. While  Sharma claimed a total of 9 wickets, Yadav claimed 8. The bowlers have been generous enough to share their secrets regarding their bowling resurgence. Both claimed that it was the change in their grip that made all the difference. 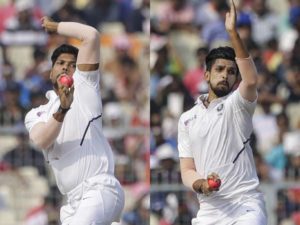 The Day-Night Test match between India and Bangladesh held on Sunday, saw Indian bowlers Ishant Sharma and Umesh Yadav go hard on Bangladeshi batsmen. They were responsible for disqualifying several Bangladeshi players. Sharma took 9 players out of the game and Yadav bowled over 8 wickets.

Sharma changed his wrist position slightly to create different angles which put left-handed batsmen at a disadvantage. He further said it was difficult for him to aim and bowl at the stumps before, but now it is possible. Sharma brought an end to 4 Bangladeshi batsman’s time on the field in the first innings and took 4 more players out in the second innings.

Talking to the Indian opener, Rohit Sharma, Yadav was quoted as saying

“My grip was different earlier so one or two balls will swing while a couple of them would either get deflected from the legs or run down the leg side for boundaries as byes, so it was difficult to control in this grip.” With a change in his grip, Yadav can now bowl inswingers as well as outswingers.