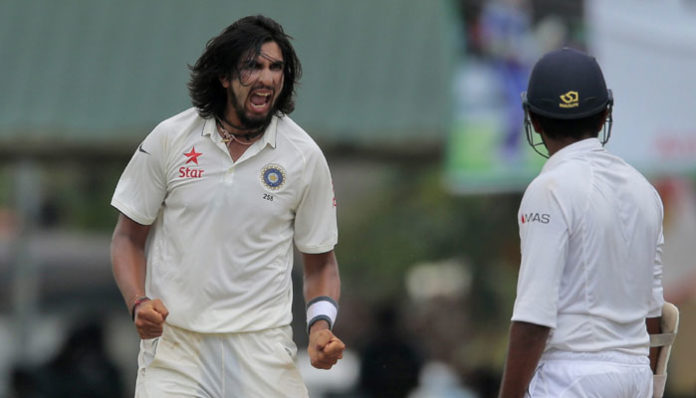 Over a decade after he burst into limelight as a 19-year-old with a spell that rattled Test cricket’s second highest run-getter Ricky Ponting India pacer Ishant Sharma is ready to give it his all in what could possibly be his fourth and final tour of Australia. The most capped Test player (87 games) in the current team, Ishant had been a part of Indian sides during tours of 2007-08, 2011-2012 and 2014-2015.

“I always go for the kill because when you play for your country, you can’t think of a second chance. I am 30 right now. I don’t know if I will be there for the next tour (of Australia in 2022-23) as I will be 34 by then. I will give my level best on this tour,” Ishant said during an interaction after playing his first competitive game in two months since the tour of England.

Ishant, who got 18 wickets in five Tests in England, talked about how he has grown into a much mature bowler and how he shares his experience to the youngsters so that they can become good seniors to their respective juniors, Ishant said he has learned to bowl according to the field and situation and has grown mentally as well.

“I am matured right now and I know my field settings and bowl according to situations. As you grow old, there is lot of wear and tear in your body. It’s all about the mental state. If you are fit and in good mind space, you can say you are bowling well. I  share my experience, I mean whatever experience I have. I can set the field and tell them which lengths to bowl on particular tracks. Once the younger lot becomes senior, they should also then guide the juniors,” said Ishant, who has 256 wickets from 87 Tests.

Ishant has done most things right in the past two years and it is his time to shine yet again at a place where he earned a name for himself when he was just 19 years of age.

India will lock horns with Australia in a long away tour consisting of three T20Is, four Tests and 3 ODIs. The first T20I is scheduled to be played on November 21.