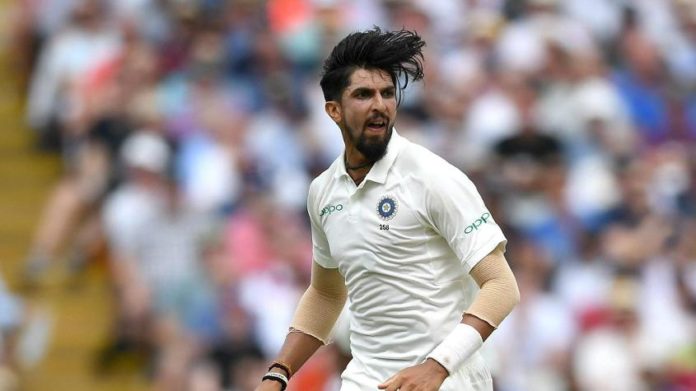 Team India will sense their opportunity to win a away series vs Australia when the two teams meet down under on December 6th. But the Indian pace spearhead Ishant Sharma feels that the Australian side which will be weakened in the absence of Steve Smith and David Warner is still expected to cause serious problems. 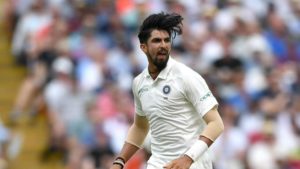 The all important Border-Gavaskar trophy will kick off on December 6th with the first test at Adelaide. But before that, the visitors will play a warm up game vs Cricket Australia XI to get accumulated to the conditions.

“We don’t really think about all these things. It depends on a given day. In cricket whoever is playing for the country is good enough. Till the time we get the results, we don’t take anything lightly.

“We are pretty motivated. The aim right now is to win the series and that is what everyone is focussing on. We don’t even think of personal performances, just one aim, to win a series in Australia,” said Ishant.

“The tour game is serious because it will set the tone for us. You get to know the conditions because you are playing here after a long time. So you can get into the groove and get used to the conditions,” he added.

After some near to perfect bowling display from the pacers in the previous two tours, Ishant Sharma feels that those performances only adds to the pressure to perform even better in the upcoming tour. He also added that he is egar to win a away series while not thinking about the individual performances.

“Pressure is there but I think it is a great opportunity as well. We have a healthy competition in the pace attack. If you are not doing well, you can be left sitting out and watching the game.

“I have played 11 years now so I don’t need to think about what I need to do well. I’m not that kind of person who thinks about what happened in the past. I’m looking forward and I’m going to do well on this tour as well,” Ishant added.

When asked abut the charisma that captain Kohli carries onto the field, Ishant replied that, “Everyone is passionate because we are always motivated to win a series, not just in Australia but when we played in South Africa and England too, we were pretty motivated to win the series. That’s the biggest opportunity for us right now. We always have a good balance of players in our side, who can do great things for us, so it’s very promising.”

India’s practice game vs Cricket Australia XI sees them face a side that isn’t as strong as the main 11. But Ishant pointed out that the visitors are focusing more on what needs to be done rather than the quality of opposition.

“I never think too much about all these things because if you go with this kind of feeling then you relax a bit,” Sharma said about the tour-game opponents. “It’s always better to be on your toes and be ready for your opportunity when you hit the ground. Our bowling combination depends on wickets and conditions. So it is very early to talk about combinations.

Cricket: Krunal Pandya says that he doubted his abilities following the Brisbane howler