Promising and talented Bengal pace bowler Ishan Porel has got a big blow even before he could see his dream of playing for India becoming fulfilled. A series of injuries continued to halt his dream as he has been sent back home from Australia after he has sustained a hamstring injury during a net session. 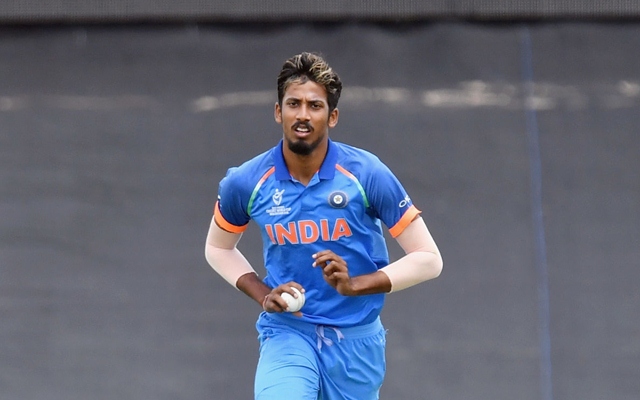 “Ishan Porel has a hamstring injury and is already back in India for the past few days. It’s a hamstring injury but the degree of it can only be assessed once he goes to the NCA for assessment,” a senior BCCI source said to PTI on conditions of anonymity.

Ishan Porel was one of the net bowlers alongside the youngsters like Kartik Tyagi, T Natarajan and Kamlesh Nagarkoti for Australia tour but Nagarkoti had to be pulled out his name even before the team had left for Australia due to his frail body needing workload management as he was also recovering from injuries which he sustained before.

With Thangarasu Natarajan has been named in the main squad, India’s pure net bowling options have been reduced to only one where only Uttar Pradesh pace bowler Tyagi has been helping out the batsmen in the nets.

Meanwhile, Ishan Porel, who was a part of the Kings XI Punjab in the IPL 2020 in Dubai, didn’t get a single game to play but his red ball performance during the Ranji Trophy and Duleep Trophy and India A tour of New Zealand in the last season – impressed everyone and helped in his selection as one of the four net bowlers for the ongoing series.

The speedster was one of the key players of India’s U-19 World Cup squad, which India won under the leadership of Prithvi Shaw in 2018. Earlier too he had a lengthy injury break but bounced back well during the last domestic season.

“If it’s a grade 1 tear, there is every chance that Porel will miss the Mushtaq Ali Trophy which is not great news for Bengal. We will now have to wait and see how his rehabilitation goes in Bengaluru. Hope he is not out for too long,” the source further added.